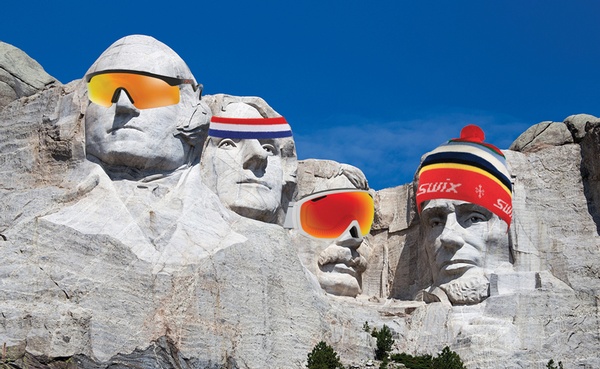 Attention Durango uber studs and studettes, honches and honcheras, and badasses of all types: your time has come.

After decades of slogging through your sufferfests with little or no accolades – other than an occasional Olympic medal or a packet of complimentary GU – your athletic prowess can now live on longer than the 15 minutes of fleeting fame in rinky dink rags like this.

“There is not one person from Durango in the Colorado Athletic Hall of Fame,” local organizer Dale Garland protested. This, despite Durango being home to some 30-some-odd (and counting) Olympians, national champions and other professional sporties. “That gives even more credence that these stories need to be told,” he said.

Garland, of Hardrock Hundred fame, hatched the idea for the Athletic Hall of Fame along with Iron Horse Bicycle Classic Director Gaige Sippy and the late, great Ed Zink, who passed away from a heart attack last October.

As the granddaddy of the Iron Horse and longtime owner of Mountain Bike Specialists, Zink often spoke to the two of the need for an honest-to-goodness, official way to formally recognize Durango’s impressive stable of elite athletes.

“Over the last four or five years, at various times, both Gaige and I had conversations with Ed about a Hall of Fame,” Garland recalled.

When the two ran into each other at Zink’s memorial last November, they decided to make it official. “We decided now’s as good a time as any to honor Ed’s memory, and it’s something Durango could use,” said Garland.

The two made a date to talk details, since those types of things are typically frowned upon at somber events such as memorial services.

“We met up later and had a beer and talked about what it might look like,” Garland said.

One of the first things they realized in that proverbial cocktail napkin sesh was that they needed more input. They put out the call to community leaders, sports organizations, media and the like. They gave them the pitch and ended up hitting a home run, if you will.

With the blessing of community members, the two set about planning the next steps: bylaws, criteria, the nominating process, websites and other considerations.

One thing they realized as they opened the process up to the community is that Durango’s athletic greats extend far beyond the jocks and jockettes to coaches, boosters, trainers, writers, event organizers and mentors.

“It expanded to a much larger group than we ever imagined,” Garland said.

And with that, the Hall of Fame also expanded its scope. Not only would it serve to recognize those who embodied athleticism in a positive and meaningful way, but it would provide education and philanthropy to help keep the local winners coming down the homestretch.

And although when most people think Durango, they think Herculean two-wheeled pursuits, the Hall is meant for all athletes, from rodeo stars (bulls and whitewater) to skinny skiers to champion curlers (of which, we sadly know none.)

“If readers know of any national champions or professional athletes out there, shoot it to me,” Garland said.

In fact, learning about these under-the-radar athletes has been part of the excitement of putting the hall together.

“It’s been fun to have these conversations and learn about these people who do a variety of stuff,” he said. “Sure, we have Travis and Ned, but I didn’t know we had NFL and MLB players; beach volleyball, kayaking, canoeing ... .”

Of course, what would a Hall of Fame be without a nomination and an induction? Now through April 30, folks can nominate their favorite local hall of famer. Garland refers to this inaugural class as the “Mount Rushmore” of Durango athletics. “Who are the iconic figures?” he asked.

The top 10 will be chosen by a seven-member panel and inducted Mon., Oct. 26, at a ceremony at the Fort Lewis College Community Concert Hall.

Although their faces will probably not be enshrined in the side of the Hogsback, there is talk of a real brick and mortar hall, or possibly a roving Hall of Fame (#sprintervanoffame.)

Again, organizers are looking to the community for guidance on what they’d like to see.

“If this does evolve and get bigger, it’s something we could do,” Garland said. “It would be a great thing for visitors to come and see some of the great things people in Durango have done.”

Who do you love?

Nominations for the inaugural Durango Athletic Hall of Fame are broken down into three major areas: mountain/outdoor; court/field; and water.

Nominations accepted until April 30, with the 2020 DAHOF induction on Mon., Oct. 26, at the Community Concert Hall.

Anyone is invited to nominate their favorite local sports hero, living or dead, however, the selection committee is looking for inductees who meet certain criteria:

• When considering inductees, the athlete’s whole body of work will be considered.

• To be considered, a candidate must have strong ties to the Durango community either through their birth, residence, the lasting influences of their experiences here, or by having made their mark here.

• Inductees should reflect as many of the following attributes as possible: inspiration of others; significant and enduring contributions to their sport; elevation of their field; contribution to a new perspective on their sport; and conveying credit and/or recognition to the Durango community.

The link to nominate someone (which is incredibly too long for print) can be found in the story on the Telegraph’s website, www.durangotelegraph.com; on the DAHOF Facebook page; or by emailing durangoathletichalloffame@gmail.com.