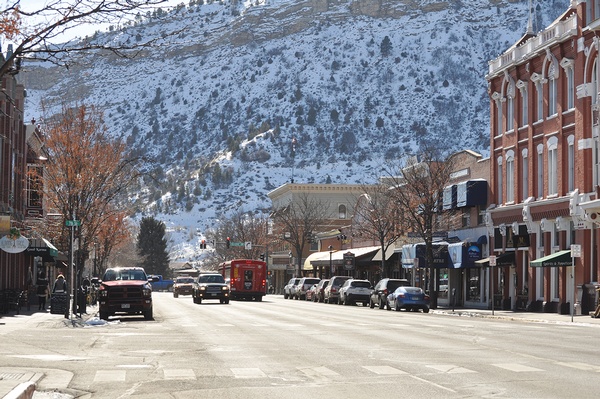 For more than a decade, Local First has supported independent businesses in La Plata County through programs like Noel Night, the Local Coupon Book and Harvest Dinner. Now, the nonprofit is venturing into community-wide needs with its new sister organization, the Local First Foundation./Photo by Tracy Chamberlin

Keeping it local isn’t just about shopping at small businesses in La Plata County. It’s more than buying gifts on Noel Night or getting the latest Local Coupon Book.

The mission is also about finding ways to produce renewable energy in the Southwest, and learning how to bargain for better health care as a community.

As Local First looks back on more than a decade of working to support independent businesses in La Plata, the member-driven nonprofit is taking the next step with the creation of a sister nonprofit – the community-driven Local First Foundation.

“It’s two sides of one coin,” said Monique DiGiorgio, who’s transitioning from her role at the helm of Local First to be the new executive director of the foundation.

According to DiGiorgio, the Local First Board of Directors had been toying with the idea of creating a nonprofit foundation for years.

It’s intended to be separate from the membership arm of Local First, but shares the same goals – working to build an economy that values people, the planet and prosperity for everyone.

The road the two entities take to achieve these goals is where they differ.

While the member-driven Local First nonprofit side will continue to advocate for independent businesses in La Plata County, the foundation side will work on issues that affect the Southwest community more broadly.

Local First will support its members in much the same way it has in the past – through the Local Coupon book, which comes out every year; the Harvest Dinner, a fundraising opportunity to highlight the benefits of a local food system; and Noel Night, the nonprofit’s signature holiday celebration in downtown Durango.

The foundation’s focus, however, will be on issues that affect the entire region, like health care and renewable energy production.

“We hear directly from our businesses and residents that health care is one of the biggest issues they’re facing,” said Kiki Hooton, who served as the program and membership director for Local First and now takes over as managing director.

But as a 501c6 nonprofit, Local First was unable to access specific grants and other tools that could help residents in the Southwest tackle the problem. With the foundation now in play, they’re able to move forward.

The first step, which was funded by a grant from the Rocky Mountain Health Foundation, was to assess the community’s needs, goals and obstacles to affordable health care.

One possibility floated during the initial meetings was to create a local health care cooperative that could negotiate on behalf of Southwest residents. It’s been done before in Summit County through Peak Health Alliance, the same group now working with the foundation.

At this point, the foundation has asked anyone – business or individual – who might be interested in a health care coop to pen a letter of interest (a template of which is available on the foundation’s website). This will help the alliance gauge the feasibility of the plan.

“It puts us in the driver’s seat of negotiating directly with our health care community,” DiGiorgio said. “It’s as local as it gets.”

Another key program for the foundation is “Power Local.” It’s about finding ways to produce more renewable energy locally, which not only has environmental and economic benefits, DiGiorgio said, but is also more reliable.

“To the extent that we’re able to build this local self-reliance in La Plata County, it makes us more economically vibrant. It makes us more resilient,” she added.

The third thing on the foundation’s plate right now is Durango’s Creative District.

After receiving the official designation from the state at the end of last year, the district is ready to start developing its own programs, starting with Creative Discussion Panels already in the works. Likely panel topics include “Compensation & Contracts,” “Curiosity About Collaboration” and “A Grain of Salt: Taking Feedback in Stride.”

As the Creative District continues to grow, it could eventually become yet another arm of Local First.

“There’s this story of incubation and nurturing that’s happening,” DiGiorgio said. “The foundation can play a key role in the community to help get these things off the ground, and eventually those programs can become their own thing.”

DiGiorgio said the foundation will remain under the Local First umbrella for the foreseeable future, leaning on many of the nonprofit’s resources in the coming year.

However, she pointed out, the two will not share funding sources.

The bookkeeping will be completely separate, which is necessary for the foundation to make the most of its standing as a 501c3 nonprofit. This designation opens the door to grants – like the Rocky Mountain Health Foundation grant – and other funding sources Local First has not been able to tap as a membership-based 501c6.

“When we’re speaking of Local First, we’re really speaking of both organizations,” Hooton said. “It’s really just another tool in our toolbox for the Local First mission. 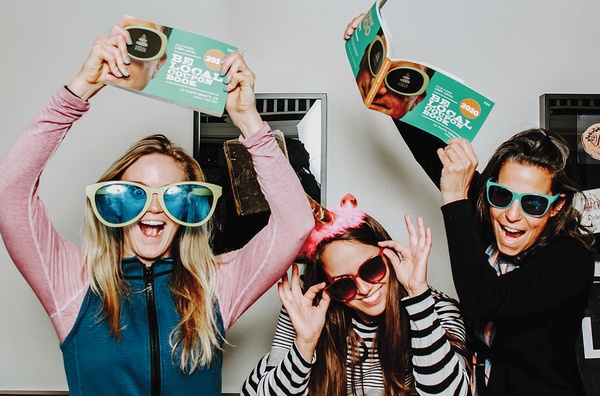 • For the next couple weeks, businesses and individuals interested in a healthcare cooperative for Southwest residents can let Local First and their partners know by sending a letter to foundation@local-first.org. To access the form letter or find out more about the foundation’s efforts, go to foundation.local-first.org.

• To get involved with the Durango Creative District or check out the upcoming panel discussions, visit durangocreativedistrict.org.

• Finally, get links to the new endeavors or check out Local First’s current programs by going to www.local-first.org.