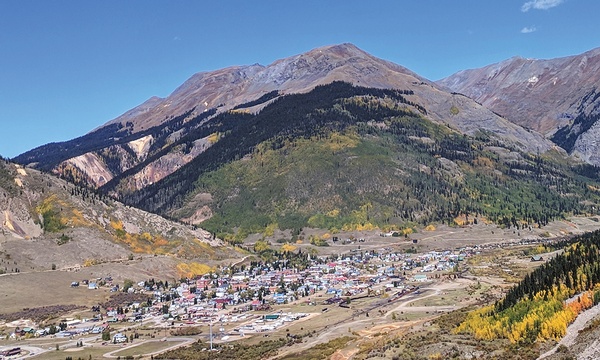 In an effort to diversify the local economy and bring more recreational options to Silverton, the Silverton Singletrack Society proposed 30 miles of new trails on this hillside overlooking town, known as Baker's Park. The trail system was approved this week by the BLM, which manages the land, and construction on phase one of the trails is expected to begin next summer./ Courtesy photo

The wait is over. After years of an uphill battle to bring more user-friendly riding to­ Silverton, mountain bikers have gotten their wish.

This week, the Bureau of Land Management gave its blessing to 30 new miles of singletrack on land it manages just north of the small town. Known as Baker’s Park, the trails are part of the newly updated Silverton Travel Management Plan, which represents years in the making.

“We are pretty dang stoked,” Klemens Branner said Tuesday from Silverton. Branner is the president of the Silverton Singletrack Society, which spearheaded the effort to get more – and better – riding options around Silverton. “It’s been a long road to get to this point,” he said.

According to Branner, currently there are only about 10 miles of rideable (for mere mortals, that is) singletrack around the town, which, as we all know, is surrounded by prime riding terrain.

“We have awesome mountain biking in Silverton, but it’s rugged, rough around the edges, extreme and not very well maintained,” said Branner. “If you’re an expert, it’s a great place to be. But if you’re like me – not an expert – there’s not much.”

That’s where the Silverton Singletrack Society, or SSS, got its start in 2014. The idea was to offer some opportunities to explore the area on two wheels (*and without a throttle, but more on that in a minute) while also revving the local economy.

“We wanted to cater to everybody – including ourselves – and to help with the economy and get a different segment of tourists,” he said.

That latter part of the equation has become particularly poignant with the shutdown of the town’s summer lifeblood, the D&SNGRR, first in 2018 due to the 416 Fire and then again this summer because of COVID.

The idea for more biking options in Silverton got a fortuitous break when the BLM announced it was updating its travel management plan for the area a few years ago. With the help of the International Mountain Biking Association, the SSS drew up a concept for trails on a hillside on the outskirts of town known as Boulder or Storm mountain. And, as it just so happened (after all, it is a small town) Branner’s wife, Lisa, worked for the town and helped arrange community meetings to gauge interest and sentiment. Soon, with the approval of both San Juan County and the Town of Silverton, the plan was brought to the BLM in 2019 for final public scoping and, eventually, sign-off.

“It all just worked out really well, our plan was part of a larger plan,” Branner said.

Although the Baker Park plan did find broad support, it was not without its detractors, with some residents expressing concerns over impacts to the already fragile tundra as well as wildlife, including the threatened Canada lynx. Branner said steps were made to limit impacts, and one trail above treeline was not approved by the BLM due to wildlife concerns.

The main priority for next summer will be to build what Branner calls a “big blue loop,” which is made up of trails 1, 2, 3a, 3b, 12 and 4c (which hopefully will receive catchier names by then.) He expects the easier trails to be built with the help of professional trail builders and youth corps members, while the burlier black trails will have to be hand-dug by group members and volunteers.

Speaking of which, if you’ve been sitting on the fence about joining the SSS, now’s the time. Branner said there are about 50 full-fledged members, from Silverton, Durango and nearby places, but he has more than 1,000 on his e-mail list. “Hopefully they’ll turn into full-on members now that we’ve gotten approval,” he said.

In addition to the 30 miles of trails in Baker’s Park, the newly updated Travel Management Plan officially incorporated 12 miles of existing routes and also added a new 1.6-mile dirt bike connector in Minnie Gulch. The latter, which will connect dirt bikers to an extensive Forest Service network, allowing them to make a loop, was perhaps the most contentious part of the plan. The Minnie Gulch area is prized for its solitude, wildlife habitat and is home to the Minnie Gulch Ute Trail, home to prehistoric cultural sites important to area tribes.

The BLM said it agreed on mitigation measures with the Southern Ute Tribe to reroute the new dirt bike trail away from the Ute Trail and to install interpretive signage along the Ute Trail, which will be open to foot traffic only. In addition, the Ute Trail will be monitored for abuses, and enforcement stepped up, if necessary. The dirt bike trail will also be closed seasonally every year for wildlife until July 1 or the first snowmelt, whichever comes later.

Overall, the BLM said the plan reflects its overarching goal to meet the increased recreational demand on public lands.

“This decision responds to requests from the Town of Silverton and recreational user groups for more trails in the area,” BLM Gunnison Field Manager Elijah Waters said in his record of decision. “The roads and trails authorized by this decision will enhance the recreational offerings and access to public lands in the area for residents and visitors alike.”

For more info on the SSS, go to: www.silvertonsingletracksociety.org. For more on the Silverton Travel Management Plan, go to: https://go.usa.gov/xmMab. 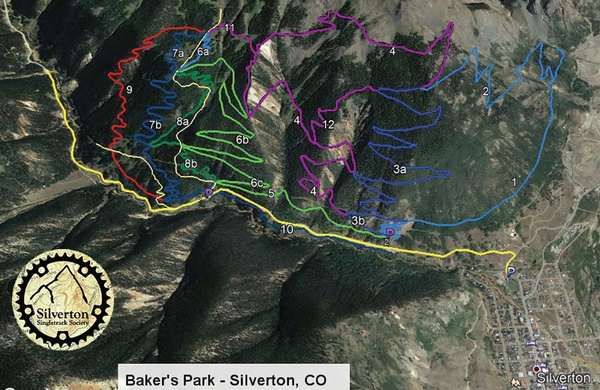