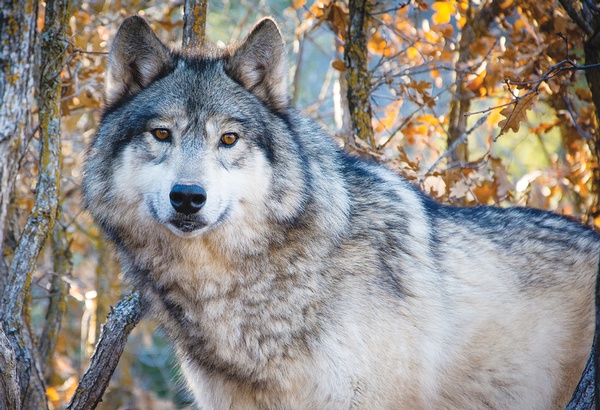 Gray wolves once called the Colorado mountains home. They were essential to the ecosystem in the western part of the state and key to the culture of its inhabitants. But, the gray wolf vanished from this part of the world almost a century ago.

In recent decades, however, restoration projects in other parts of the country have been successful in bringing the wolf home, including in Yellowstone National Park and the southeastern United States.

Today, there is one last patch of perfect gray wolf habitat – western Colorado.

“When I look at the future, I see this last piece of the puzzle,” he said.

Phillips served as the project leader for the Yellowstone wolf restoration project, co-authored The Wolves of Yellowstone and co-founded the Turner Endangered Species Fund. He’s been on the frontlines of wolf restoration for decades and plans to share some of his stories at the Durango Wolf Symposium on Thurs., Nov. 29, at Fort Lewis College.

The event will feature nine speakers, all coming from different sides of the restoration story. Phillips will be joined by ranchers, tribal leaders, college professors, environmentalists and a retired member of the U.S. Fish and Wildlife Service.

“In a small town like Durango, we’re neighbors with folks with opposing views,” Kim Piper, spokeswoman for the Durango Wolf Symposium and a volunteer with Wolfwood Refuge in Ignacio, said. “This is a ranching community; this is a progressive community.”

Piper said more and more people are talking about wolf restoration in western Colorado, and this was the right time to get neighbors together to share their personal experiences and stories.

Much of the conversation will be about the possibility of a wolf restoration project in Colorado, who that would affect and how to address concerns. But, Piper said, it will also be about tackling the negative mythology surrounding the wolf.

“People just don’t know about the gray wolf,” she added. “There are so many old wives tales.”

The mythological wolf, the one that confronted Little Red Riding Hood or blew down the three little pigs’ homes, is not the one that once roamed the mountain ranges in western Colorado.

Wolves were actually one of the first domesticated animals, according to Phillips. People have spent time living with wolves and their domesticated descendants for probably thousands of years.

Phillips explained that’s really one of the aims of the Durango Wolf Symposium – to tell the true story of the gray wolf.

“Wolves are not the boogey man people expect them to be,” he added.

The gray wolf does not represent a threat to human safety, Phillips said, but it can be a threat to individual ranchers. Smaller ranching operations face plenty of challenges, keeping their livestock healthy, thriving and profitable. Their job is not  made easier by gray wolves.

This is one of the reasons to have the conversation, he added, because there are proven techniques to address these potential conflicts.

“We need to make sure that ranchers affected by gray wolves are made whole,” he said.

In just the past week, the U.S. House of Representatives passed HR 6784, or the Manage Our Wolves Act. This bill would essentially remove the gray wolf from the Endangered Species List, an idea that’s gathered steam with an increase in reported wolf sightings in Colorado. But, according to experts, these sightings do not mean there is a sustainable or successful population here.

It’s uncertain whether the Manage Our Wolves Act will make it through the U.S. Senate or overcome any of the other legislative hurdles before becoming law.

But, in the end, it might not matter to Coloradans.

Essentially wolf restoration is a local issue, Phillips explained. The decision to support a return of the gray wolf to Colorado does not have to be made at the federal level, nor does it require the gray wolf remain on the Endangered Species List.

Any restoration project can be initiated at the state or even regional levels.

Several years ago, communities across the Rocky Mountains came together to talk about the threat to the sage grouse, Phillips cited as an example. Instead of listing the bird on the Endangered Species List, which would have required federal intervention, regional stakeholders came together to create a plan that protected the sage grouse habitat without destroying industries, like ranching or oil and gas, that operated on the same lands. 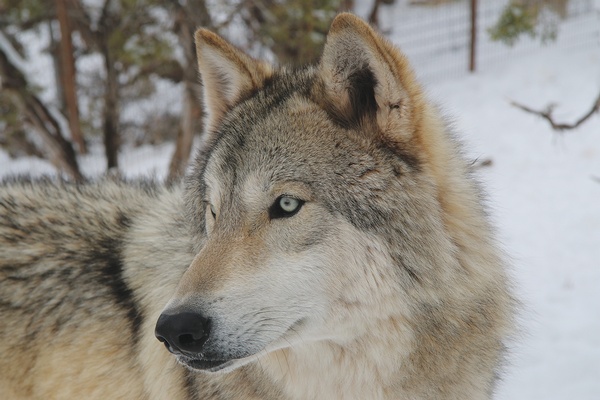