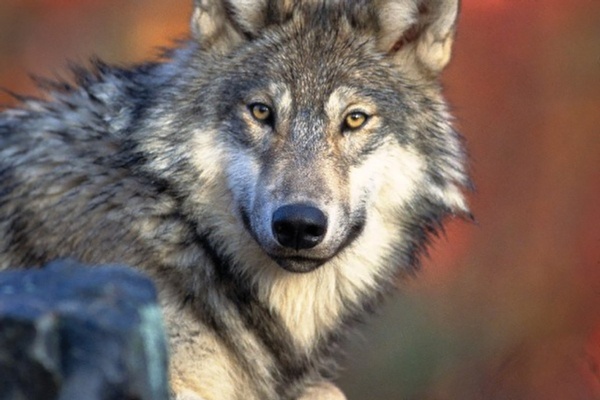 The measure directs state wildlife managers to reintroduce gray wolves to the Western Slope by the end of 2023. According to supporters, it’s the first time voters – in any state – have decided whether to bring back an endangered species.

“Now, together with biologists, ranchers, wildlife watchers and hunters, we will lean in to craft a future where co-existing with wolves is a widely shared value,” Rob Edward, of the Rocky Mountain Wolf Action Fund, announced in a message to supporters on Nov. 5.

Although the Associated Press had not formally called the race, which was still separated by 30,000 votes at the time, opponents conceded Thursday after determining the outstanding votes likely would not allow them to make up the gap.

In a message to opponents of the initiative, Patrick Pratt, deputy director for Coloradans Protecting Wildlife, which fought the measure, said ranchers and hunters mounted an effective campaign, nearly overcoming wolf supporters despite a $1.3 million fundraising gap.

“While the election did not turn out as we had hoped, we are moving forward to continue to educate Coloradans about the importance of this issue. The election results demonstrate that nearly half of Coloradans agree with us,” Pratt said.

Criticized as “ballot box biology,” passage of 114 means Colorado will become the first state where reintroduction of gray wolves is driven by voters rather than the federal government. Efforts by the latter have brought wolves back to the northern Rockies, New Mexico, Arizona and the Carolinas.

According to the ballot language, a plan for reintroduction must now be determined by the Colorado Parks and Wildlife Commission, which oversees Colorado Parks and Wildlife. Rebecca Ferrel, a spokesperson with the agency, said it’s important the agency has the time to come up with a plan based on science and public input, as directed by the ballot language.

“We want people to have a clear understanding that we won’t have a plan immediately,” she said.

In a small bit of irony, the wildlife commission has shot down four previous proposals to reintroduce gray wolves, most recently in 2016. While the ballot initiative directs the panel to restore wolves, it can largely determine the shape of a reintroduction program, including the source of Colorado’s future wolves, locations of releases on the Western Slope, and the ultimate number.

Gov. Jared Polis appoints the members of the citizen commission. The governor remained neutral on Proposition 114, but before the election, his press secretary said, “if voters decide to pass wolf reintroduction, then Colorado Parks and Wildlife will be ready to implement their will.”

One big question hanging over future debates will be funding. Nonpartisan budget analysts estimated the wolf recovery could cost $800,000 for planning over the first two years. The state would need to spend roughly the same amount each year to implement the plan.

A precise estimate won’t be possible until the commission lands on a reintroduction plan. It also depends on the amount of livestock killed by any future wolves, which must be compensated by a state program according to the ballot initiative.

In any event, the financial burden could land entirely on already strained state budgets. Edward said reintroduction supporters hoped to cover 75 percent of the cost with federal grants for programs to support endangered species. However, that likely won’t happen if the Trump administration succeeds in its attempt to remove gray wolves from the endangered species list. The Department of Interior announced the move last month, but a coalition of environmental groups is already suing.

State Sen. Kerry Donovan, a Democrat who represents Vail, said those financial concerns are likely the most significant barrier to any reintroduction program.

“Getting paws on the ground does have significant hurdles in front of it,” Donovan said. “This all comes in the unforeseen circumstance of a couple years where we know there will be no extra money within Colorado’s budgets, and this is certainly a cost that needs to be accounted for.”

Donovan tried and failed to pass a bill to keep the initiative off the ballot earlier this year. She said the bill attempted to fill in many of the details left blank in the initiative. For instance, what entity should pay compensation for lost livestock? What happens if wolves spotted in northwest Colorado last winter appear to breed and begin to build a viable population?

Edward said he wouldn’t be against lawmakers looking into those issues.

“I would expect that the Legislature, especially a Democratic Legislature, would have some interest in trying to make things better,” he said. “There’s only so much you can do within the confines of a single ballot initiative.

Meanwhile, any attempt to release wolves could face fierce local opposition in the Western Slope. While a narrow majority of Coloradans supported the initiative, commissioners in 39 of the state’s 64 counties voted against the plan.

Ray Beck, a county commissioner with Moffat County in northwest Colorado, said he remains against wolf reintroduction but doesn’t see a way for county governments to stop the state. As it moves forward, he hopes wildlife officials collaborate with local governments and livestock producers.

He said the Front Range should brace for the predators — not just parts of rural Colorado. “If people think the wolves are just going to stay on the western side of the Continental Divide, I don’t see that. The animals are going to go where they’re going to go,” he said.