Capped Out
As members push for local renewables, buyout just one of the options on LPEA's table 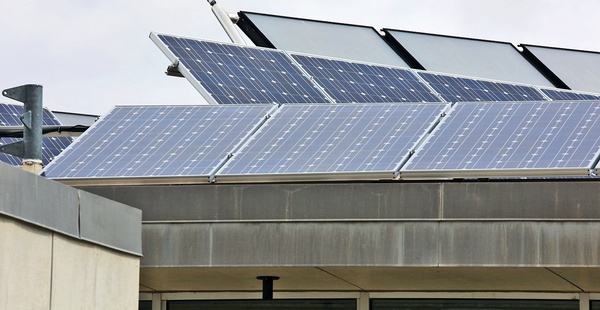 The real issue is the cap. In its contract with Tri-State Generation and Transmission, La Plata Electric can only produce 5 percent of its own power locally. The coop is required to purchase the other 95 percent from Tri-State, its wholesale energy provider.

With little room before tapping out on the 5 percent, LPEA’s Board of Directors and staff have been looking for ways to make it happen.

They’ve asked Tri-State to expand the cap to 10 percent, only to be told reducing the amount of power purchased would mean higher rates for Tri-State’s 42 other member cooperatives.

They’ve looked at qualifying facilities, which are a special category of renewable energy producers allowed under federal law. “So far, our proposals have gone nowhere,” Dreyspring said.

In light of the roadblocks, some members have been pushing for a contract buyout. It wouldn’t be the first time it’s happened.

In 2016, Kit Carson Electric Cooperative in Taos, N.M., bought out its contract with Tri-State in order to pursue local projects, like a large solar array in the desert.

Kit Carson’s goal is to supply 100 percent of its customers’ summer, day-time power by 2023. The remaining power is purchased in an energy marketplace, where electricity is bought and sold much like stocks on Wall Street.

Another member of the Tri-State cooperative looking to buyout its contract is Delta-Montrose Electric Association. Although, things aren’t moving along quite the way they did with Kit Carson.

Delta-Montrose first clashed with Tri-State in 2015 over what are called qualifying facilities. These are renewable energy projects – like hydroelectric, solar or biomass – that fall under the Public Utility Regulatory Policies Act of 1978, or PURPA.

When a qualifying facility came to Delta-Montrose – specifically a hydroelectric project – and wanted to provide renewable energy to its members, the coop was required under PURPA to do so. But, that meant it went over the 5 percent cap.

Tri-State responded by changing their policy in order to recover costs it said were lost when Delta-Montrose no longer purchased 95 percent of its power from Tri-State. Delta-Montrose turned to the Federal Energy Regulatory Commission to settle the disagreement, and to almost everyone’s surprise, the commission ruled against Tri-State.

This unprecedented ruling seemed to open the door on qualified facilities for other coops, like LPEA. Well, almost.

Tri-State requested the federal board take another look at the case, and that request is still pending. It could be considered at any time or not at all. With that uncertainty, any qualifying facility interested in working with Delta-Montrose – or any other electric association – would be taking a risk. If the initial ruling were reversed, parties would have to cover the cost of going over Tri-State’s cap.

In the meantime, Delta-Montrose voted last year to pursue a contract buyout.

Tri-State told the coop how much it would cost – a number that has not been released publicly. Delta-Montrose claimed the total buyout cost, or exit charge, was unreasonable and discriminatory. This time, the coop turned to the Colorado Public Utilities Commission.

Tri-State argued that the Colorado agency had no jurisdiction over the dispute since it represents cooperatives across four states in the Rocky Mountain region. Recently, however, the commission heard initial arguments and disagreed with Tri-State, saying they’ll take on the case.

“It looks like the (Public Utilities Commission) will try and wrap it up by the end of the year,” Ron Meier, LPEA’s manager of engineering and member services, explained.

LPEA staff are all keeping a close eye on the case because it could affect the coop and its membership directly – since, they too, are researching what it would cost to buyout its contract with Tri-State.

The first step for the LPEA Board of Directors was to select members for a Power Supply Committee tasked with getting the details. The committee worked with firms who know the industry and understand the energy marketplace.

Their findings will first be presented to the Board of Directors April 15 in an executive session, then to the public April 17.

The committee will likely offer details on what it might cost for LPEA to buy out its contract with Tri-State, including what it could cost to enter the energy marketplace. However, it’s unlikely all those details will be released publicly because it could impact future contract negotiations.

Since LPEA’s goal is to increase local renewables and keep rates low at the same time, the coop is looking into other options as well. The answer may not need to be a complete split.

Forty-two of the 43 coops in the Tri-State membership voted to change the bylaws, opening the door to what’s called partial contracts.

Several municipalities and cooperatives – including United Power serving 200,000-plus members in Denver – came to Tri-State recently looking to get some electricity from the power supplier, but not all of it.

United Power’s customer base is growing fast, but it still wants flexibility to seek energy alternatives, like renewables. Rather than purchase power in the energy marketplace or from Tri-State outside of a contract, Tri-State is considering the partial contract option. It cuts out the third-party broker and could benefit both parties financially.

It could also be an opportunity for current members, like LPEA, to look at partial contracts with Tri-State.

In addition to opening that door, Tri-State also announced it would restore its contract committee, which begins meeting in May. This committee is where LPEA might be able to reintroduce the idea of expanding the cap on local, renewable contracts beyond 5 percent.

It’s unknown if any of these recent changes at Tri-State are associated with the power supplier’s new CEO Duane Highley, who is also scheduled to speak at LPEA’s annual meeting May 2 at the Community Concert Hall. It’s also an unknown if any of the recent moves will lead to concrete changes.

“Tri-State is on the precipice of change – or it needs to be,” Dreyspring said.

Ballot breakdown for LPEA Board of Directors election

Election results will be announced at LPEA’s annual meeting Thurs., May 2, at the Community Concert Hall at Fort Lewis College. Registration for the meeting starts at 5 p.m., and things get under way at 6:30 p.m.

Unplugged: LPEA Candidates speak out on a possible Tri-State buyout

With the possibility of LPEA buying out its contract with Tri-State, the Telegraph asked: “Do you think LPEA should pursue a buyout with Tri-State? Why or why not?”

I do not feel that a buyout of Tri-State at this time is a prudent move on LPEA’s part, because Tri-State is adding more renewables to their mix now at far lower prices than we could do ourselves. Besides Tri-State is a cooperative, and it takes 43 members to vote a rate increase. A broker has no controls on them.”

“Discussing a buyout is premature. If LPEA’s vision, mission and carbon goal lead to a buyout, we can then seriously consider it as an option. LPEA is both a business and science-based organization that requires data and facts to run soundly; there is no room for ideology.”

“LPEA and Tri-State have a long partnership providing reliable service to member-owners. Out of respect, we must be open minded yet deeply understand the developing energy market and wait for the newly installed CEO to signal his intent on direction in leading Tri-State forward before this decision is made.”

Editor’s Note: Metzler’s challenger Michael Whiting did not respond to requests for comment.

“You’ve asked my opinion and I’ll take the liberty to suggest that you’re asking the wrong question. Members need to ask themselves if they still support the LPEA mission statement promising safe, reliable electricity at the lowest reasonable cost while being environmentally responsible. Our Tri-State affiliation may imperil those goals.”

“Tri-State will now allow different levels of membership, and their new projects will make them the number one G&T (Generation and Transmission) cooperative producer of renewables in the nation. Guzman is seeking to buy more coal assets and their rates constantly fluctuate, while Tri-States is investing in more renewables and has stable rates.”

“As a director for LPEA, my most important job will be to work in the best interest of coop members. The board would be negligent and out-of-step with members if it did not study a buyout. Coal has many costs. Less expensive, clean energy sources are available.”