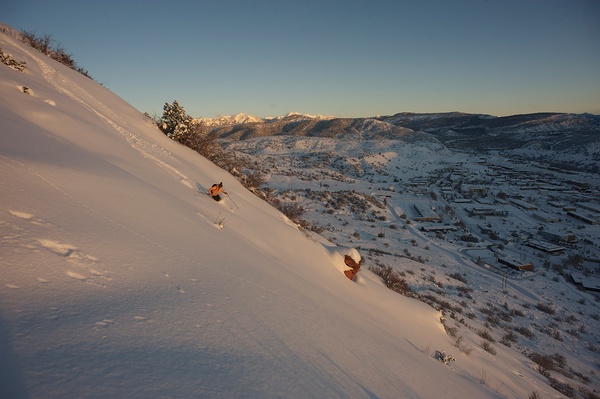 MakingTracks: Local skier Leland Kohere didnt' have to travel far to get in some powder turns last Saturday morning as he gets after it in a rare Bodo Park run. Nearly unprecedented snowfall in Durango has turned typically dry or scraggly hillsides into an enterprising skiers' paradise./Photo by Forrest Kohere

The City of Durango is considering tweaks to its accessory dwelling unit rules. A meeting to gather public input on adjusting some aspects of the ordinance will take place Mon., March 4, from 5:30 – 7 p.m. at the Durango Public Library.

The City launched its ADU program four and a half years ago after an extensive planning process. Among other things, the ordinance established minimum lot size standards for ADUs. Is also grandfathered in nearly 250 existing ADUs that were, until then, considered noncompliant.

However, since the rules went into place in 2014, only 24 new ADUs have been built, leading some to believe the lot size standards are too restrictive. Earlier this year, city councilors asked planning staff to explore doing away with the lot size requirements.

“If you create a housing opportunity in the community and then the rules associated are so restrictive that nobody can build one, you haven’t really accomplished anything,” Councilor Chris Bettin said at a Council meeting in January.

The minimum lot sizes apply to East Animas City and historic downtown, known as Established Neighborhoods I, II and III. Downtown residences on the grid north of College Drive must have a 5,000-square-foot lot to build an ADU. In East Animas City, lots must be at 7,500 square feet to allow an ADU. The southside is one exception, with no minimum lot size requirement.

All interested citizens are invited to attend the meeting to discuss the potential changes. The ADU program is just one strategy in the City’s recently-adopted Housing Plan. The goals of the Housing Plan are to: increase affordable housing options for all residents; create market-friendly policies and regulatory changes; make 1,000 long-term affordable housing units by 2040; prioritize density and infill; establish a permanent housing trust; and establish a land banking program.