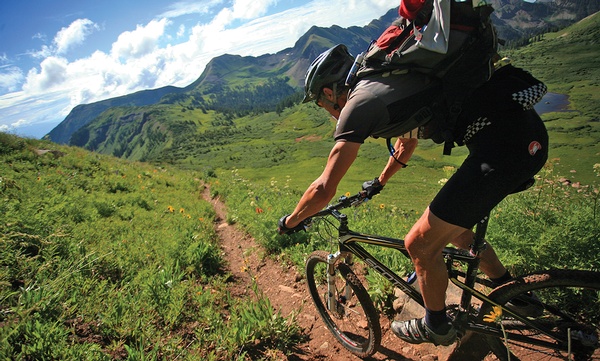 The Colorado Trail, pictured above, is on land managed by the U.S. Forest Service and crosses several national forests as it traverses the state. Currently, federal agencies like the Forest Service only allow e-bikes on motorized trails. But, things could change in the future as e-bikes continue to grow in popularity./Photo by Stephen Eginoire

The debate over dirt is nothing new. Ever since electric bikes began making a mark on the cycling world, riders have wondered exactly where to put these two-wheeled prototypes – Streets? Trails? In town, or out in the backcountry?

In the past, electric bicycles, or e-bikes, had been treated more like scooters, limited to roadways and hard-surface trails. But, things are changing – and fast. In just the past few years, communities across the country and in Colorado have created new laws for regulating e-bikes and opened up once-prohibited trail systems.

Federal lands, though, are a different story. Agencies like the U.S. Forest Service and Bureau of Land Management still consider e-bikes motorized and only permit these vehicles on motorized trails.

Concerned that these agencies might reconsider this policy, a group of more than 50 conservation and advocacy groups penned a letter July 26 to leaders at the Forest Service, BLM and National Park Service.

“We understand that federal land management agencies are currently considering policy changes to allow e-bikes on non-motorized trails,” the letter reads. “Such a policy is ill-advised and would undermine nearly a half century of management precedents and practices.”

None of these agencies have said they’re officially looking at opening the door to e-bikes, nor have any rule changes been announced.

What has changed in recent months, however, is the appointment of a new Department of Interior Secretary David Bernhardt, who heads up two of the three agencies in question – the BLM and National Park Service.

The other change in the current landscape is the ever-increasing popularity of e-bikes. While sales for electric bikes still make up a small portion of the more than $6 billion bicycle industry, it’s by far the fastest growing sector.

According to NPD Group, a market research firm, sales increased by 91 percent from 2016-17 and continue to go up every year. It’s not just a trend for the United States, either. Global sales are also increasing dramatically, particularly across Europe.

Supporters of e-bikes in the United States tout two primary reasons for the growing popularity – access and the environment.

For many people, making a bicycle the primary form of transportation can be a challenge, especially for families with kids. But, electric bikes with pedal-assist technology make it possible.

“I call it my little, electric minivan,” Morgan Lommele, PeopleForBikes’ director of state and local policy, said. Lommele, who’s been working with the industry coalition for about five years, said when she first got on an electric bicycle, it was a lot more like her road bike than she thought it would be. Today she uses it consistently, easily running errands around town with her two kids in tow.

E-bikes also mean access for anyone who can’t ride a traditional bike, like people with disabilities or the elderly. Not only can they go places that were once off limits, they can just enjoy getting outside.

In the past, the trouble with regulating electric bikes has been about the motor. Most motorized vehicles, like scooters or motorcycles, require riders to have a license, insurance, certifications or other safety requirements. But, not everyone thinks someone riding a bike with pedal assist technology needs to have a license.

One of those organizations is IMBA, or the International Mountain Bike Association.

Electric bikes break down into three types – Class I, Class II and Class III. The Class I bikes are pedal assist only, meaning there’s no throttle. They top out at 20 miles per hour, and won’t work without someone pedaling. With the batteries for these types getting smaller and smaller, they’re becoming lighter and easier to handle.

The Class I and II bikes have a throttle and higher speed limit, which is why many e-bike advocates are only looking to allow Class I on public lands.

This is the case for the IMBA. “We support trail access for Class 1 eMTBs and support shared use on trails as long as access is not lost or impeded for traditional mountain bikes,” their official position reads.

This position, however, is exactly what the July 26 letter warns against.

Trails groups from states across the country, like Idaho and North Carolina, and national organizations, including the Backcountry Horseman of America and The Wilderness Society, have encouraged decision-makers to keep all e-bikes off non-motorized trails.

They say it might start with Class I, but once motorized bikes are allowed in the backcountry, the floodgates will open.

“We oppose any effort that would allow any class of vehicle with a motor – including all classes of e-bikes, which by definition have a motor – to be allowed on non-motorized trails,” the July 26 letter reads. “(It) would create an unmanageable slippery slope and threaten future management of all non-motorized trails and areas on public lands.”

“We are monitoring what federal land managers are doing,” Parks and Recreation Director Cathy Metz said. “We’re also monitoring what’s happening in other parts of Colorado and the nation.”

Current laws in Colorado allow Class I and II on any trail that traditional bikes are allowed on. But, it also leaves the door open for local governments to make their own decisions.

Elected leaders for the City of Durango officially made room for e-bikes about a year ago only on the city’s hard-surface trails, like the Animas River Trail. According to Metz, there’s no plan to change that and extend the allowance to natural surface or dirt trails within the city’s open spaces.

However, she said, people are talking. Some locals have raised the idea of allowing Class I e-bikes on natural-surface trails during Parks and Recreation Advisory Board meetings, and even sent emails to Parks and Rec staff.

“But, there hasn’t been an outpouring,” she added.

If federal agencies did change direction, though, and decide to allow electric bikes on public lands, Metz admitted the city would likely discuss the issue.

For some, like Lommele, who’s spent years advocating for access, there’s a place for pedal-assist e-bikes on public lands.

“We don’t support a blanket allowance, but there’s a place for Class I e-bikes,” she said. “I don’t think it’s a slippery slope.”

For other trail and cycling enthusiasts, it’s a road they are unwilling to go down.

“Non-motorized trails were created to ensure that the public could find recreational trail opportunities free from the ever-growing motorization and mechanization,” the letter reads. “Opening non-motorized trails to motors would forever change the backcountry experience for these users.”

Not so fast: e-bike trail delayed due to 416 Fire 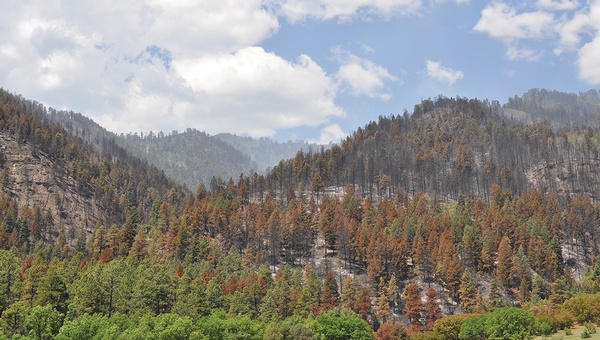 Several years ago, with the passage of the Hermosa Creek Watershed Protection Act, federal officials decided to include a trail in their future plans that would be open to e-bikes. But, currently, that trail does not exist.

The timeline for the trail, which will be called the Cutthroat Trail, was delayed due to the 416 Fire, which burned 55,000 acres in the Hermosa Creek area last summer. Current plans are to complete the design this year, and construction is scheduled to begin in the summer of 2020.

According to Forest Service officials, the Cutthroat Trail will be a multi-purpose trail open to hikers, bikers, equestrian and e-bikes. It will not be open to motorcy- cles or dirt bikes. Once completed, it will connect the trails at Purgatory to those in the Hermosa Creek area that allow for motorized use.

Unclassified: The 3 types of e-bikes

• Class 1: A pedal-assist electric bicycle with a motor that only runs when the rider is pedaling and stops run- ning when the bike reaches 20 mph

• Class 2: Has a throttle and can be used without any pedaling from the rider. Like Class I, the motor stops running when the bike reaches 20 mph

• Class 3: Pedal-assist with a motor that only runs when the rider is pedaling. Unlike the Class I, the motor continues running until the bike reaches 28 mph

For more info on all things bike, visit PeopleForBikes at peopleforbikes.org or IMBA at imba.com.