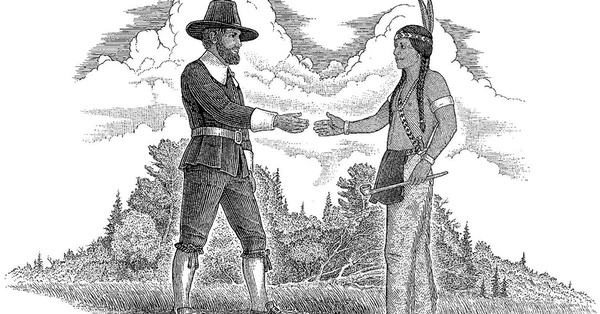 I haven’t any family close by to celebrate Thanksgiving with this year (except my darling husband), but I still have my friends, and I greet the day with an attitude of gratitude. Gratitude, after all, is the key that unlocks fullness in life. It turns what we have into enough (and more); it turns a meal into a feast; a house into a home; and a stranger into a friend.

Speaking of strangers, it’s sad to admit that people can live parallel lives in the Four Corners – and throughout the country – without truly knowing anything about their neighbors. We can say hello and goodbye in Spanish or French but not generally in Navajo or Ute. Can you tell someone “thank you” in her own language?

I decided to break my own barriers with a prickly question: How (or do) Native Americans recognize Thanksgiving? Each time I asked someone, it was enlightening for us both.

“Like any other American,” Oliver, a Vietnam vet, shot back over the noisy hum of the slots at Sky Ute Casino. I liked his answer and asked if I could take his picture. He declined and turned away.

“It is kinda hard to talk about,” Tallias Cantsee, 41, director of education at the Southern Ute Museum and Cultural Center in Ignacio, said. “A lot of us do celebrate (a traditional) Thanksgiving, but I think it’s more aligned with our elders who were forced into boarding schools. They were more or less brainwashed out of their culture and shown more non-native holiday celebrations.” Elders like Cantsee’s father and grandmother, who were Christianized and Anglicized in boarding school starting at age 5 or 6.

“The main idea in the boarding school was to kill the Indian and save the man. Every generation has tried to deal with what they call the ‘Indian problem,’ coming up with remedies to deconstruct the Native American, which has led to this kind of inculturalization,” he said. “For me, personally, I’d say it’s a celebration of survival if anything. I certainly wouldn’t say it’s a celebration of the original Thanksgiving.”

It’s about heritage and kindness for most of us and has nothing to do with the buckle-hatted Pilgrims and kind-hearted Indians. But for some Native Americans, it’s like being asked if Americans celebrate Osama Bin Laden Day. That’s what happens when people are robbed of their real world. When their land, social structures, sovereignty and cohesion as a people are demolished. It’s devastating to try to put the shards of one’s culture back into a workable tradition, let alone being “forced” to honor the festive days of the foe. It’s hard to over-estimate the damage caused by invasion and cultural annihilation.

“I used to celebrate it in a traditional way, but when I got older and more educated, I stopped. For us it’s a day at the movies. That’s it,” Sky Dawn, who works in the gift  shop at the Museum, said.

Cantsee said the meaning of Thanksgiving is misconstrued. “When you look at media and what we have been provided in public education, it’s that the natives were unable to care for themselves,” he said. “The pilgrims had a dinner and invited the natives, but in reality, it was the other way around. The first charters that came across – a lot of them perished because they didn’t know what the foods were about here.”

And while still other Native Americans use Thanksgiving as a day of mourning or fasting in honor of their ancestors, the overwhelming number of folks I talked to use the day off to cook and feast with precious family and friends. For the Utes, the main dish is deer or elk stew. For the Navajo, it can sometimes mean horse.

“Horse has a good old texture. You have to experience it for yourself,” Chris Chavez, a Navajo American, said while at the Nizhoni (Beautiful) Trading Co. in Farmington. The store is owned by Meridee (Tweedy) Walters and Priscilla Saltwater, who act more like sisters than business partners.

“Thanksgiving was a tradition in a good spirit, with good intentions, sharing gratitude,” said Walters, an Anglo whose family has been trading with the Navajo for more than a hundred years. “Those our age just adopted what was good, with not a lot of thought about the history,” added Walters, a Baby Boomer. “The Navajo people have always borrowed from other cultures. They’re practical. The younger generation wants to re-think it.”

However, the American holiday is similar to something the Navajo already had going. Traditionally, a religious feast day was held every November before the winter hunt. It was a celebration of the bounty of the earth, much like  Abraham Lincoln envisioned when he proclaimed on Oct. 3, 1863, the fourth Thursday of November to be a federal holiday filled “with the blessings of fruitful fields and healthful skies.”

To its credit, Thanksgiving is the most unadulterated of holidays in this country, uncontaminated by desperate marketing ploys (Black Friday is Christmas’ fault, not Thanksgiving’s). It was never meant to be shut up in one day, however. All of us should try to live gratitude every day, points out Priscilla’s husband, Larry Saltwater, who, along with his wife, is Navajo.

“We’ve always had a celebration of harvest that’s linked to Thanksgiving. We would gather and store food that would take us through the winter,” Larry Saltwater said.

Larry Saltwater speaks to the undeniable duality of the tradition across cultures. “I consider myself a Christian but I have to respect my culture as well,” he said. “It’s like two worlds. Nobody’s going to change it.”

Yet, there are some unmistakable similarities, he notes. For example, he compares the designs in a Native American basket, which are seen as prayers of wisdom, to the Bible. “The teachings are the same. In prayer and song; in the old and new testament; and in the stories ‘read in’ the basket,” he said.

But there’s no sincerer love than the love of food. One of the things we can’t live without unites us like nothing other. The Navajo phrase shit tikan means “it tastes good – I like it!” That’s a cultural concept that has no boundaries. 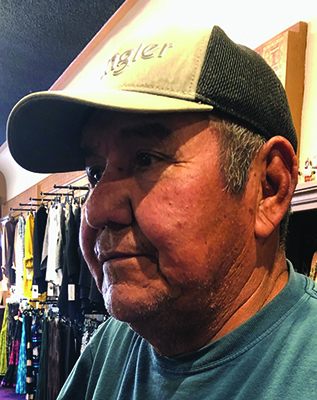 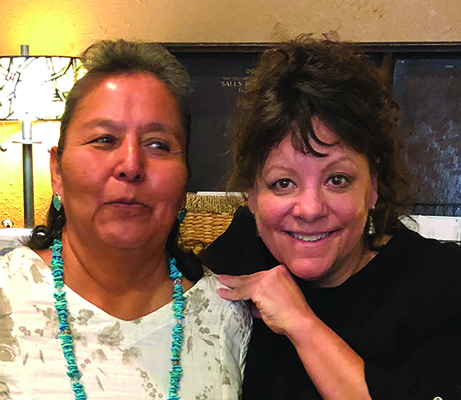 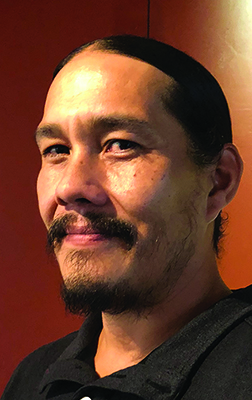