Don't be 'that guy'
Being one with nature is cool, but not a good reason to violate closures 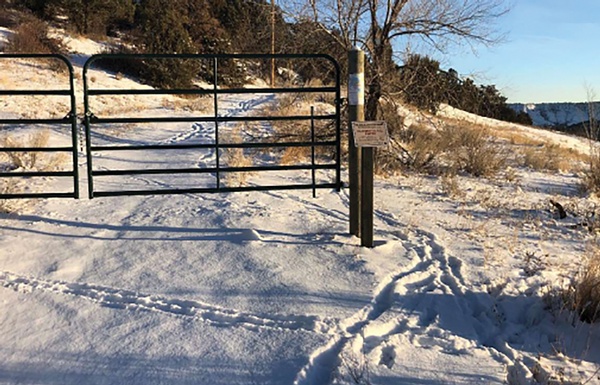 Ah, December. Holiday cheer, spending time with loved ones and the start of people making really, really bad decisions about being in areas closed to protect wildlife.

Every year, select public lands around Durango critical for wildlife to survive the winter are closed from Dec. 1- April 15. And every year, people walk or bike around closure signs, barricades and locked gates and then give outlandish excuses when caught, from “being one with nature” to thinking closures don’t apply when it’s sunny out.

“While we know these areas are popular with trail users, data shows it is also necessary to close them to human activity during the winter months for the sake of wildlife,” Colorado Parks and Wildlife assistant wildlife manager Steve McClung said in a statement. “There are plenty of other trails in our area for people to recreate on during the winter months, and we ask the community to respect these closures.”

Habitat loss, drought, disease – it’s hard for big game these days. Studies from CPW in recent years show elk and deer populations have been stagnating or declining in Southwest Colorado, with little signs of improvement.

As a result, CPW and the Bureau of Land Management close off a few areas in lower elevations where big game can find refuge during the winter months. These areas include Animas City Mountain, Grandview Ridge, Big Canyon, Twin Buttes, and Perins Peak and Bodo wildlife areas, among others.

The closures are especially important as more and more studies show just how much impact all forms of recreation – and yes, even dogs – have on wildlife. When big game are startled and run off, they not only expend crucial calories but also elevate their heart rates and lose time they could be spending foraging or resting. There’s even more risk to pregnant animals, who are particularly sensitive to disturbances and need all their strength to give birth in the spring.

A 2021 study published in Nature Conservation found large mammals traveled more than a half-mile at the sight of a human. “Outdoor recreation is increasingly recognized for its deleterious effects on wildlife,” the study determined. And, with outdoor recreation growing, researchers said it was important to create refuges and buffer zones.

Despite the closures, every year turns up a few bad apples. Even though the BLM has just two law enforcement officers covering more than 600,000 acres in Southwest Colorado, several people are issued citations each winter. The offense carries a fine up to $250. In the 2020-21 season, the BLM issued 11 violations and 10 warnings. CPW issues about 12-18 citations a year at Bodo and at least six a year at Perins Peak.

Tyler Fouss, BLM law enforcement manager, said people are violating closures every day, as evidenced by footprints and bike tracks on the trail. The BLM tries to monitor patterns to catch people at the right time and place, but that’s no easy task with such a massive coverage area and so few officers. Violations had been declining in recent years until the COVID-19 pandemic, which has more people recreating outside, Fouss said.

The biggest problem area is Animas City Mountain, but Grandview Ridge and Sale Barn are not far behind. One driving factor is nice weather, with most tickets written in March and April as spring fever kicks in. But issues can also arise in years like this, when snow is late to arrive.

“People ask why we close trails when it hasn’t snowed yet,” CPW spokesman John Livingston said. “But elk and deer still come down to lower elevations once it gets cold.”

One of two law enforcement officers, Fouss is on the frontline of scofflaws. And the excuses can be, shall we say, out there. But for the most part, Fouss said, people just don’t understand how taking a walk in the woods can be bad for wildlife.

“People say, ‘I’m just one person, what impact am I going to have?’” Fouss said. “But they’re not thinking of everyone else doing the same thing. It’s a cumulative impact.”

So, The Durango Telegraph filed a Freedom of Information Act request for all violations written by the BLM in 2020-21, just to see how weird the explanations got. Think of it as a “Wall of Shame” for wildlife offenders that you do not want to be on:

• Dec. 2, 2020, a woman was caught hiking Big Canyon Trail, and then explained she was having her vehicle serviced at Durango Motor Co. and wanted some exercise while she waited. Of course, she saw the signs and barricades “but decided to risk entering the area,” the report said. She was fined.

• Dec. 13, BLM officers saw a car parked at the Sale Barn Trailhead, with two sets of footprints going from the vehicle and around the gate. When officers encountered the hikers on the trail, they played dumb and denied knowing about the closure. “I pointed out that both of their foot tracks went around the gate where the sign is posted,” the officer wrote. Indeed, included in the report is a picture of the trailhead, with a sign reading “CLOSED TO ALL ENTRY.” Fined.

• Here’s one where BLM had to play couples counselor when officers encountered a man and woman hiking with a child on Animas City Mountain on March 7. Officers ran a background check on the couple, which turned up that the man had a restraining order and was not supposed to be in contact with the woman. The woman was asked to hike out alone, and the man was reminded of the restraining order he already knew about, held behind and given a fine.

• That same day, another woman went with the “change-stories-several-times” tactic. When she was first contacted on Animas City Mountain, she said she saw the wildlife closure signs but that she was “just walking.” She then told the officer she didn’t see the sign but did see the fence. Realizing maybe this ploy wasn’t working, she asked for a warning. “I informed her that the sign and barricade that she walked past was her warning,” the officer wrote.

• This one is cringe-worthy. On March 18, two trail runners on Animas Mountain were told by a BLM officer on patrol to stop. But, of course, they didn’t. “After looking at me, they ran faster away.” The two runners were never caught, but they do have to live with being “those guys,” so there’s that.

• On March 30, a BLM officer found a man sitting on the trail on Animas City Mountain, talking on the phone. When asked if he’d seen the closure signs, the man said, “Yeah, I thought it was OK, I see other people up here.” Digging himself a deeper hole, he went on to say, “I live here, come up here every single day.” When the officer asked if the closure doesn’t apply to him for any particular reason, the man said, yes, “because I’m part of nature and I’m not bothering any of those things.”

The man was fined but ran into officers later that day and gave no indication he’d learned his lesson. “I again made it clear to him he was not to enter the closure,” the officer wrote. “The man stated he wouldn’t and pointed to an area he would go. I informed him that the area pointed to was within the closure.”

Do you really want to be these people and end up in the Telegraph, at least not for the right reasons? ? 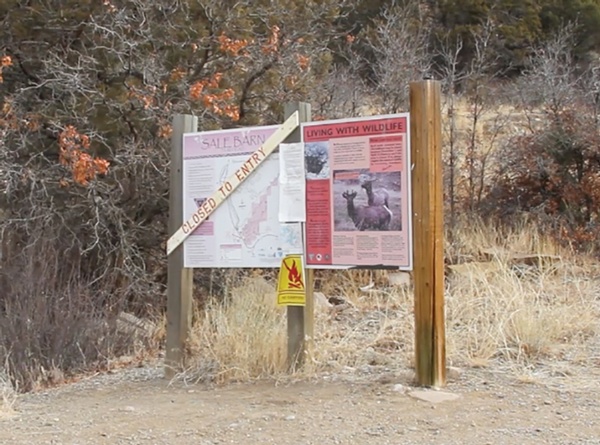 Wildlife closures Dec. 1-April 15 (may be extended to April 30, weather depending)

• Big Canyon and Sale Barn trails off U.S. Highway 160 are closed to all public use.

• All upper trails as marked in Twin Buttes.