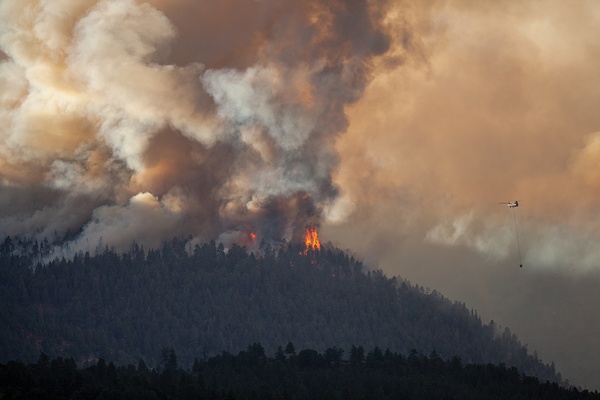 With seemingly more dry days ahead than behind, officials with the City of Durango put together a plan.

Released last week and open for public comment through Nov. 15, the city’s Drought Management Plan attempts to tackle all the problems that might pop up when the Southwest again suffers drying times.

From drought monitoring to water restrictions, city staff looked at exactly how residents get water today and how to address limits to that supply in the future.

Although the plan comes on the heels of the 416 Fire, it didn’t come as response to the parched summer season of 2018.

The process actually began back in 2016 but moved slowly over the next couple years. Things picked up steam after the city received grant funds from the Colorado Water Conservation Board last year.

With help from Wood Environment & Infrastructure Solutions, a planning firm with clients around the world, Biggs said things began in earnest last November.

“The goal (of the plan) is to remove the ‘crisis’ from the City’s drought response efforts,” the draft reads, “reduce the hardship caused by water shortages, and raise public confidence in the actions taken to address short- and long-term water shortages.”

The plan addresses the potential impacts that increased demand and a growing population could have on a system stretched thin during drought, especially as those  conditions become more frequent.

Based on a report put out by the University of Colorado in 2014, which the draft plan references, the state’s climate has warmed by about 2 degrees Fahrenheit in the past three decades and that trend is expected to continue.

Biggs said the reality is Durango is facing the effects of a changing climate. “We just need to look at it in its face,” he added. “And we need to deal with it.”

Durango sits on the cusp of the desert and mountain interchange, Biggs explained. If temperatures rise and the land continues to dry up, the Southwest could see earlier runoff. This means storage would play a larger role in supplementing the city’s water supply, particularly at the end of the year.

However, Durango is unlike other Colorado communities in that it has limited storage options. “We don’t have as much reservoir storage as most,” Biggs said. “We don’t get to go to our big tank and see if it’s full, we have to look at stream flow.”

The city’s primary water source is the Florida River, the secondary one is the Animas and there’s limited storage between its two reservoir options. Over the decades, city officials and elected leaders looked at different ways to increase that storage.

One of those ways was by purchasing shares of Lake Nighthorse. The issue now is figuring out how to get that water from the reservoir to residents, which includes treatment and supply lines.

Last year, when the city was suffering from exceptional drought conditions and dwindling reservoir supplies, city officials turned to some of the heaviest users and asked them to voluntarily limit water consumption. It certainly helped, but it was never a community-wide request to all residents. That’s something that would be different in the new plan.

Moving forward, the city’s response will include more public outreach and education when facing a drought, making sure the public knows exactly what conditions are and what can be done to improve the situation.

The draft plan also lays out a Staged Drought Response Program. Broken down into four sections, it contains specifics on trigger points, like reservoir and snowpack levels, and water restrictions, like voluntary requests and mandatory limits.

Biggs said if the plan had been in place last year, it’s likely Stage 1 voluntary requests to limit use and even Stage 2 water restrictions could have been enacted.

This is the section Biggs thinks is likely to elicit the most public comments – and welcome ones, he added.

“That’s an area where we would like more comment,” he said. “We don’t want to do this in a vacuum.” 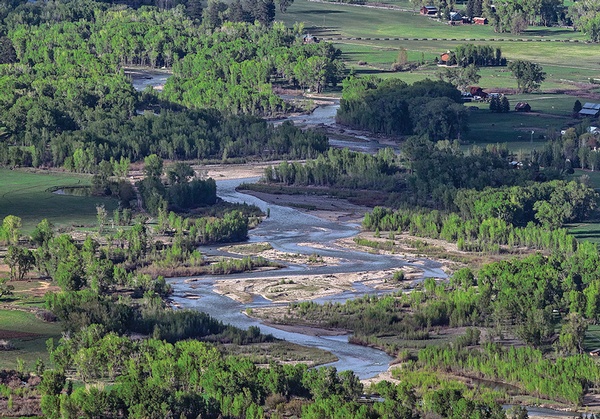 The Animas River snakes through the Hermosa Valley, pictured left. The Animas is the City of Durango’s secondary source of water, and the Florida River is the primary source. Changes to the region’s climate and environment that alter snowpack, runoff and flows can impact how much water the city is able to access./File photo

Ahead of the United Nations Summit on Climate Change this week, students from Fort Lewis College and elsewhere around the world plan to walk out of school on Fri., Sept. 20, as part of a global climate strike. The goal is to highlight the impacts of climate change
and demand action from elected leaders.

“It is more important now than ever to take strong action on climate” JoJo Johnstone, Durango’s Climate Strike Organizer, said in a statement.

The plan is to converge on Durango City Hall, 949 E. 2nd Ave., from 8 a.m.-5 p.m. The strike is organized on a national level by Future Coalition, and locally sponsored by Indivisible Durango.