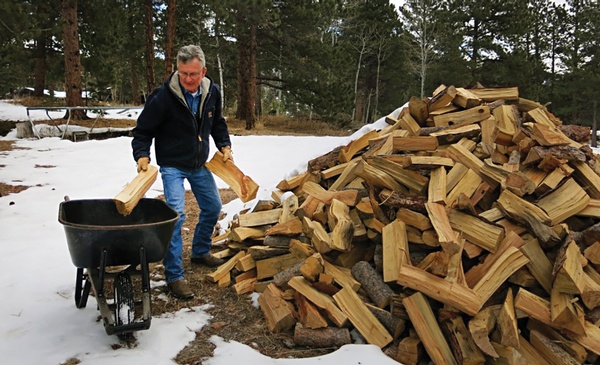 When it comes to greening up Colorado’s power supply, seismic shifts aren’t just coming out of the state Capitol.

United is not the first – or the last – utility looking to leave Tri-State. Durango-based La Plata Electric Association filed a complaint last year with Colorado regulators seeking an exit fee from Tri-State.

But Whiteside doesn’t support renewables by building a big solar array in his back yard. He does it by cheering on his rural cooperative, United Power.

“I think that’s fairly recent that renewables may be more cost-effective than other types of energy,” Whiteside said. “To me that makes a lot of sense to pursue that kind of avenue.”

Right now, Tri-State gets about one-third of its power from renewable energy. Customers like Whiteside want more renewables because they think it will bring cheaper rates. According to a recent estimate by Standard and Poor’s, electricity rates for Whiteside and others under the Tri-State System could be as much as 20 percent above the statewide average.

Currently, United Power bands together with 42 other rural electric cooperatives, including La Plata Electric Association, to buy power from Tri-State.

“What that model has not done is kept up with the technological changes in the industry,” United Power CEO John Parker said.

Parker thinks it all adds up to growing pressure on the economic model that rural utilities have followed for decades. In the ‘80s and ‘90s, power providers like Tri-State invested heavily in coal-fired plants. Now, they’re trying to green up.

If LPEA and United part ways, they’ll follow in the footsteps of two other rural utilities: Delta Montrose Electric Association and Kit Carson Electric Cooperative, in Taos. Delta Montrose got the OK to buy out its contract in 2019. Kit Carson left in 2016.

“Just as the industry changes, (generation and transmission cooperatives) have to change,” Lee Boughey, Tri-State senior manager for communications and public affairs, said.

Generation and transmission cooperatives like Tri-State formed in rural America in the middle of the last century. It was historically expensive for rural electricity providers to provide power because they just served a few customers per mile of electricity line. That’s unlike urban utilities, which have hundreds of customers per mile. G&Ts helped shoulder the burden by providing power to rural utilities, building expensive coal-fired power plants and setting up contracts that lasted decades.

Flashforward to 2019, and power customers like United have a keen interest to modernize the grid and experiment with battery storage to keep customers happy. United Power owns the largest battery in the state, but the coop is still locked into a contract with Tri-State that lasts another 30 years. After Tri-State quoted United a $1.2 billion exit fee to leave its 30-year contract, Parker turned to state regulators for help.

“That’s the balance we’re trying to find. If it costs us $1.2 billion to get out, we probably can’t save enough money to make that work,” Parker said.

To its credit, Boughey said 2019 was a big year for renewables for Tri-State. It opened up community solar options to its members and brought 104 megawatts of new wind power online. It announced plans to build a 100 megawatt solar farm and its Nucla coal-fired power plant was retired early from service, reducing emissions and making operations more efficient.

Another one of the challenges for Tri-State will be to get more fossil fuel off its books as it faces regulatory pressure in Colorado and New Mexico. Legislatures in both states passed carbon-reduction goals for utilities last year. To comply, Tri-State will be required to undergo expensive planning, however, there are no financial penalties if it doesn’t meet the goals.

“As we move into 2020 and chart our course for the future, I think there should be confidence that we’ll be able to meet the challenges ahead,” Boughey said.

Similar disputes are playing out between rural utilities and power suppliers across the United States. In Indiana, Tipmont Rural Electric is seeking to part ways from its power supplier over high rates. In Minneapolis, suburban utility Connexus is in the midst of talks with its power provider to get lower rates and more flexibility.

“Today memberships across the country are expecting more from their G&Ts. They’re expecting competitive prices and a greening of the grid,” Connexus CEO Greg Ridderbusch said.

Like United Power, Connexus is locked into a decades-long contact with its power provider. Ridderbusch said in the future it will be important for utilities to form more flexible partnerships with their power suppliers.

“We need the G&T to lower the constraints on things we’re doing in our own back yard for our members,” Ridderbusch said.

“To have reliable electric service is absolutely critical,” Whiteside said. “If solar power can supplement the other sources that United Power has, it would make sense to do that if it’s available.”

As relationships start to shift across the country between power suppliers and rural utilities, all eyes will be on Colorado. The Public Utilities Commission could rule on the LPEA and United Power cases in 2020.

(This story was edited for clarity and length. To read it in its entirety, go to www.cpr.org.)