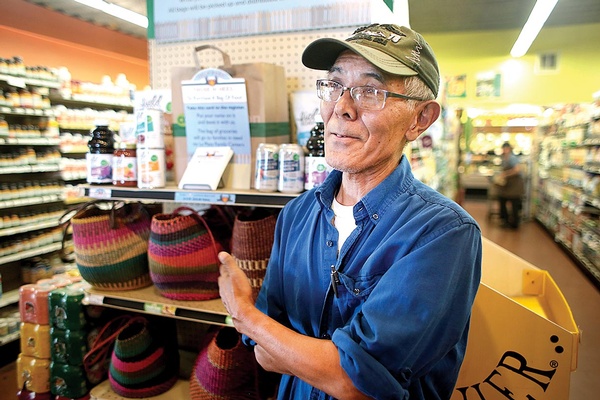 After spending 34 years in the world of corporate retail, Tsewang "Sherpa" Sherpalama decided to take the tools he learned and apply them to his passion for the cooperative food movement. In his first nine months as the general manager for Durango Natural Foods, he's already made an impact on the staff, membership and co-op's board of directors./ Photo by Jennaye Derge

His name is Sherpa. And, although he’s an expert when it comes to the bottom line, it’s never been about the money.
“My passion is to help local, small mom-and-pop producers,” he said, “to help co-ops that need to grow and sustain for a long time.”

The journey for Tsewang Sherpalama, who just goes by “Sherpa,” started more than 40 years ago in the world of cor- porate retail. After emigrating to the U.S. from Nepal, he worked for some of the nation’s largest grocery store chains, including Whole Foods Market in New York City.

He said what he got from his experiences was the American dream. But after 34 years, he decided it was time to give back. He wanted to be able to show his children something he helped build; something he contributed to a

country that gave him that dream. “With expertise in retail management, I decided co-ops are the best way for me to give back to the country and the community,” he said.

Durango Natural Foods first opened its doors in 1974 – well, its one door. The first home for the co-op was a closet-sized room in the back of a Main Avenue business.

Eventually, it moved to the current location on the corner of College Drive and 8th Avenue, albeit in a much smaller building. Over the years, it expanded to its current size and even added parking. And, as much as the outside changed, so did the inside – different managers, different board members, the ups and

downs of business, the ebbs and flows of changing times. What didn’t seem to change, according to Board President Dan Randolph, was that when times were tough, someone always stepped up to the plate.

No matter what challenges the co-op faced, the people who believed in the mission always put forth the effort to keep it going.

For many years, the co-op struggled with financial sustainability. Randolph, who’s been a part of the co-op for almost 25 years, said it was always skimming the surface financially.

At one point, the Board of Directors considered merging with a New Mexico co-op, La Montan?ita headquartered in Albuquerque. But the idea stirred controversy among members and was eventually shelved.

Today, however, those troubled days seem like a distant memory. Not only is there a renewed sense of empowerment at all levels at DNF, but it looks like long-term financial sustainability isn’t just possible. It’s a reality.

Sherpa’s first goal after taking the job as General Manager last September was to simply stop the fiscal bleeding.

He studied all aspects of the operation to find out what was going on and what needed to change. With a Board of Directors who was ready and open to change, he said he felt he had the freedom to make those changes. And by the first quarter of 2017, the co-op was operating in the black.

His short-term goal is to stay in the black all year. His long-term goal, which he’s eyeing to accomplish in 2018, is to help DNF become financially sustainable permanently.

In order to make these goals a reality, Sherpa took the tools he learned in the corporate world and applied them to his passion for the cooperative movement. Those tools include controlling waste, organizing product, taking care of employees and focusing on the community.

Shrinkage, or waste, has been reduced tremendously, Sherpa said. He’s finding new and creative ways to make sure the food goes where it’s supposed to go – into someone’s stomach.

Even when some corn cobs were dropped on the floor recently – which meant they couldn’t be sold – Sherpa planted them in a nearby garden instead of tossing them out. Today, those seeds are sprouting new plants.

Since his arrival, the co-op has also increased its investment in its employees. Sherpa isn’t just empowering his employees to bring their ideas to the table, he’s working toward giving them all living wages. The co-op has enrolled in the process to become a certified living wage business with La Plata County Thrive! Living Wage Coalition.

And, it’s not just the employees but the community who’s benefitting from the outreach.

The co-op started two programs, Help Feed Those in Need and Round Up. The former allows members to buy food donations for the La Plata Family Centers Coalition. Sherpa worked with local food producers to match member donations and, at this point, the co-op donates about seven cases of food to the center about every 45 days.
In the Round Up program, co-op members can choose to round up their total at the register and the change gets donated to a local nonprofit, chosen by employees, every couple months.

Ideas like donating to the La Plata Family Centers or rounding up at the register didn’t come from Sherpa, but he’s the one who brings them to life, according to his colleagues.

However, at the heart of nearly every food cooperative is the community: the one created by the member-owners, who operate a democratic and open institution; the one it supports by hiring local employees, donating to local charities and paying local producers; and, the one it builds around a sustainable, local food system.

Sherpa said a food co-op isn’t like other businesses. People don’t join to make money; they join to be part of the movement. “If we truly want to change things,” he said, “we only have to act.” 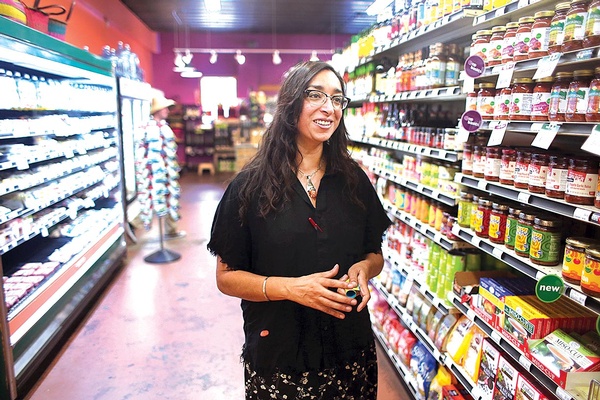