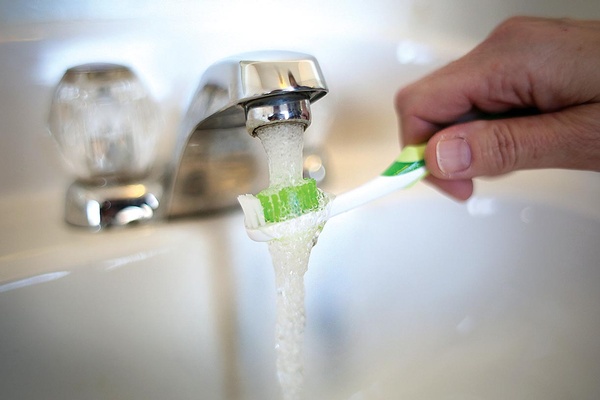 Currently, Durango officals add 0.5 milligrams of sodium fluoride to the water supply in an effort to help with cavity prevention in the local population. With 0.2 milligrams in the water naturally, they achieve 0.7 milligrams, an amount recommended by federal and state public health officials./Photo by Jennaye Derge

It may have been the hottest topic in town for more than a year, but following a decision Tuesday night by the Durango City Council, the fight over fluoride is really just beginning. The Council voted against a citizen-driven petition to prohibit the practice of adding fluoride to the city’s water supply, a process called fluoridation. Procedurally, it forces them to put it on the April ballot for a public vote.

Although their decision was unanimous, with all five council members supporting fluoridation, the vote wasn’t exactly cut and dry.

The petition put before the Council is an ordinance requesting fluoride not be added to public water. Specifically it states, “all city employees are prohibited from adding fluoride (or any chemical containing fluoride for the purpose of fluoridation) to the city’s public water system.”

“Because of the wording, I think it can be very confusing,” said City Councilor Sweetie Marbury during Tuesday’s meeting.

Council members even had to doublecheck with the city attorney to make sure they were not just voting against the proposed ordinance, but for the fluoride.

The confusion prompted several councilors to encourage voters to get educated – not just on the ballot language, but on the issue.

In that vein, the city has added a “Fluoride Information” page to the Utilities Department section of its website. It provides a Frequently Asked Questions page, copies of the city’s fluoridation policy and safety procedures, product information on the specific sodium fluoride they use, recent testing data on the city’s water and fluoride content, as well as fluoridation quality awards the city received over the past several years.

Currently, Durango officials add 0.5 milligrams of sodium fluoride to the city’s water supply. With 0.2 milligrams already in the water naturally, they achieve 0.7 milligrams, an amount recommended by federal and state public health officials in an effort to help residents with cavity prevention.

Ahead of Tuesday’s meeting, the Council hosted another one a week earlier, on Mon., Jan. 30. Although there’s no requirement in the city charter to do so, council members knew there was plenty of passion on both sides of the fluoride issue and chose to dedicate an entire evening to public comment.

The meeting lasted more than three hours, at the end of which Durango Mayor Christina Rinderle said, “If I’m reading the tea leaves appropriately, it may end up on a ballot in April.” And, she was.

The council chambers were packed at the Jan. 30 meeting. The room was essentially divided between pro- and anti-fluoride advocates and, at times, the mood was contentious.

Many of the key points in the national fluoride debate were echoed at the public meeting.

Those who supported the addition of fluoride to the water, for example, shared personal stories of treating children, particularly those in low-income households, who suffered from severe tooth decay and other dental health issues because they lived in areas where fluoride was not added to the water supply. They said children who live in communities which add it typically have far fewer cavities than those who did not.

Those who opposed adding it also cited health concerns, specifically worry over potential toxicity or adverse effects from persistent exposure. They also questioned whether it was a government’s or city council’s role to make that decision for residents – or if residents should be able to make the decision themselves.

Now, they will have that chance. The issue will land on the upcoming ballot, scheduled for April 4.

The practice of adding fluoride to a municipal water supply came from an unexpected discovery in the early 1900s. A dentist in Colorado Springs noticed communities with higher levels of naturally occurring fluoride had fewer cavities than those without it. The revelation led to several studies and by the 1950s, communities across the U.S. starting adding it to the water supply.

Fast forward half a century, and the debate is changing. In fact, some communities have stopped the practice of fluoridation completely. According to the Fluoride Action Network, a national anti-fluoride advocacy group, the list of those no longer adding it to the water supply includes Olathe, Snowmass, Montrose, Pagosa Springs, Santa Fe and Albuquerque.

The issue became a hot topic in Durango about two years ago and, eventually, landed at the Utilities Commission table. Commission members spent hours listening to local experts and concerned citizens. In the end, its five members were split on the issue. Some felt the science was behind adding fluoride to the water, and others questioned if it was the role of local government to administer it without individual consent.

Although they were split, when it came time for the Durango City Council to discuss the issue, it never made it past the study session table. As a result, 34 residents put together a petition to force their hand.

The City Charter allows for citizens to petition and bring ordinances before the Council. If those ordinances are voted down, they automatically land on a ballot to be voted on by the people. Durango City Councilor Dean Brookie, who dubbed fluoride the new “F” word during last year’s debates, said at Tuesday’s meeting, “It’s time, as they say in Congress, for an up or down vote … it’s time to put it on the ballot.” 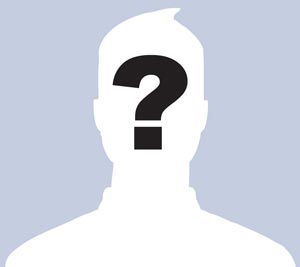 To fluoride or not to fluoride isn’t the only decision voters need to make in April. There’s also the makeup of the Durango City Council. Three seats are up for grabs with terms expiring for current councilors Dean Brookie, who is running for reelection; Christina Rinderle, who is term limited; and Keith Brant, who chose not to run because of his
growing business. Because the three open seats on the Council are at-large bids, voters can choose up to three candidates. The top three vote-getters in the field make the Council, serving four-year terms. In order to run for a seat on the Council, candidates must be 18 years old, registered electors and city residents – that’s it. There’s no requirement for party affiliation or experience necessary. They need to submit a petition with 25 signatures in order to qualify. So far, seven Durango residents, including Brookie, have submitted the paperwork. According to the City
Clerk’s office, five of those petitions have been certified and two are still pending. The five certified candidates include: Melissa Youssef, Tom Eskew, Dave McHenry, Chris Bettin and Brookie. The two pending candidates are Emily Thorn and Rachel Landis. Each election cycle, The Telegraph provides readers with a Candidate Q&A. It’s
their chance to speak directly to voters and answer some of life’s most challenging questions, like “If you were in a cage match with your opponents, what would be your weapon of choice?” The Telegraph also asks questions about
policy and local politics, so voters can learn more about which direction the candidates might take the city. Stay tuned for those stories as the April 4 election nears.