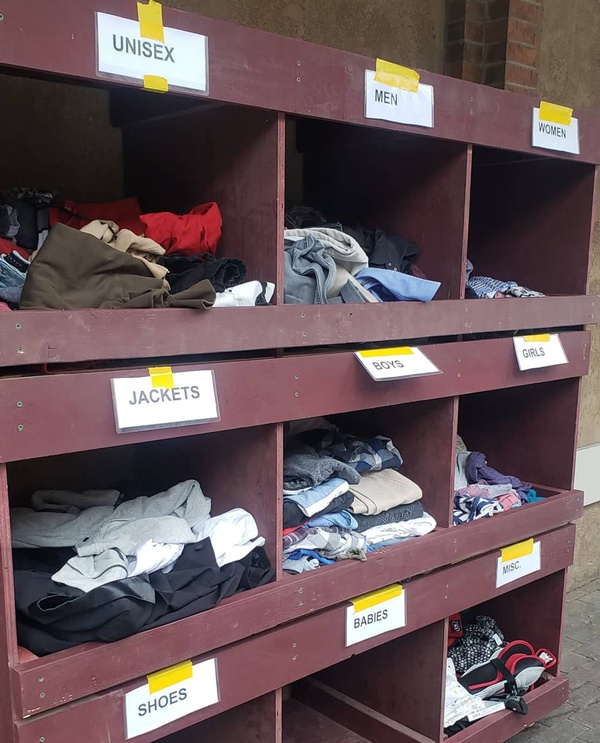 Probably the greatest invention the Western Slope has ever seen has come to Durango: the free box.

Long a must-visit staple of Telluride’s main drag, Durango now has its own version in the 600 block of Main Avenue, near the former home of Concrete Skateboard Shop.

The box was the brainchild of Animas High School graduate Finn Stowers, who implemented the idea with the help of his father and The Hive youth center’s Jeff Hamner.

Stowers, 19 and on leave from his sophomore year at CSU, said the idea came to him after doing an internship in Telluride for SBG Productions (of Blues & Brews fame.)

“SBG was based across the street from the free box, so I went by it all the time and always wondered why Durango didn’t have one,” Stowers said. “I began thinking about how to integrate one into our own town.”

An apparel and merchandising major, Stowers said he is particularly interested in combating “fast fashion” and the effects the disposable clothing industry has on the environment and resources.

“Fast fashion, companies like Zara and others, is giving fashion a bad name,” he said. “It’s very polluting. A lot of people don’t know that.”

Stowers said he wants to use the free box as a vehicle to get those fast fashion facts out while promoting a sustainable way to exchange clothes. “People don’t need to throw their old clothes away, they can give them to people who need them,” he said.

Right now, the box – which Stowers built with the help of his dad – has marked bins for mens, womens, unisex, babies, kids and shoes. It does not accept larger things like appliances, furniture or skis, like Telluride’s does. However, Stowers said he’s not ruling out the possibility down the road after seeing how things play out.

“Maybe in the future, we’ll open it up to more things. We’re still in kind of a trial period with The Hive and our landlord, Jean Pierre,” he said. “We’re hoping it’s around for a while.”