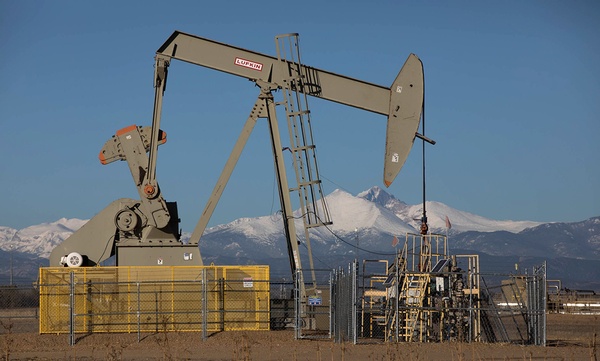 Colorado could soon be getting help from its neighbor to the south in helping to combat the notorious Four Corners Hot Spot.
On Monday, the State of New Mexico released draft rules to rein in methane waste and pollution from the oil and gas industry in that state. Although Colorado has some of the toughest methane rules in the country, they are powerless in the face of pollution drifting over from neighboring states. It is hoped the New Mexico rules will change this. A key element of Gov. Michelle Lujan Grisham’s climate strategy, they call for 98 percent capture of methane leaks by 2026 and would apply to producers as well as pipeline and processing companies.
The state expects to have the rules finalized by the end of 2020.
Environmental groups were cautiously optimistic over the draft rules, saying they contained tough provisions to both reduce waste and ensure enforcement.
“Upon first look, it is wide-reaching, sets tough standards and should deliver real reductions,” Thomas Singer, senior policy advisor with the Western Environmental Law Center, said. “We still need to carefully go through the fine print to determine whether the rules take effect quickly enough to achieve the governor’s climate goals, and if exemptions are appropriately limited to prevent loopholes that would undermine the purpose of the rules.”
Singer, who participated on the state’s Methane Advisory Panel in crafting the rules, said he would like to see limits on venting of methane as well as routine flaring in the final rules. He also wants the final rules to apply to the state’s low-producing wells and smaller facilities which, collectively, are a significant source of methane waste and pollution.
Oil and gas activity and aging infrastructure are the primary causes of the Delaware-sized methane hot spot over the Four Corners. It is estimated 1 million metric tons of methane are wasted per year in the area, the equivalent to greenhouse gas emissions of 30 million cars or more than 20 coal-fired power plants. In addition, the Permian Basin in the southeastern part of the state contributes 500,000 metric tons of methane waste in 2018 from venting and flaring of wells, accounting for 4 percent of total gas production in the state.
The wasted gas amounts to more than $40 million in lost royalties every year for the state, not to mention the environmental impact. Methane, more than 80 times more potent than carbon dioxide, is seen as a major driver in climate change. Further, methane also forms volatile organic compounds, which contribute to ozone formation and are linked to a wide range of health issues, including asthma. Oil and gas drilling also releases other air toxins such as benzene, ethylbenzene and n-hexane, which have been linked with cancer.
It is hoped the rules will be close in line with Colorado, which in 2014 became the first state in the country to crack down on methane by requiring oil companies to regularly inspect and repair leaks at their biggest facilities. In 2016, the Obama administration followed Colorado’s lead and announced a federal methane rule, which is now threatened with rollback under President Donald Trump.
In 2019, Colorado went even further by passing sweeping new regulations that further crack down on methane emissions and accompanying VOCs. The stricter provisions include semiannual leak detection and repair for low-producing wells; stronger tank controls for low-producing wells; expansion of the “find and fix” program for malfunctioning controllers and valves; and a requirement that operators report all pollution, including methane emissions, on an annual basis.