Going electric
Thinking of electrifying your home? You may want to wait until next year 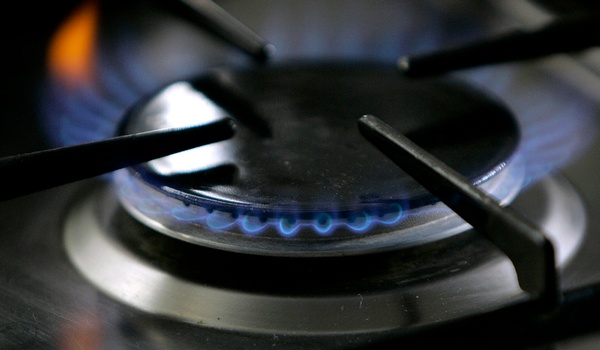 The Inflation Reduction Act includes incentives and discounts for green home renovations, such as replacing fossil-fuel appliances with electric alternatives. But many programs don't kick off until 2023.

One goal of the Inflation Reduction Act, the massive climate and health care bill President Biden signed last month, is to make it a whole lot cheaper to wean homes off fossil fuels.

The law marks the largest climate investment in U.S. history, with roughly $370 billion set aside for programs that reduce emissions. It includes $9 billion in home energy rebates to help residents make their homes more energy efficient and purchase new electric appliances like stoves and water heaters.

The looming question now is when consumers might actually benefit. While an expanded solar tax credit takes effect immediately, many of the other incentives are set to kick in after the end of the year.

Josh Lake, co-founder of Boulder-based Elephant Energy, which renovates homes to run on electricity instead of fossil fuels, said since the legislation passed, many of his customers have called to ask about discounts from Uncle Sam. He confesses he is still sorting through the legislation itself.

“Just like everyone, we’re trying to learn and understand how it’s all going to play out, so stayed tuned,” Lake said.

In the meantime, some details are clear. If you live in Colorado and want to make your home more climate friendly, here’s a quick guide to incentives already out there and when to expect other discounts to kick in.

Why ‘electrify’ a home?

In Colorado, buildings themselves are the third-largest source of greenhouse gas emissions after transportation and electricity generation. One major reason is the ubiquity of natural gas furnaces, which warm about 68% of homes across the state, according to federal data.

Climate scientists and policymakers see replacing those appliances as critical to reducing planet-warming emissions. While the electric grid heavily relies on fossil fuels, utilities are investing in a rapid transition to renewables. Adding electric appliances ensures a home can take advantage of new wind and solar power as its added to the grid.

Boulder resident Cynthia Allison said the biggest reason she decided to make the switch was her opposition to hydraulic fracturing. She hired Elephant Energy to rip out her gas furnace last week and replace it with an all-electric heat pump, an efficient electric appliance capable of warming and cooling her home.

“I’ve decided to put my money where my mouth is,” Allison said. “I’m fortunate that I can afford to do this.”

What about those federal discounts?

Most of the potential savings from the legislation would kick in sometime next year.

Sam Calisch, of electrification advocacy group Rewiring America, said the incentives can be broken up into two categories: tax rebates and upfront discounts.

Starting next year, households can apply for an expanded home energy-efficiency tax credit. This credit allows households to deduct up to 30% of the cost of certain home upgrades, including heat pumps, heat-pump water heaters, insulation and electrical panels to handle the extra electrical load.

Those deductions are limited up to $1,200 per household with a notable exception: A household installing a heat pump can deduct up to $2,000 in a single tax year.

One caveat: If those credits add up, it could quickly exhaust a family’s total tax liability. Calisch said that’s why those programs tend to favor higher-income households with higher tax bills.

What about less-wealthy households?

To assist low-income households, the legislation includes rebates to slash the cost of appliances up front. Buyers who make 80% or less of their area median income would be eligible for the largest rebates. These include:

• Up to $840 for an electric stove or clothes dryer

Households earning up to 150% of their area median income could receive smaller discounts. An additional $4.5 billion rebate program would fund projects to improve home energy efficiency.

When can I get the rebates?

The up-front rebates would be administered by state governments. Calisch expects the programs will be up and running sometime in 2023.

Dominique Gómez, the deputy director of the Colorado Energy Office, said the state is working with the U.S. Department of Energy to nail down details. She doesn’t have an exact timeline at the moment.

“It’ll just take a little bit of time to get the ball rolling,” Gómez said.

Are those all of the discounts?

Not in Colorado. Another set of state-level incentives will go into effect in 2023. Under legislation signed earlier this year, Colorado residents who buy heat pumps won’t pay sales tax on the purchase. They can also apply for a tax credit to refund 10% of the cost.

Utilities and local communities have separate discounts. Xcel Energy, Colorado’s largest power company, currently offers a range of heat pump rebates worth up to $2,000. The City of Denver had offered home electrification rebates, but its program reached capacity this summer. It plans to reopen applications sometime this fall.