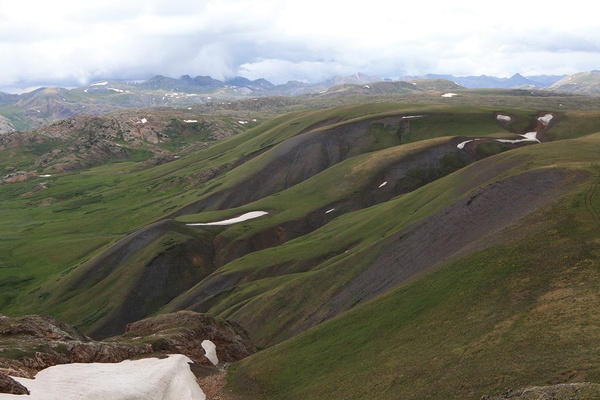 The Continental Divide Trail, pictured above just east of Silverton, is one of thousands of trails Coloradans trek every day. According to a recentpoll, 73 percent of Colorado residents said they consider themselves outdoor recreation enthusiasts, with 74 percent adding that being nearpublic lands was one of the reasons they chose to live here./Photo by Stephen Eginoire

Parks. Trails. Open space. Wilderness. All of these natural wonders across the West are key to outdoor recreation driving much of the economy and lifestyle of Coloradans.

In a recent poll, 73 percent of Colorado residents said they consider themselves outdoor recreation enthusiasts with 74 percent adding that being near public lands was one of the reasons they chose to live here. In addition, 90 percent believe the outdoor recreation economy is key to the future of the West.

These are the results from the ninth annual “Conservation in the West Poll” from Colorado College’s State of the Rockies Project, which surveyed 400 registered voters from each of eight states in the West – Colorado, Montana, Idaho, Wyoming, Nevada, Utah, Arizona and New Mexico – for a total of 3,200 respondents.

The interviewers asked questions about water, energy, climate change, outdoor recreation and public lands in an effort to gauge the importance of conservation issues in the minds of Rocky Mountain residents. And, it wasn’t all about an affinity for outdoor activities or positive attitudes toward public lands. Many of the respondents were concerned about losing the things that make the West so special.

Sixty-nine percent of respondents said climate change is a serious problem, and 76 percent are worried about a lack of resources to take care of parks, forests and other public lands.

Seventy-seven percent said they’re concerned with water supplies and low water levels, which ranked as the No. 1 concern for voters.

Eighty-two percent felt the loss of wildlife habitat is an issue, and 83 percent want the U.S. Congress to reauthorize the Land and Water Conservation Fund – a key funding mechanism for local outdoor projects across the nation that’s been in limbo since last fall.

With all these numbers coming out of the State of the Rockies polling, it may not come as a surprise that many of Colorado’s elected leaders are pushing legislation intended to protect those assets – the parks, trails, open spaces and wilderness areas that make people want to call this state home.

It includes protections for around 400,000 acres of public land in the state. Some of these lands would become wilderness areas, some conservation areas to  allow for existing uses, and others would be shielded from future oil and gas development.

“(The CORE Act) unites a number of bills from across the state,” Jimbo Buickerood, public lands coordinator for the San Juan Citizens Alliance, explained. “It has a pretty good chance of moving forward because it has such a broad base of support.”

U.S. Sen. Cory Gardner, R-Colo., has yet to come out in support of the CORE Act, only saying his office is going over the text of the legislation.

On Bennet’s website, he has a long list of supporters, text for the bill, maps of the protected areas and more. The bill has been referred to the Committee on Energy and Natural Resources for review, but has many hurdles to overcome before making it to the Senate floor.

“The name of the bill says it all: We don’t have to choose between protecting public lands and boosting the economy,” Bennet said in a press release. “We believe protecting the places we love drives economic growth.”

The Land and Water Conservation Fund

The Land and Water Conservation Fund is a federal program created in 1965 to protect public lands and waters, and help conserve private land. Investments in this program have secured public access to parks, trails, forests, national parks and more.

In addition, funds have improved recreational opportunities for countless cities and towns across the country including Durango. Many communities likely have parks, trails and other spaces supported by the LWCF and don’t even know it.

The LWCF is moving its way through the Senate as both a standalone bill and as part of a larger public lands  package. The package is a holdover from the previous congressional session, and it made it over one of the Senate’s hurdles on Tuesday with bipartisan support. The standalone, which was introduced in late January as a way to permanently reauthorize and fund the LWCF, has bipartisan support as well.

The program officially expired last Sept. 30, 2018, with Congress unable to come together on any of the bills put forward to keep the program alive, in spite of the overwhelming support voters have shown for it.

The La Plata County Board of Commissioners sent letters of support for the LWCF to Colorado senators Gardner and Bennet last year.

The Mountain Pact, a group that works with elected officials from mountain towns with outdoor recreation-based economies, has also joined the chorus of support. The City of Durango is part of the Mountain Pact, along with Moab, Breckenridge, Telluride, Ophir, Ridgway and more.

“Every week people are engaging in the landscapes and amenities that are supported by LWCF funds,” Buickerood said. “It’s just incredible.”

Down to the core of it

• 22,455 acres of special management areas near Telluride, Ophir and Silverton, including the protection of Ice Lakes Basin 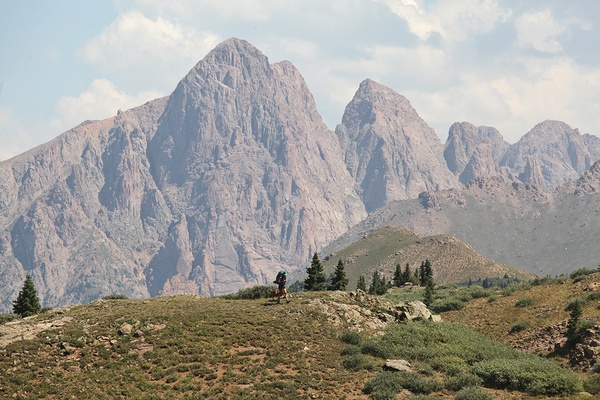 National impacts of the Land and Water Conservation Fund

(Source: U.S. Department of the Interior)

Local investments over the years with LWCF funding: