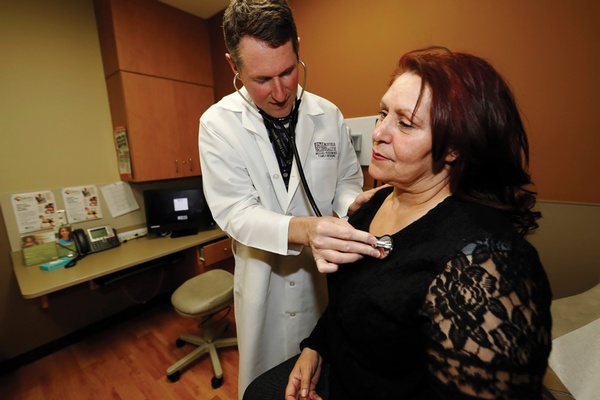 The Polis administration’s ambitious new proposal to create a state health insurance choice for Colorado consumers put another piece of the puzzle in place Monday. Officials say the new formula for hospital reimbursement rates would save consumers 7 to 20 percent annually on their premiums.

The Colorado Health Insurance Option is the central focus of a much-anticipated plan to tackle the thorny issue of skyrocketing health-care costs, which have risen to the top of voters’ concerns in 2020. It achieves those savings by wrestling down reimbursement rates to hospitals to ones more similar to government programs like Medicare and Medicaid. The new proposed formula released Monday sets a base reimbursement rate of 155 percent of Medicare rates. That figure is more generous than both the average at which Colorado hospitals break even – currently 143 percent – and at which hospitals nationally turn a profit.

“This administration is working to save people across Colorado money on health care,” the governor’s Press Secretary Conor Cahill said. “The governor partnered with lawmakers to pass a bipartisan reinsurance program, end out-of-network surprise billing and lower the cost of prescription drugs. We have made progress in just 13 months, but there’s more work to do. This thoughtfully crafted formula will help save Coloradans up to 20 percent on the individual market and bring transparency on costs for all consumers.

The administration calculated the new formula based on annual data that state hospitals turn into the Colorado Hospital Association and the Colorado Healthcare Affordability Sustainability Enterprise Board.

Katherine Mulready, senior vice president of the Colorado Hospital Association, said the proposal does not address or alleviate concerns her organization has expressed in the past.

“We always like to see what it looks like in black and white before we pass judgment,” Mulready said. “However, what we have heard directly from the sponsors and certainly from the governor’s office, is that the proposal will include hospital rate setting with pretty significant cuts to hospital reimbursement that are not acceptable to Colorado hospitals and really shouldn’t be acceptable to Colorado consumers, either.”

Groups that represent health insurance companies and medical providers have not yet commented.

According to the governor’s office, the formula is designed to aid Colorado hospitals in different ways. The plan rewards hospitals with even higher reimbursement rates if they meet a number of factors that aim to benefit rural hospitals as well as big safety-net institutions like Denver Health. Those criteria include: if a hospital is independent; if it provides critical access; if it has a high share of Medicaid or Medicare patients; and if it is shown to be taking steps to manage the underlying cost of care.

The formula also takes into account unique factors like whether a hospital is a critical access, independent or has a large number of patients on Medicare and Medicaid.

“We look forward to working with lawmakers on both sides of the aisle to create a Colorado Option and realize these savings for Coloradans – all for less money than special interests are spending to convince Coloradans that expensive premiums and out of reach health care is the best we can do,” Cahill said.

Rep. Dylan Roberts, D.-Avon, said the program will ensure that rural, critical-access and independent hospitals can continue providing care and that no hospital will be put in a worse position.

“The formula is an accurate representation of the current reality in Colorado and shows that we can pare back some hospital costs in order to save Coloradans money on their insurance while still protecting the hospitals that we all need,” Roberts said.

The Public Option Bill is expected to be released in the coming week. The reimbursement formula and analysis will be included in that bill.

“If the insurance companies aren’t willing to create competition themselves, which has been the case so far, we think creating this state option that will inject some competition into the market,” Roberts said. “We’ll have lower premiums for those who want to purchase the state option and hopefully the competition will also help the existing plans to lower their premiums as well.”

Backers of the plan say it employs several strategies to cut costs beyond limiting hospital charges. It would increase what insurance companies spend caring for patients by requiring that 85 percent of an individual premium be spent on care. It would also require pharmaceutical rebates be passed on from insurance carriers to consumers. And it would promote competition, especially in the counties where residents have just one insurance option on the individual market.

Polis has verbally sparred with hospitals for months over a number of groundbreaking new programs and proposals – and how to pay for them. And he hasn’t been shy about pointing out what he views as a prime driver of high health-care costs. Last month, he told CPR that Coloradans are being “ripped off” by the health care industry.

The plan does include some mandates, including one that hospitals have bristled at: a requirement for hospital participation. Just how the state would compel that hasn’t been worked out and is expected to become part of the upcoming legislation.

This proposal differs in significant ways from the public option concept popularized by Democratic presidential candidates Sens. Bernie Sanders and Elizabeth Warren. Their plans envision allowing people to buy into a public insurance program like Medicare.

Colorado’s version has been called a “state option.” It expands the role of private insurance carriers instead of carving them out, which is a key worry for opponents of a public option.

Initially, only Coloradans who buy health insurance for themselves would be able to buy a state plan. Private insurers that already offer plans on the individual market would be required to offer the state plan in counties where they sell plans.

Consumers would be able to buy the new coverage in 2022.

To read more from Colorado Public Radio, go to www.cpr.org.

Feeling the sting: Centura backs out of community alliance 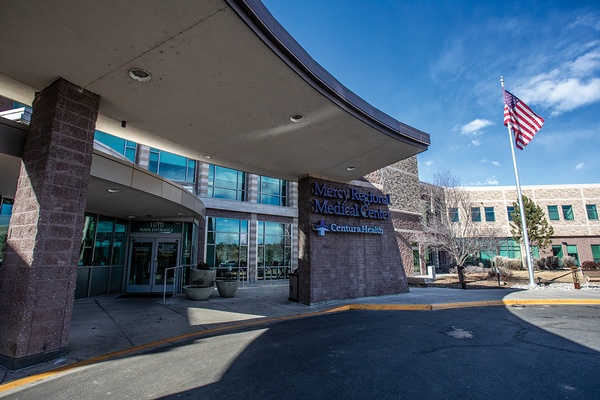 While the state’s public option moves forward, plans for a community-based health plan in Southwest Colorado have hit a snag.

On Monday, Centura Health, parent company of Mercy Regional Medical Center, announced it is backing out of negotiations to work with the Southwest Health Alliance to lower medical costs.

According to an advertisement that ran last week in the Durango Herald, Centura said it has come up with a “new plan” of its own that would lower costs by 20 percent.

The announcement caught many off guard, including Monique DiGiorgio, executive director of the Local First Foundation which has been spearheading the alliance.

“We are extremely disappointed in this response because Centura’s plan cuts the community out of health care entirely,” she said in a statement . “Up until 12 hours ago, Centura had been stringing us along and indicating that they would be providing a fee schedule to be a part of our local health-care plan. By releasing this alternative at the 11th hour, Centura is undercutting the community through back-door deals with insurance carriers.”

McCarthy said Mercy’s plan is an attempt to cut other less-expensive local options, such as Cedar Diagnostics, out of the loop. “We were directly working with local, independent health-care providers, and this is precisely who Centura is cutting out of their proposed plan,” he said.

Despite being disappointed, those involved in forming the health alliance plan to move ahead, and are hopeful negotiations with Centura can resume.

“We are asking that Centura come back to the seat we prepared at the community table through the Southwest Health Alliance if they truly want to emulate the goodwill and community support that the Sisters of Mercy have shown to our community,” Ted Wright, Local First Foundation Board chairman, said.

In a Monday news release, Centura Health left the door open. “We completely agree that health care is way too expensive in Durango and surrounding communities,” the statement read. The release added that Centura welcomes the opportunity to work with the Durango community, including the Southwest Health Alliance, to “further enhance health care affordability, accessibility, choice, accountability and transparency.”

More than 5,000 residents and business owners have expressed interest in the SW Health Alliance plan, according to the Local First Foundation. The plan would provide coverage for individuals and employers in La Plata, Montezuma, San Juan and Dolores counties.

The local plan is based on the model of Peak Health Alliance, in Summit County. Since beginning in late 2018, Peak has expanded choice while insurance premiums have dropped more than 20 percent, according to the Local First Foundation.

For more information on the SW Health Alliance: foundation.local-first.org/health-care/