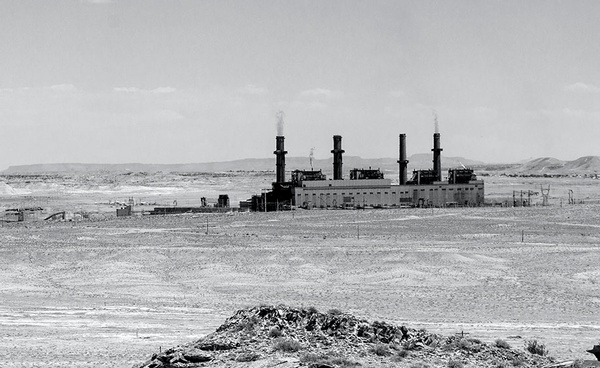 By now I suspect most of you are aware of the bad news of the day when it comes to the federal government’s power to limit carbon dioxide emissions from power plants. That power has been taken away by the conservative majority of the Supreme Court, which is on a rampage lately.

The case, West Virginia v. EPA, concerned the Obama administration’s Clean Power Plan, which limited carbon dioxide emissions from power plants in a manner that aimed to phase out coal-fired power plants altogether – albeit not immediately and, some might say, not quickly enough. The Supreme Court ruled 6-3 that only Congress can limit carbon dioxide emissions to a level that forces a nationwide transition away from coal, which is to say: Given that most of Congress is owned by corporations and will do nothing, this ruling essentially gives corporations free rein to spew climate-changing pollutants into the atmosphere.

“The Court appoints itself – instead of Congress or the expert agency – the decision-maker on climate policy,” Justice Elena Kagan noted in her dissent. “I cannot think of many things more frightening.”

Yeah, same here. I haven’t delved too deeply into the decision and all of its intricacies yet. But, from what I can tell, we aren’t doomed entirely by this decision, alone. That’s because it leaves a lot of tools intact that can be used to limit other pollutants, aside from carbon dioxide, from coal power plant stacks. And because in most places coal is being phased out anyway, thanks to economics, years of tenacious environmentalists’ efforts, state-level regulations and, in some cases, corporate shareholders actually pushing companies to clean up their act.

This is where we get to the good news. On June 30, Public Service Co. of New Mexico shut down one of two remaining units on the coal-burning San Juan Generating Station in Shiprock. In three months, PNM will abandon the entire plant and, if all goes according to plan, it will be demolished. The accompanying mine will be shut down and reclaimed, and a major solar array will be constructed nearby to utilize the capacity on the high-voltage transmission lines that spoke out across the West from the substation.

The smokestacks will cease emitting thousands of pounds of sulfur dioxide, mercury, arsenic, nitrogen oxides and other harmful pollutants along with millions of tons of climate-warming carbon dioxide each year. The plant will stop gulping up more than 5 billion gallons of San Juan River water annually, leaving that water for other uses or to stay in the river for the fishes’ sake. And it will no longer dump millions of tons of toxic coal combustion waste in the mine and in settling ponds nearby (The Four Corners Power Plant, a dozen miles away, will continue to burn coal and emit pollution).

And, to help offset the economic pain from losing one of the region’s biggest employers and tax-payers, PNM will pay the affected communities tens of millions of dollars to develop their economies and help and retrain workers.

Yes, there is a hitch or two standing in the way of cleaner air and a diversified economy.

For starters, an obscure company called Enchant Energy has teamed up with the City of Farmington in a long-shot bid to take over ownership of the plant and keep it running as is until it can scrape up $1.4 billion or more to install carbon capture equipment on the plant. It’s a long shot for a number of reasons. But to sum up the obstacles:

• Enchant has not lined up investors or financing for the project, in part because the only thing making the project remotely economically feasible are federal tax credits for capturing carbon.

• Enchant has not secured water rights, transmission capacity, a coal contract or any of the permits it would need to continue running the plant, let alone construct carbon capture and sequestration infrastructure.

• PNM doesn’t want to buy electricity from the plant, and even if it did, New Mexico’s Energy Transition Act wouldn’t allow it to due to emissions limits.

• New Mexico’s Environment Department is about to implement a rule that would prohibit the plant from running without carbon capture starting Jan. 1 of next year.

• While Enchant might be able to sell power from the plant in the near-term, because many utilities are facing generation crunches this summer and next summer, it’s unlikely many utilities are going to be willing to purchase dirty coal power in the future.

• The idea of installing carbon capture on aging coal plants in order to keep them running is insane. If you’re really concerned about preserving jobs and tax revenues, why not invest that $1.4 billion into the affected communities? Why spend so much damned money just to keep polluting? And yes, even if the carbon capture equipment were installed, the plant would continue to spew out other pollutants at the current rate. Carbon capture may have a place on cement plants, for example, or even natural gas plants. Not on coal plants.

Most environmentalists I’ve spoken to are optimistic about Enchant, which is to say they are pretty confident that their attempt to keep the plant running after PNM leaves is not going to fly.

I hope they’re right. However, I can imagine a scenario in which Enchant and city leaders leverage the region’s deep ties to and reliance upon fossil fuels, along with the Biden administration’s apparent zeal for carbon capture, to lure federal subsidies to the project. The company might even get some exemptions from state or federal agencies and so forth, if only to keep dragging this scheme out for years. Maybe they’ll even switch gears and team up with the governor to create some sort of blue hydrogen production plant.

But I’m not going to let those unlikely scenarios get me down. I’m going to celebrate. I’ll wait a few days for the air to clear, then I’ll go up to a favorite high spot of mine atop the McElmo Dome and look out onto the landscape. And so long as there’s no wildfire smoke blowing through, I should be able to see it more clearly than I ever have before. And it should only get better.