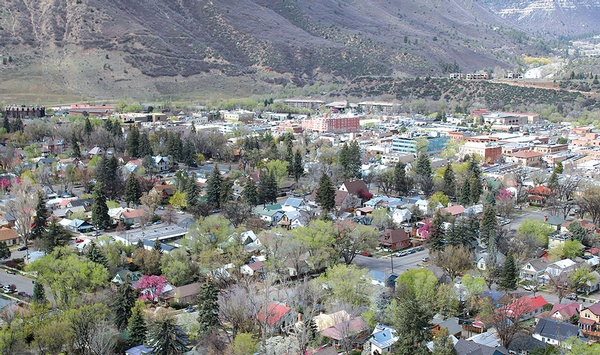 The housing crisis in Durango isn't just a matter of supply and demand. It's what supply there is being bought up by investors, second homeowners and other people with cash on hand./ Photo by Scarlett Moore

When I first perused the 1971 planning document this series is based on, “DURANGO! Shaping An Urban Area,” I was surprised at how prescient so much of it was. The planning commission knew the town would grow substantially over the coming decades and if they didn’t do something to manage the growth it would destroy the community they called home. Many of their initiatives – a push to designate greenbelts and open space, for example – eventually came to fruition and now are core elements of the town. Those planners of a half century ago did, indeed, help shape the urban area we know today.

But their foresight did come up short in one realm, housing. They simply didn’t, and probably couldn’t, imagine that we would reach a point at which the average home costs well over a half-million dollars. Virtually no one from the working class can afford to buy a home without outside help or cashing out of an even more inflated market, and a major concern is a permanent camp for the growing number of unhoused residents.

Indeed, the biggest housing-related concern for the 1971 planners was blight. They determined that 22% of the town’s housing was either “deteriorating” or “dilapidated,” with the substandard units concentrated in south Durango, the old Animas City area and along Florida Road, northeast of town. “Unless corrective measures are taken,” the planners wrote, “the deterioration will grow like a cancer.” Little did they know that a reverse sort of phenomenon would occur: gentrification would spread to the “substandard” areas, and the dilapidated homes would become high-demand, high-priced rentals.

While the planners did note that “housing for the low income families should be provided,” they didn’t elaborate much, except to suggest officials “make provisions” to “permit housing for low-, medium- and high-income groups.” In other words, they would zone some areas for multi-family housing, maybe ease up land-use regulations to make it easier to build more housing, and call it good.

Thing is, while the situation has changed radically since then, the strategy for dealing with the housing crisis has stayed more or less the same. It’s based on the theory that the housing problem is solely one of a supply-demand imbalance: There simply aren’t enough homes (lack of supply) for all of the people moving into a particular area (rising demand), which causes prices to climb. In other words, housing units are just another commodity, like oil or wheat. And what do you do when oil prices shoot sky high? You produce more oil (or, in the case of oil corporations circa 2022, you buy back stocks and reap massive profits), and prices go down. Crisis solved.

Sometimes the housing market does operate under these rules. Take Williston, N.D., in the early 2010s. A sudden oil drilling boom caused a massive, rapid influx of population. The small town didn’t have enough housing units to accommodate the boom. Prices shot up to San Francisco levels. A bunch more housing was constructed. The boom ended. People moved away. Prices dropped. Now you can pick up a house for less than $200,000.

But this dynamic isn’t driving the current housing crisis. While some unaffordable areas do have bona fide housing shortages, it is not the shortages that are driving up prices. (I’m using “shortage” to be: # of households > # of housing units). Let’s look at a really big example, Los Angeles. As is the case in most places in the West, housing prices are going bananas in the City of Angels.

If housing followed simple laws of supply and demand, you might infer the population of Los Angeles has increased faster than the number of housing units over the past two years. However, Los Angeles’ population shrunk, with the biggest decline starting right when housing prices started their steepest climb. That’s what you call a negative correlation, folks. And it’s not like the housing stock was shrinking or getting wiped out en masse by earthquakes or forest fires (though there was some of this). In fact, it appears that construction has speeded up over the last couple years, even though people are leaving.

Students of the supply-demand school will tell you that if La Plata County and Durango merely loosened land-use regulations and made it easier for developers to build even more housing, then they’d increase the housing stock, alleviate the scarcity and prices would go back down. While that is the intuitive solution, a simple thought experiment shows it wouldn’t work that way.

Because it’s more contained, and smaller, let’s take this experiment to Telluride, home of multi-million dollar shotgun shacks. Imagine for a moment that the Town of Telluride, wanting to find a solution to the housing crisis, sold 20 acres of land on the Valley Floor at market rate to a developer and eased building regulations on the condition that the developer build at least 150 housing units (but adding no other restrictions). Because that would be a dramatic increase in the town’s housing stock, it should cause housing prices to decrease substantially if, indeed, this were a simple matter of supply and demand.

Would that happen? No. Why? Because investors, second-home owners and others with cash would come in and snatch up every one of those units, almost regardless of the asking price.

Another example can be found back in Durango. The Three Springs development outside of town didn’t even exist a couple decades ago. Now it is home to hundreds of housing units and continues to expand. Yet prices are also going up there, regardless.

So the solution is to build more affordable housing, not just more housing. Nonprofits can do some of this, but mostly it will be up to governments, from the federal to the local level. And it has to be a massive effort. It’s great and all when a town buys a house and converts it into a dorm for a half-dozen workers, but it’s not going to cut it. These communities need hundreds of affordable, livable units.

How do you pay for it? Simple: Taxes. Progressive taxes. On a federal level, reinstate the marginal tax rates of the postwar era, when annual incomes above a certain amount were taxed at a rate of 90% or more. And on a local level implement a progressive real estate transfer tax. By progressive I mean ratchet it up according to the dollar amount of the sale. Sales under $300,000 would have no tax; $300,000 to $500,000 would have a 1% tax; $500,000 to $1 million a 3% tax; and above $1 million would be 5%. Put all of the revenue into an affordable housing fund.

Unfortunately, Colorado blocked communities from implementing new real estate transfer taxes (some towns, like Telluride, are grandfathered in; its 3% tax has generated at least $4 million per year since 2004 and in 2020 brought in more than $14 million). Still, that’s reversible. State lawmakers simply need to get off their duffs and nix that one from the books. Then towns and counties need to stand up to the real estate industry and implement it.

As for states that don’t have the same hurdles to overcome, what are they waiting for?

The Land Desk is a newsletter from journalist Jonathan P. Thompson. To subscribe, go to: www.landdesk.org.