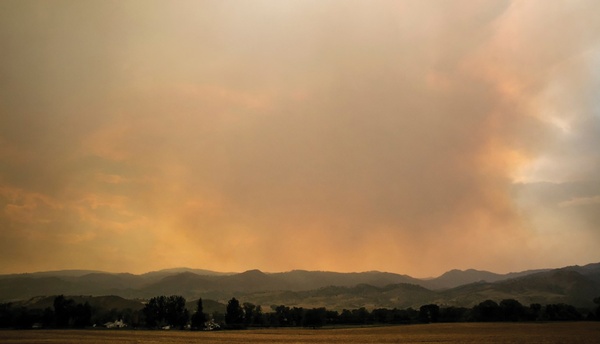 Temperatures may be rising across most of the United States, but it’s the Southwest that has become hotter and drier in the last 30 years, according to data published Tuesday by the National Oceanic and Atmospheric Administration.

The new climate “normals” compile temperatures and precipitation levels collected from about 8,700 weather stations across the country from 1991-2020. The 30-year averages are updated every 10 years – the last period was 1981-2010 – and are used by meteorologists to gauge how current weather conditions compare to the overall climate.

The latest report shows that the last 30 years were not only warmer on average than the previous period from 1981-2010, but warmer than the 100-year average of the entire 20th century, Hanson said.

“That average also includes early in the 20th century, before we really started to feel the effects of climate change,” he said. “So this last 30 years is really markedly warmer than the previous century.”

The entire country warmed over this latest 30-year period, except for parts of the northern plains in the Dakotas and Montana, according to the data. The Southwest had the biggest increase in temperatures, especially New Mexico and west Texas.

Precipitation patterns tend to emerge over longer periods of time, State Climatologist Russ Schumacher said. Still, a split is clearly visible along the Continental Divide: Precipitation has dropped in the West while it has increased in the East.

“The conditions over the last 20 years or so have been generally more extreme and drier and warmer (west of the divide) than what we’ve seen east of the divide,” Schumacher said.

This puts Colorado, which is divided by the Rocky Mountains, in a strange situation. While precipitation has dropped significantly in the west and southwest parts of the state, it has remained relatively stable and even risen in the east.

Average temperatures across the state rose only slightly except in pockets of southern Colorado, where they jumped by more than a degree, according to the data.

These climate normals are also used by cities for planning purposes and farmers to determine how much rain could fall on their crops, Hanson said. Utilities can also use the normals to anticipate electric use, though an Xcel Energy spokesperson said the company uses its own data, which it updates annually.

The climate is clearly changing, Hanson said. Colorado had its three largest wildfires in state history last year, which also tied records for being the second driest on record.

The latest “normals” provides an important snapshot, but scientists want to stress the warming climate is anything but normal.

“That’s kind of what we’re used to now,” Schumacher said. “We run the risk of interpreting this new normal that’s warmer as being normal in our minds.”