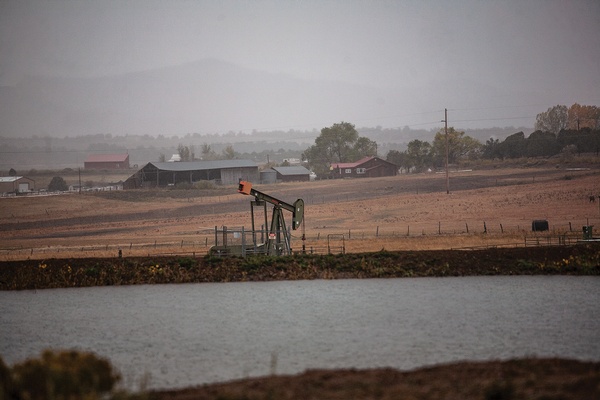 On April 16, Colorado Governor Jared Polis signed into law Senate Bill 181. The new law contains some of the most sweeping reforms to oil and gas regulation in the state's history. At the forefront of getting things started is director of the Colorado Oil and Gas Conservation Commission Jeff Robbins, whose family has called Durango home for almost 25 years./Photo by Stephen Eginoire

Over the past couple decades, Jeff Robbins’ work as an  oil and gas lawyer – with a specific focus on serving local communities – allowed him to build relationships and gain the experience needed to carry out one of Colorado’s most sweeping reforms to oil and gas regulations, Senate Bill 181.

“I feel like I’m in a good place to implement this legislation,” Robbins, a Durango-based lawyer who’s currently serving as the director of the Colorado Oil and Gas Conservation Commission, said. “I believe my background and my work has accidentally placed me in this unique position.”

Robbins was born and raised in Georgia, but he’s called Colorado home for almost 25 years. When he first came to Durango in 1996, he was hired by a private law firm to help La Plata County with legal matters specific to oil and gas development.

During the county’s oil and gas boom in the 1990s, Robbins helped leaders navigate state, federal and local regulations. Over the next decade, he expanded his clientele to include other municipalities, like Boulder and Lafayette, eventually opening a private practice on the Front Range.

After years of working with communities in the Southwest and on the Front Range – even consulting for then- U.S. Rep. Jared Polis, D-Boulder – Robbins was tapped by former Colorado Gov. John Hickenlooper to serve on the 2014 Oil and Gas Task Force.

The Task Force, which was chaired by La Plata County Commissioner Gwen Lachelt, worked to bring stakeholders from the oil and gas industry together to come up with ideas to improve regulatory issues and try to bridge the growing divide between developers and conservationists.

Robbins said if someone had told him during his days on the Task Force he’d eventually be heading up the Colorado Oil and Gas Conservation Commission (COGCC) he would have thought it quite curious.

But, today, that’s exactly where he sits.

Not only does Robbins now find himself at the helm of the commission, he’s in charge of enacting the most comprehensive regulatory changes to oil and gas development the state has seen.

Senate Bill 181 passed the Legislature in early April and was signed into law by Gov. Polis on April 16.

Under the new law, the director of the COGCC is the one tasked with putting it into practice. This means quickly setting up guidelines for oil and gas permitting across the state, coming up with criteria for when the commission will require additional review of a permit application, overseeing changes to the makeup of the commission, hiring new staff, and writing a host of other rules associated with public health, safety and the environment.

The new law has 16 different sections detailing new regulations, rules and more. It also repeals and revises sections from previous laws, like the Oil and Gas Conservation Act which was last amended in 2007 to create the COGCC.

The revisions include what Robbins said were the two key changes coming out of SB 181. The first is about priority. No longer is the state looking to balance oil and gas development with public health and environmental concerns. Instead, the priority is to protect public health and safety, and the environment.

State officials have described it as a change from “fostering” oil and gas development to “regulating” it.

The other key difference is the authority given to local governments.

Robbins said historically communities have had some say in oil and gas development within their borders, but this was implied. With the new law, they have real regulatory authority.

This power doesn’t extend so far as to allow communities to completely ban oil and gas development or even require specific setbacks, Robbins explained, but it does give local governments the leverage to modify which areas are open to permitting and even regulate noise-related issues.

“Local governments can be stricter,” he added. “It’s really up to each community.”

The effects of SB 181 will likely not lead to big changes on the oil and gas landscape in La Plata County. For years, production has been on the decline. The challenge for county officials today is not how to address increasing oil and gas development, but how to address the revenues lost from a lack of production.

Communities on the Front Range, however, are confronting a different problem.

Robbins said some are facing significant pressure from oil and gas, and those are the communities that will be affected the most by the new law.

Adams County, for example, which encompasses Thornton, Westminster and Brighton, adopted a moratorium on oil and gas permits in March.

The reason given by leaders was a concern that the community could see a rush of applications in the wake of SB 181’s passage. For now, the county is waiting to see some of the rules coming out of Robbins’ office before deciding what regulations to put in place.

Aurora, which overlaps Arapahoe, Douglas and Adams counties, is going in another direction. The city has already entered into agreements with oil and gas drilling companies within its borders and addressed issues like setbacks from schools and homes.

Although some local governments, like Adams and Aurora, are moving fast in response to SB 181 and looking to set their own standards, Robbins said it will likely take years to truly implement the new law.

And, he’s ready to stay on until the job is done. “It has been a tremendous amount of work and a tremendous challenge,” Robbins explained. “I’m honored and excited to take up the opportunity and to be involved.” 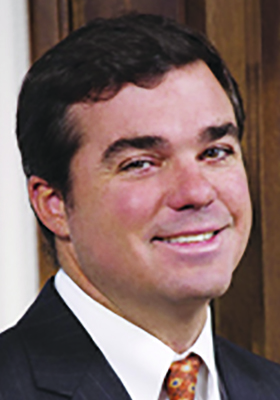 Senate Bill 181 requires the director of the Colorado Oil and Gas Conservation Commission to almost immediately put out guidelines and draft criteria for oil and gas permitting across the state.

These guidelines and criteria were officially released April 19, just three days after the bill was signed into law.

The Operator Guidance document sets up guidelines for companies who are currently seeking a permit and gives them some understanding of how the process will move forward while the state rolls out the new law. The Draft Objective Criteria lists the standards by which the COGCC will require additional analysis of future permit applications.

Once the Objective Criteria is finalized, which is expected to happen by May 16, the Guidance document will be rescinded.

The criteria are not specific regulations or limits on oil and gas permits. They’re more like benchmarks that trigger a closer look. Some of the standards included in the draft are locations that are within:

• A municipality
• 2,000 feet of a school property line
• 1,500 feet of a municipal boundary, platted subdivision or county boundary
• 1,000 feet of a designated outdoor activity area
• A floodplain or sensitive area for water resources

The draft of these specific criteria is open for public comment until Mon., April 29. COGCC Director Jeff Robbins, who lives in Durango, is required to move quickly under the law, but he also said public involvement is essential.

“We are going to hold a robust and transparent rulemaking process,” he added. “It’s important to hear from all sides of the debate.”

To read and comment on the proposed criteria, visit cogcc.state.co.us/comments/view/.