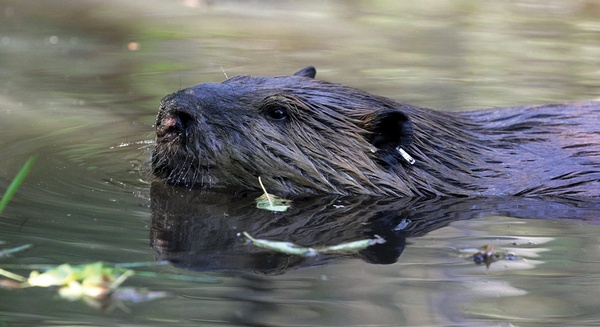 The conclusion comes from a new study in the journal Nature Communications focused on a beaver dam outside Crested Butte. In 2017, Christian Dewey, then a doctoral student focused on water and soil science at Stanford University, set out to research shifting stream flows along the East River, a winding tributary of the Colorado River.

Dewey, now a post-doctoral researcher at Oregon State University, hoped the study could add context to a potential threat to western watersheds.

As climate change drives more frequent droughts and drier weather, scientists fear excess nutrients, like nitrogen, could build up in waterways. In normal years, major downpours and seasonal snowmelts flush away such harmful chemicals. But in a drought, they remain, contaminating the water and surrounding ecosystems.

Although a little nitrogen is good, Dewey said too much can trigger harmful algal blooms that deprive fish and other creatures of essential oxygen. Accumulated nitrogen also puts human infants at a higher risk of “blue baby syndrome,” a potentially deadly condition defined by low blood-oxygen levels.

Dewey had no plans to study beavers until the industrious rodents took over his research site. During the dry summer of 2018, a dam appeared across the main channel of the river, slowing the flow into a small pond.

“We were really just in the perfect position to capture the changes the beaver dam caused,” Dewey said. “It was really being in the right place at the right time.”

The beavers maintained the dam for two months until the water swept away the mud and branches. By carefully tracking stream flow and chemical composition, Dewey found the structure flooded the surrounding soil, allowing microbes to convert excess nitrogen into a harmless gas.

Rain and snowmelt have a similar effect, but nothing close to the benefits of beavers. The research found the dam increased nitrogen removal by 44% compared to the river’s normal seasonal fluctuations.

Those benefits could spread as the amphibious rodents continue to reclaim their range across North America. Natural histories of the buck-toothed mammals have documented a remarkable recovery: After European colonization, hunters and trappers pushed the species to the brink of extinction as they sought pelts to make hats and coats. The species made a spectacular comeback in the 20th century as fur fell out of fashion and conservationists rushed to preserve the animals.

Dewey sees it as a rare bit of hopeful climate news. He doesn’t expect beavers will reverse global warming or free humanity from its urgent responsibility to reduce greenhouse gas emissions, but he thinks they could help buffer some of the short-term impacts.

“There is some pushback here – in the form of beavers, at least,” Dewey said.