Less than 1% of Telluride tests positive
Company postpones second round of testing indefinitely due to delays, lack of supplies 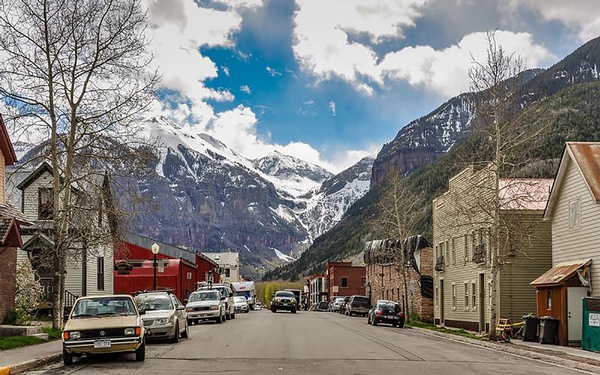 COVID-19 in San Miguel County, only eight, or about one percent have come back positive. Another 23 have either indeterminate or borderline results, which means the person may have been exposed to the virus, but their immune system hasn't yet produced enough antibodies to register a positive on the test.

Officials say those people will be tested again in two weeks and should self-isolate.

“Health officials are being extremely cautious and treating positive and borderline results as presumptively active infections,” county officials said in a press release. “These individuals would have the potential to be shedding the virus and be contagious.”

San Miguel County was the first place to embark on testing for all. Anyone could get a COVID-19 blood serum test, healthy or not. So far, they have tested about 12 percent of the county’s 8,000 residents. Meanwhile, the state has reported results for about three-tenths of 1 percent of Colorado’s total number of residents.

“This tells us that there are a number of people who were and are carriers of COVID-19 and can therefore spread the virus to others,” Dr. Sharon Grundy, county medical officer, said in a statement. “This is why, more than ever, we need to focus on our behavior.”

The tests were being funded by two biomedical executives who have a home in Telluride. They and county officials had hoped to determine how widespread COVID-19 was in the community. The test is capable of detecting antibodies even if a person already has had the virus and recovered, or if they have it and don’t know it. “Blood doesn’t lie,” Mei Mei Hu, co-CEO of United Biomedical (UBI), the company performing the tests, said in an earlier interview.

However, a second round of COVID-19 blood tests scheduled for this week have been postponed indefinitely, according to a story in the Telluride Planet on Tuesday. According to UBI, tests aren’t able to be processed as fast as initially planned because the company’s staff has been cut by 40 percent due to state restrictions. There’s also a lack of supplies, including personal protective equipment.

The plan was to test participants 14 days after the first blood draw, but now officials may not receive the results of the 4,000-plus remaining tests for weeks, Grundy told the Planet.

Grundy, along with other local officials, still believes the decision to partner with UBI is the best plan moving forward.

“The data will provide a better understanding of the prevalence of the virus in our community and how those who were exposed to COVID-19 fared,” she said.

Hu told county officials that the company aims to process as many outstanding tests per day as possible, starting Thursday or Friday.

“Like everyone right now, we’re trying to navigate our operations in these unprecedented times to the best of our ability,” Hu said in a released statement Monday. “We understand the critical importance of timely test results and the immense stress that everyone is under, however industry- wide disruptions due to the COVID-19 epidemic ... have led to an unexpected backlog in processing results.”

This story was edited to add local content and context. For more from Colorado Public News, go to www.cpr.org.