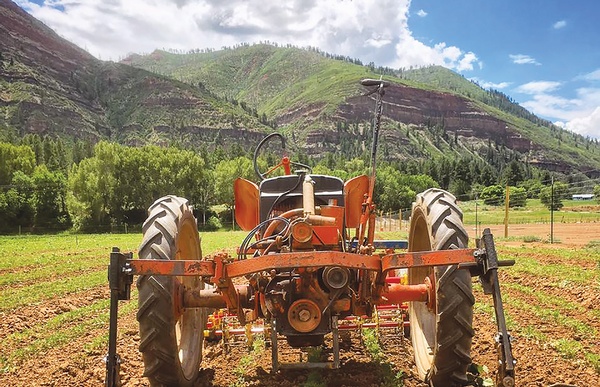 Fields to Plate, pictured above, sits in the northern end of the Hermosa Valley. The farm was one of five to receive a zero-interest micro loan from Four Corners Slow Money, which owners Max Fields and Tom Plate plan to use for equipment to improve cultivation, weed mitigation and expand production./Photo courtesy of Fields to Plate

It turns out slow money moves fast. It was only one year ago when the Four Corners Slow Money founding members received their first donation. Less than six months later, they were able to offer their first interest-free loan to Adobe House Farms in Durango for $3,000.

This week, the group was able to lend more than $30,000 split between five local farms – all with an interest rate of 0 percent.

“The first checks were made exactly one year ago,” Sandhya Tillotson, a founding member of Four Corners Slow Money, said.

Tillotson described the process as peer-to-peer lending, completely supported by the local community. The farmers and ranchers who apply for funding from the group might not qualify for a typical small business loan or aid package that is available to larger operations through the U.S. Department of Agriculture.

That’s where Slow Money steps in, providing micro loans at a 0 percent interest rate and giving local farmers and ranchers the assistance they need to expand production, upgrade equipment or even grow new produce.

And, the loans are just the beginning. Five months ago, when the Four Corners group handed out its first check, it started the cycle the Slow Money concept is built upon.

When farmers or ranchers explain what they need the loan for, they also lay out a payment plan that works for them. Giving the funds back to the Slow 4 Money group isn’t meant to be burdensome but should work for everyone.

Once the loan is paid back, the funds basically get recycled and can be loaned out to the next applicant.

“When the money is repaid, it goes back in the pot. So, it’s an ever-increasing pot,” Linda Illsley, another founding member of Four Corners Slow Money, said.

“Think about what it does for our community if we have a really strong economic base,” she added.

The Slow Money movement arose from the Slow Food movement, which unlike “fast food” promotes healthy, local and sustainable cooking. Founder Woody Tasch was inspired to take the concept to the bank by creating a way to fund the people who make local food systems work: farmers and ranchers.

Local is what truly describes all five of this latest round of recipients.

One farmer hails from the Old Fort’s Market Garden Incubator Program at Fort Lewis College. The program is a way for young entrepreneurs to get their foot in the farming door. Max Kirks was able to build upon his experience with the incubator program and now collaborates with the owners of Fenceline Cidery in Mancos in an effort to recover the region’s rich orchard history.

Duke Jackson, owner of Sol Vista Farm and a former Outlier Farms employee, is also based out of Mancos. Jackson asked for funds so he could build a walk-in cooler on his property to use during the harvest season.

Hailing from Dolores, Clay and Megan Tallmadge have spent the past three years turning Pleasant Tree Farms into a sustainable, environmentally friendly tree and shrub nursery. The couple turned to the Slow Money program so they could invest in the composting side of their business and set up a vermiculture system.

The other two applicants have been farming in Durango since 2013 and are hoping to expand their produce offerings to local restaurants and other businesses in the region.

Tom Markle, owner of 550 Farms in the Hermosa Valley, said his property is special but in need of some upgrades to the irrigation system, which is why he turned to the Slow Money group for support.

Also based in Durango is Fields to Plate, run by Max Fields and James Plate. The two needed equipment to improve cultivation, weed mitigation and expand production.

“We’re on a good path, but having this loan can get us growing more food,” Fields said. “We have more demand than we can fulfill.”

About 40 people attended a “pitch fest” Saturday – only the second large membership meeting in the Four Corners Slow Money group’s history – to hear directly from all five applicants and decide which ones to support.

When it began, the Four Corners Slow Money group was about $900 shy of the $30,000 needed to fund all the requests. In less than an hour, however, the gap was closed and by the end of the meeting, the membership voted to fully fund all five.

Only one applicant who reached out to Four Corners was not able to secure a loan. Tillotson explained that the farm was based in Las Cruces, N.M., but the group wants to focus on Southwest Colorado and Northern New Mexico.

So instead, they connected the farm’s owners with the movement’s founder, Tasch, in the hopes that another chapter of the Slow Money movement could take root in Southern New Mexico. “We want to continue to grow this movement throughout the Four Corners,” Tillotson said.

“This is just going to keep snowballing,” Illsley added. 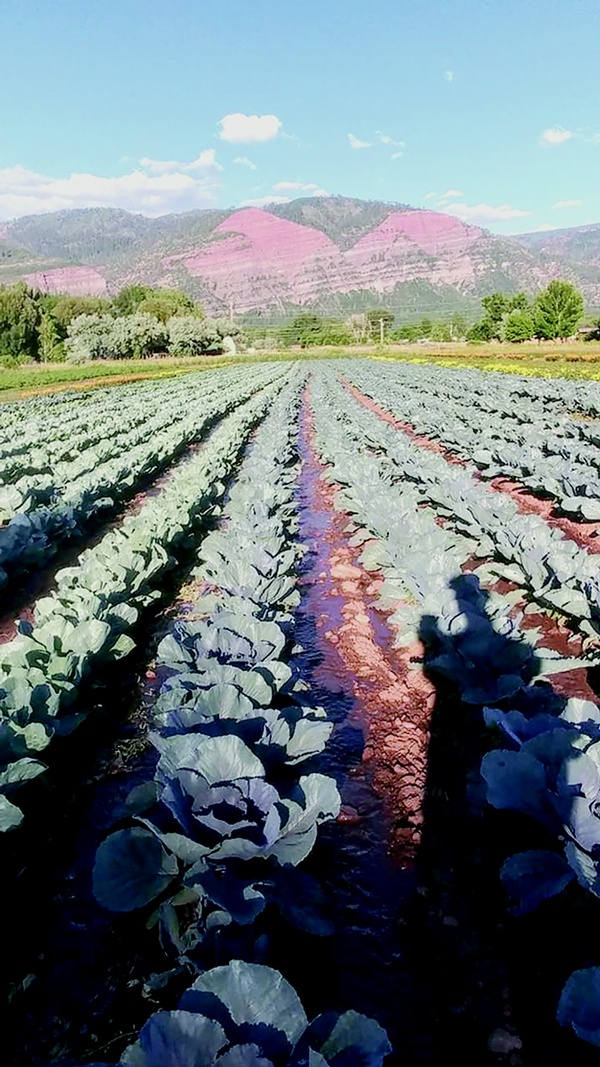 Tom Markle, who owns 550 Farms, pictured above,  describes the land as a special piece of property, but in need of some irrigation infrastructure. With the loan from Four Corners Slow Money, he'll be able to make the improvements./Photo by Tom Markle

For more on the Four Corners Slow Money group, to join the movement, or just donate towards the next round of loans, check out www.fourcornersslowmoney.org.

Memberships are $150 for growers, and $250 – all of which goes towards loans for local farmers and ranchers – for everyone else. Four Corners Slow Money does allow up to five people to come together to pay the $250 membership fee; the caveat is the five-person group only gets one vote.

TONIGHT: The chiropractors at Atlas Specific are hosting a fundraiser for Four Corners Slow Money tonight, March 5, from

5-7 p.m. at their office in the Smiley Building, 1800 E. 3rd Ave., Suite 108. Billed as a Ladies’ Night of Indulgence, the event offers chocolates, mocktails, spinal health checks and more.