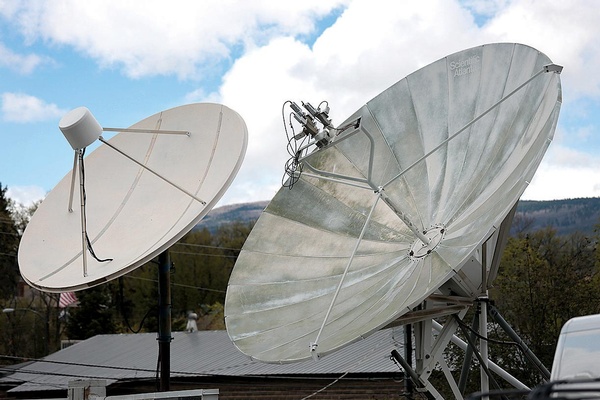 Currently, La Plata and Montezuma counties are part of the Albuquerque-Santa Fe market, one of 210 Designated Market Areas, or DMAs, in the country. La Plata recently asked the Federal Communications Commission to change its market to Denver – a request that was granted./Photo by Jennaye Derge

Separated by tall, rocky peaks and hundreds of miles, La Plata County and Denver can seem light years away – especially when you turn on the evening news.

What’s on? Breaking news in Albuquerque combined with political commercials about Santa Fe’s proposed beverage tax. What’s not on? The latest on Colorado’s battles over the state budget or the Denver Broncos as they prepare for the upcoming draft.

For more than a decade, La Plata County officials have been working to change that.

Along with Colorado’s senators and representatives, they’ve been trying to get the political debates, sporting events and all the news that matters to Coloradans broadcast into this corner of the state. Following a ruling this March from the Federal Communications Commission, it seemed they were making serious headway.

But, it turns out, this little orphan county’s request could seriously upset the broadcasting world’s apple cart.

“Even when the FCC said ‘Yes’ ... we knew this was not the end,” explained Riki Parikh, counsel for Sen. Michael Bennet, D-Colo. “This was just the first step.”

Years in the making

Since Bennet first took office in 2009, he’s been on the frontlines of the battle to get Colorado programming in La Plata County. Along with the state’s other elected officials – including former Sen. Mark Udall, current Sen.Cory Gardner, R-Colo., and Rep. Scott Tipton, R-Colo. – he’s introduced legislation or sent letters to the FCC trying to advance the county’s case.

One of the first things he did was help define and fix what’s called the “orphan county” issue. According to the FCC, an orphan county is one “served exclusively, or almost exclusively, by television stations coming from a neighboring state.”

As many in Southwest Colorado know, it means residents miss out on political-and sports-related coverage, like last year’s senatorial debates between Bennet and his challenger.

“This is common sense,” Bennet said in a statement.

“Coloradans should have access to Colorado news, sports and emergency information.”

In order to fix the orphan county issue, Bennet and others in Congress passed the Satellite Television Extension and Localism Act Reauthorization in 2014, also called the STELAR Act. It opened the door for counties like La Plata to ask the FCC for a “market modification.”

In fact, Parikh said, it was written with La Plata and Montezuma, the Southwest’s other orphan county, in mind.

Currently, La Plata and Montezuma are part of the Albuquerque-Santa Fe market, one of 210 Designated Market Areas, or DMAs, in the country. All the DMAs are owned exclusively by The Nielsen Company, the media firm responsible for the Nielsen ratings, and each represents a specific geographic area.

In the fall of last year, La Plata asked to change over to the Denver market. One request was submitted for each of the four major network channels – ABC, NBC, CBS and Fox. It’s the first time a request like this has been made and, by March, the FCC granted all four requests.

Unfortunately, about a month later, two of the country’s leading broadcast companies, Hearst Properties Inc. and Nexstar Broadcasting Inc., asked the FCC to take another look and reverse its decision.

La Plata County’s Assistant County Manager Joanne Spina, someone else who’s been working on this issue for the past 10 years, said the county was disappointed but not discouraged by this news.

From here, La Plata County has until May 1 to file their response to Hearst. Parikh said Hearst will likely have a chance to respond, and then it will go to the FCC’s full commission. It’s uncertain exactly when the meeting will

take place or if it will be open to the public. Either way, the Hearst filing does not delay the FCC’s decision. Things are still moving forward.

“We knew this was going to be a long road,” Parikh explained.

Getting the four Denver TV stations to La Plata County isn’t as easy as picking up the remote. After all, the STELAR Act only applies to satellite television. Cable networks are another matter.

“Cable channels are governed by different rules,” Parikh explained. The patchwork of regulations governing cable makes the process of changing those more complicated.

It’s also unknown what kind of service the satellite companies can provide. According to the FCC’s decision, DISH network informed them that SD, or standard, Denver service was feasible in La Plata but HD, or high definition,
was not. Also, DIRECTV told the commission that Denver TV is possible at this time, but it might not be in the future because of previously scheduled changes to its satellite network.

Even with the snags, the FCC decided service was technically and economically feasible – at least for now.

Going to the satellite providers to find out if La Plata’s request was at all possible was part of the FCC’s process when considering the market modifications. Once those issues were resolved, the FCC considered five other factors.

One of the arguments Hearst made in its filing was that all five of those factors weren’t given equal weight and, instead, the two related to local coverage and in-state programming were given priority.

Since this is the first request of its kind, it sets a precedent for decisions to come. If the FCC does not consider all the factors equally, Hearst argued, it may never have to. “If La Plata County can succeed in adding the Denver stations solely because the Denver stations provide programming of interest to Coloradans generally, other counties can follow the same blueprint,” the Hearst filing reads. They claim this could undermine the entire DMA system, which is already facing challenges.

In today’s world of digital media, online streaming and internet radio, the traditional DMA model for advertising and ratings is changing. It’s something the industry is trying to wrap its arms around and, according to Hearst, the FCC ruling would only make things more difficult.

to a regulatory-sanctioned overhaul of the local television DMA system from a market-based system into a system based on state lines,” the Hearst filing reads.

They argue this market overhaul would not serve the public interest but cause serious harm. With more than 80 orphan counties in the nation, according to Parikh, the FCC’s decision could cause a wave of requests – and a change in the broadcasting industry’s market map.

Montezuma County, for example, is one county keeping an eye on the situation. Parikh said they’re waiting to see how this plays out. “La Plata is paving the way,” he added.

The public’s wishes weighed heavily in the FCC’s decision and, according to those involved, it still can.

• FCC: www.fcc.gov/ecfs/filings/express. Under “Proceedings” search for La Plata County. Each of the four networks has a separate docket number.