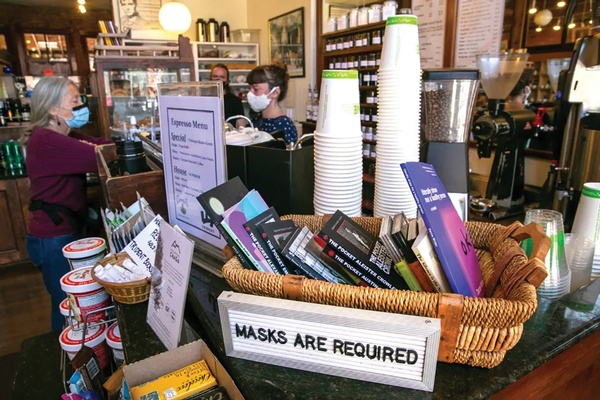 After struggling to hire contact tracers to slow the spread of the novel coronavirus, Colorado is getting some major help from Americorps and Senior Corps. At a press conference Tuesday, Gov. Jared Polis said 800 members of both programs, which are overseen by the Corporation for National and Community Service, would join the state’s efforts to monitor the disease.

Not all of the corps members will start right away. The governor said 300 Americorps members, from Denver and Durango’s VISTA program, are set to work immediately. The timeline for when all of the new recruits will be on the job is not yet clear, but the state is already taking applications. Many epidemiologists agree that contact tracing will be essential as the state reopens. As more people interact, it’s the tracers who will interview anyone with a positive test to figure out who else may have been exposed to the virus. Those people are then asked to get tested themselves and quarantine if necessary.

Public health experts have reduced the process to a mantra: test, trace and isolate. “It’s hard to underscore how important this is,” Polis said. “With hundreds of contact tracers working in the state, we will have a much better response to the virus and we will be able to address outbreaks more quickly, which will reduce infections, save lives and allow us to be open with our interactions.”

The announcement came as Colorado had fallen far behind other state’s efforts to expand contact tracing. Massachusetts recruited 1,000 contact tracers in April. Ohio, New York, Washington and Oregon quickly followed with their own efforts to build contact-tracing armies.

Just after California announced a plan to train 20,000 tracers in late April, Polis lauded Colorado’s public health department for doubling its contact tracing staff from 31 to 56. Local public health departments have also built up their own contact tracing systems since the start of the pandemic. In total, state epidemiologist Rachel Herlihy estimated about 300 contact tracers were at work across the state in mid-May. Those numbers are far short of what experts say is needed to actually impact the spread of the virus. One report from the National Association of County and City Health Officials estimated a state should have 30 tracers per 100,000 people during a pandemic, which would translate to about 1,740 tracers in Colorado.

The announcement puts Colorado within striking distance of that target. Polis said the 300 initial tracers would come from Americorps’ Southwest Region Campus in Aurora. Another 350 would come through the VISTA summer associates program in Denver and Durango, which Americorps operates to offer short, intensive terms of public service. An additional 100 to 200 Senior Corps volunteers would join in Denver. Polis said anyone interested in joining the effort could see details at the state’s website.

Free drive-thru COVID testing has come to Durango. Mercy Regional Medical Center announced this week it will be offering the service to symptomatic and asymptomatic members of the public at its main campus. The site, located in the parking lot on the east side of Mercy Hospice House, will be open from 8 a.m. - 3 p.m. Monday - Thursday and 8 a.m. - noon Saturday.

The testing site is being done in conjunction with San Juan Basin Health Department. “Diagnostic testing is the cornerstone of controlling the spread of COVID-19 and a key factor in keeping communities safe and healthy,” SJBPH Executive Director Liane Jollon said. “We acknowledge the work of community members to take precautions to prevent the spread of COVID-19 and encourage them to continue to do so by taking advantage of this testing opportunity.”

Testing previously had taken place at Mercy’s Horse Gulch campus in town. The new test site provides adequate space for traffic and is able to accommodate drive-thru testing where individuals remain in their vehicles. The free testing is open to anyone – no appointment or physician order are needed. Results will be available 24 - 48 hours except after weekends, in which case individuals will be notified the next business day.