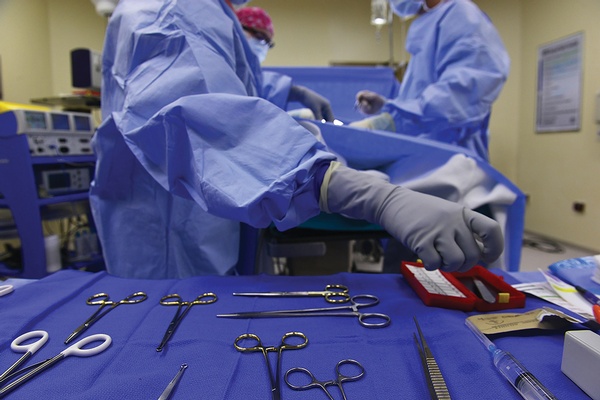 An upcoming presentation, hosted by Healthcare Durango, seeks to dissect the basics behind many of the healthcare programs that are part of America's current system, like the Affordable Care Act, Medicaid, Medicare, individual and group insurance, and the American Health Care Act./Courtesy photo

One of the taglines making the rounds among the 20-plus politicians running for the Democratic presidential nomination is “Medicare for All.” But with all the hype and hyperbole common to campaign speak, many Americans aren’t sure exactly what it means.

Well, there’s one person in Durango who wants to get down to the brass tacks.

Guinn Unger, who’s worked on healthcare issues in Southwest Colorado for years as co-chair of Indivisible Durango’s Healthcare & Senior Issues committee and regional coordinator for the ColoradoCare Amendment 69 campaign in 2016, is on a mission to trudge through the talking points and lay out the facts.

With this in mind, he plans to make his case and discuss ideas in a Medicare for All presentation from 3-5 p.m. Saturday at the Durango Public Library.

The first part of Unger’s address tackles the litany of buzz words surrounding most healthcare debates. For example, what exactly is “universal healthcare?”

Unger explained the definition is any healthcare system that covers everyone. It doesn’t have to be a single-payer or government-run system. It’s not socialized medicine or even mandated coverage. It simply means that everyone – regardless of age, gender, religion or any other factor – is covered. That’s what makes it universal.

Unger also untangles the Affordable Care Act (ACA), Medicaid, the current Medicare system, individual and group insurance, and the American Health Care Act, which was passed in recent years in an attempt to replace the ACA.

Next on the menu is to highlight some of the hiccups with the current health insurance market. “What we’re doing now is not working,” he explained.

According to his research, Unger said, 23 million Americans are still without health insurance today and an additional 40 million are underinsured, which means those  people have high deductibles or gaps in coverage.

In spite of these issues, the United States, he added, spends almost double what other developed countries spend per person on healthcare needs. He argues this isn’t because those people receive better care, it’s only because they are charged twice as much.

“The health insurance companies we have now are driven by profits,” Unger explained.

From inflated drug prices to exorbitant salaries for a growing number of administrators, much of what the U.S. spends on healthcare doesn’t actually go toward the patient.

Currently, two Medicare for All bills have been introduced in the U.S. Congress – one by Rep. Pramila Jayapal, D-Wash., and another, which is similar to those proposed in previous years, by Sen. Bernie Sanders, D-Vt. 4

“I like the benefits in both bills,” Unger said. “But, what’s not in there is how it’s going to be paid for.”

And, that’s the most common question he gets asked, “How are we going to pay for this?”

Unger’s answer is shifting the payments.

For example, if income taxes are raised to cover the costs of a Medicare for All plan, the people paying those taxes would no longer be paying the out-of-pocket costs for monthly premiums and doctor’s visits. So, the funds would shift from paying a monthly premium to paying additional income taxes.

Unger believes, over the first 10 years of the plan, the amount people are paying for healthcare today would actually go down.

As part of his presentation, Unger, who’s also a member of Healthcare Durango, a group of locals interested in reforming the healthcare system, explains that the American people currently spend more than $3.2 trillion on healthcare every year. In fact, the United States invests almost double what any other developed country in the world does and, he argues, gets comparatively less care for it.

Under a Medicare for All plan, he said, the increasingly high profits paid to pharmaceutical administrators, hospital chains and health insurance CEOs would instead be shifted toward better care for everyone.

“We don’t have to cut our expenditures,” he added. “We can make them whatever we want them to be. We can tailor (the plan) to whatever works best for us.”

One of the reasons Unger and others involved with Healthcare Durango believe the Medicare for All system will work is because every other developed country in the world has done it. In his presentation, Unger offers details about the systems found in other parts of the world, like Great Britain, Germany, Belgium, Japan and others, including how each is run and how much is spent on healthcare for each person.

These countries typically employ one of two systems – government-run healthcare, which is how it works in Great Britain; and, a private insurance system that’s both mandated and regulated by the government, which is what’s happening in Germany.

Unger said in a government-run system, the government owns and operates everything, including hospitals, clinics, equipment and more. This type of system wouldn’t work well in the United States, he added, because it would require completely upending the current one. He doesn’t believe Americans would support such a  dramatic change.

The other option – a privately run, government-mandated system – is one in which everyone is required by law to have coverage, but that coverage is provided by private companies who are tightly regulated.

Although this second option would be easier to implement in the U.S. than government-run care, Unger explained, it wouldn’t be nearly as smooth of a transition as the Medicare for All option. The reason is that

Medicare already exists. “We already have a Medicare system,” he said. “It would simply be a matter of putting everyone on that system.” The current Medicare system, according to Unger, focuses on getting those over the age of 65 the care they need. Similarly, a Medicare for All plan would not mean the government is going to be in control of a patient’s healthcare decisions.

“The doctors decide what it is that you need,” he explained. “And the government simply pays for it.”

Unger said Medicare for All is not a form of socialized medicine – a label he tackles in his presentation – with long waiting lines or rationed care. “That’s a total myth,” he added.

The goal of his presentation is not to toss out talking points or party lines, Unger explained, saying this is not a political issue. He plans to present the data and talk about healthcare in a non-partisan way.

“We’re trying to reach out to everyone,” he said, “and just point out the facts.” 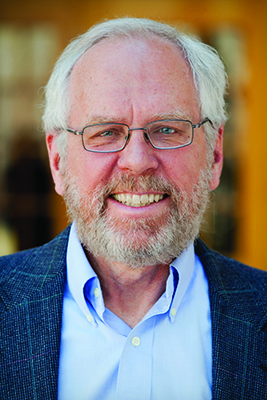 "We don't have to cut ... We can tailor (the plan) to whatever works best for us." – Guinn Unger, Healthcare Durango

What: Medicare for All: a free, nonpartisan presentation and dialogue presented by Guinn Unger of Healthcare Durango
When: 3-5 p.m., Sat., May 18
Where: Durango Public Library
For info.: 759-2497 or healthcaredurango@gmail.com