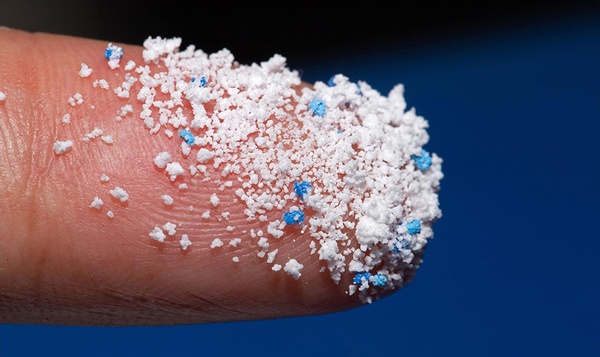 According to a new study, dust that settles on Colorado’s mountain snowpack, including in the San Juans, contains widespread levels of microplastics, raising questions about impacts to human health and the environment.

In the early 2000s, the Colorado Center for Snow and Avalanche Studies (CSAS) and other partners began tracking the “dust-on-snow” phenomenon, in which dust whips up from other parts of the country in massive windstorm events and lands in Colorado. As a consequence, the dust-laden snow absorbs more heat, melting earlier and faster than normal.

In 2011, however, samples from these dust events from 14 monitoring sites across the state began to show traces of unknown materials. Over the ensuing years, better sampling methods led researchers to confirm the dreaded truth: microplastics (tiny pieces of plastic less than 5 millimeters in dimension). And the problem? Plastic does not biodegrade; it just breaks down into smaller and smaller pieces.

In June, the U.S. Geological Survey, in partnership with CSAS, released its revelatory findings.

“In a way, it wasn’t surprising we found microplastics in the samples, because microplastics are everywhere,” Jeff Derry, executive director of CSAS, said. “But at the same time, once you see it under the microscope, it’s a visceral hit, because that’s our snowpack. Is no place sacred?”

Yet, as Derry noted, it is significant to find the widespread presence of microplastics in Colorado, including the San Juan Mountains. And many questions remain unanswered on the impact to the ecosystem, as well as humans.

“We started this research because of the dust-on-snow issue, and who would have thought this would have found microplastics?” Derry said. “Now, we’re asking what this means for our ecosystem. Really, what are the impacts on everything?”

Throughout winter and spring, windstorms bring clouds of dust from all over the Southwest to the San Juan high country. When dust lands on snow, it accelerates snowmelt, typically 25 to 50 days earlier than normal.

Obviously, this is a huge problem for water users in the drought-stricken West and the diminishing water supply of the Colorado River, which supports more than 40 million people. As a result, researchers began looking into the problem in the early 2000s, setting up monitoring sites around the state to take samples after dust events.

In the process of this work, however, “strange things” began to show up in the samples around 2011, according to Richard Reynolds, a scientist emeritus with the USGS. Clear, translucent filaments of all colors could be seen under the microscope, but sampling methods couldn’t determine exactly what they were.

“We had ideas,” Reynolds said, “but they turned out to be all wrong.”

At the same time in the early 2010s, microplastics started to appear in nearly every corner of the world – Arctic ice, the Pyrenees and the European Alps, to name a few. Just as concerning, studies over the past decade revealed traces of plastic within humans. In 2022, microplastics were found in human lungs for the first time ever.

As the science on microplastics in the ecosystem dominated headlines in the past few years, USGS and CSAS researchers took note.

“We realized that’s exactly what we were seeing in our samples,” Reynolds said.

In the new study, the USGS examined 38 samples collected in late spring from 14 high elevation sites throughout Colorado, including Red Mountain Pass. From 2013-16 – the focus of the study – every single sample contained microplastics, and, equally troubling, the concentration of microplastics have increased each year.

Although the scope of this new USGS study was limited to 2013-16, Derry said samples taken every year since show signs of contamination.

“It’s safe to assume there are microplastics in those samples, even though we haven’t gotten that far (analyzing) yet,” he said.

Which way the wind blows

One major question, of course, is the source of the plastic. Historically, land disturbances, such as livestock grazing, were the primary cause of dust ending up in the Rockies as early as the 1800s. But now, a host of factors – climate change, overpopulation, overgrazing, agriculture and drought – complicate the identification of the exact source of microplastics.

“Our study didn’t look into where the plastics are coming from, but there are clues in what we see to guide us toward sources,” Reynolds said.

A 2021 study in the Proceedings of the National Academy of Sciences (PNAS) examined ways microplastics could be emitted into the atmosphere. By sifting through data, the study estimated roads emitted 84% of atmospheric microplastics, the ocean 11% and agricultural dust 4%. Cities, oddly enough, were not a major contributor. But ultimately, the study concluded there was still much work to do to pinpoint sources.

“I think everyone on the planet should be concerned, because if (microplastics) are moving through the atmosphere, there’s no surface of the Earth that’s untouched,” Natalie Mahowald, an Earth and atmospheric scientist at Cornell University, told the environmental science news outlet Mongabay. “That’s the big thing, and we’re right at the beginning of seeing this problem.”

Attempts to reach Janice Brahney, an associate professor of watershed sciences from Utah State University, who co-authored the study, were unsuccessful.

How bad is it?

While there are concerns with how microplastics affect dust-on-snow melt-off, there also are unsettling health implications of microplastics in the air we breathe and the snowpack, which runs off into streams and lakes.

Despite the prevalence of microplastics in our ecosystem, there remains a lot to be learned about their risks. In 2019, for example, the World Health Organization told NPR, “We urgently need to know more about the health impact of microplastics, because they are everywhere – including in our drinking water.”

The City of Durango said it does not test its drinking water for microplastics.

Some studies have found additional implications for mountain ecosystems and aquatic life. In January 2022, researchers with Northwestern University and the University of Birmingham in England found it takes years for microplastics to flush out of the headwaters of streams and lakes, by far the longest of any of the terrains examined. As a result, organisms in these areas are more likely to ingest microplastics, potentially degrading ecosystem health.

“There’s definitely an ecological impact and most likely on smaller organisms,” Northwestern’s Aaron Packman, one of the study’s senior authors, said. “But we really don’t know the long-term effects.”

With humans ingesting, inhaling and drinking plastics, there’s also a larger concern that microplastics can carry organic contaminants, viruses and bacteria. “Microplastics can act as a vector to increase exposure to other, more harmful particulates,” Packman said. “But as far as health effects in the long term, it’s hard to get exact answers on how bad it is.”

Plastic with a side of plastic

Solutions won’t be easy to come by. According to the 2021 PNAS study, 10 billion tons of plastic exist in the world, with about 20% ending up in the environment. Further, 10 million metric tons of microplastics are emitted into the atmosphere each year.

Erica Cirino, communications manager for Plastic Pollution Coalition and author of “Thicker Than Water: The Quest for Solutions to the Plastic Crisis,” said plastic production has been largely unregulated. But now, the issue is pressing, as the science community understands the true pervasiveness and hazards of plastic pollution.

“It’s part of our diet now, and we’re breathing it in through the air,” Cirino said. “The ultimate solution is to stop producing plastic, but what are we going to do in lieu of our plastic lifestyle? It’s possible but would require sacrifice.”

USGS’s Reynolds said the discovery of microplastics throughout Colorado’s snowpack is a microcosm of a worldwide issue. So far, USGS’s research into microplastics carried by dust has been rudimentary. Plans include finding out specific kinds of plastics, concentrations and fluctuations from year to year.

As far as the ubiquity of microplastics in Colorado’s snowpack – the state’s main water source – and its impacts to human health and the environment, that’s an ongoing question.

“We’re just opening the book for others to look at the very important potential to ecosystem effects,” Reynolds said. “There are still a lot of questions unanswered.”