Missing in action
Top polluters not addressed in EPA plan 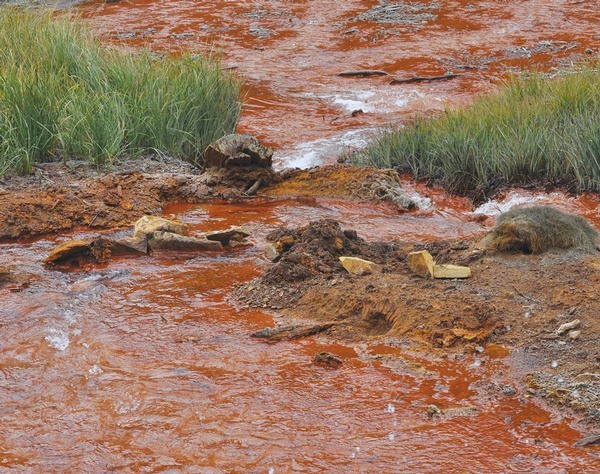 Run-off from the Red and Bonita Mine, pictured right, is one of the four biggest polluters in the Bonita Peak Mining District Superfund site. The others are the American Tunnel and Mogul and Gold King mines. Until these four mines are addressed, metal-loading in the Upper Animas watershed likely won't see any significant reductions./File Photo

The worst is yet to come. With the top polluting mines missing from the Environmental Protection Agency’s recently released plan of action, it seems the real troublemakers at the Superfund site outside Silverton will have to wait.

The proposed plan, which is open for public comment through July 16, would cost about $10 million and address 26 smaller projects that the EPA considers “protective of human health and environment in the short term,” according to the plan. Final remedies and plans for larger, more complex sources of mine waste will come later.

EPA officials are hosting a public meeting on the plan from 6-7:30 p.m. Thurs., June 21, at the Silverton Town Hall.

“While we’re generally supportive of these smaller, interim actions – especially where there are human health concerns – they are unlikely to produce much in the way of meaningful metals reduction in the river,” Ty Churchwell, San Juan Mountains Coordinator for Trout Unlimited, explained in an email.

He said they’re still reviewing the EPA’s plan, but four of the mines not addressed in these initial plans are at the heart of mining-related, water quality problems in the Animas River.

Known as the big four, these mines include the Mogul, Red and Bonita, American Tunnel and infamous Gold King. Located in the Gladstone area north of Silverton, they account for most of the metal load in the Upper Animas watershed.

“For the kind of money the EPA is proposing to spend ... they could bring the already-existent treatment facility at Gladstone to full capacity and treat the mine water from all the big four, not just the

Gold King – and do so for a decade to come,” he added. “This would have an almost immediate and measurable reduction in metals impacting our beloved Animas.”

Addressing those top four polluters was one of the goals from a Citizen’s Superfund Workgroup created in 2017 to help residents affected by the Gold King Mine spill and Bonita Peak Superfund site stay involved after the EPA took over. The group felt water quality could be at least what it was when the treatment plant was in operation from 1999-2003 in the Gladstone area along Cement Creek.

At the time, the Animas was home to a healthy trout population. Whereas today, the river is practically dead from Silverton to where it intersects with Cascade Creek near Electra Lake.

Churchwell has said in the past there’s no question the same water quality can be achieved – because it’s been done before.

Another member of the Citizen’s Superfund Workgroup, Peter Butler, has been involved with water issues in Colorado for decades. In 1994, he helped form the Animas River Stakeholders Group and, over the years, they were able to identify and catalogue hundreds of abandoned mines, tailings piles and other sources of mine waste and metals in the mountains surrounding Silverton.

Butler said all the projects in EPA’s proposed plan are worthwhile. It’s just a lot of money to spend without knowing if it will make a difference. He thinks the EPA wants to show people they are doing something – and, this initial plan does do that.

In it, the EPA lays out interim remedial actions for the 26 mining-related sources. Some of those actions, or projects, could take just one season to complete; others could take up to five years.

The projects are divided into five categories, depending on how the mine waste or contaminants are getting into the watershed. For example, some of the mine waste is leaking from abandoned mines, while some seeps out of tailings piles during a rainstorm.

The cost for each type of contaminant migration issue ranges from $624,000 to $3.38 million. In total, the estimated cost for all 26 projects is about $10 million. And, what would residents get for that $10 million?

The likely answer is murky.

The EPA doesn’t try to quantify results, so it’s not known if any of the actions are going to reduce even a fraction of the mine waste and metals flowing into Cement and Mineral creeks, or the Upper Animas.

The agency admits as much in a 16-page summary of the proposed plan (which is detailed in a 618-page Focused Feasibility Study). “None of the alternatives provide reduction of toxicity, mobility or volume through treatment because no treatment is used,” the summary reads.

It’s supposed to be just the beginning.

Butler said he believes the EPA will eventually tackle the big four. “I’m very confident that they will come up with a plan to address Gladstone,” he added.

Until those mines are addressed, however, it’s likely little will be accomplished – even for $10 million. 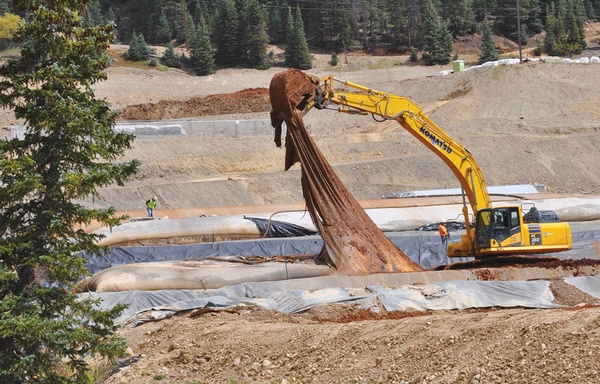 It's time for the slime to hit the road. The Environmental Protection Agency announced sludge storage is full at a temporary treatment plant processing mine waste from the Gold King Mine outside Silverton. The wastewater, which continues to leak from the Gold King, is combined with lime and other polymers, and then pumped into gigantic bags (pictured above) designed to allow the water to slowly leach out while leaving the metals and other materials behind. What's left in the end is a burnt orange sludge. Finally, the bags are ripped open and the sludge is laid out to dry. But, they've run out of room at the treatment plant site. So, the plan is to truck the sludge to the Kittimac Tailings area just outside Howardsville.

What: Public meeting on the EPA’s proposed plan for the Bonita Peak Mining District

More info.: The plan is available online at www.epa.gov/superfund/bonita-peak or at several area libraries, including the Durango Public Library. Comments can be emailed to peterson.cynthia@epa.gov or mailed to Cynthia Peterson, U.S. EPA, Region 8, 1595 Wynkoop Street (8OC-PAI); Denver, CO 80202. The public comment period is open until July 16.

Where: Exhibit Hall at Mountain Studies Institute in Silverton

For info.: www.mountainstudies.org/expo. The Expo includes tours, educational events, demos, a keynote address by the EPA’s Region 8 Director, and more.