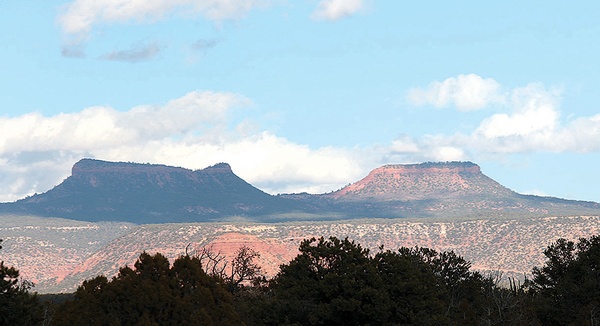 At first glance, President Biden’s restoration of Grand Staircase-Escalante and Bears Ears National Monuments appeared to be just that: He merely turned back the clock to a pre-Trump time, when the monuments were intact. But a closer look reveals that Biden did more than just roll back Trump’s rollback, and in fact made subtle changes which could provide an opportunity to build back the monuments better and stronger than before.

Trump’s dramatic shrinkage of the monuments was unprecedented. In theory, Biden simply could have voided Trump’s shrinkage, thereby restoring the original proclamations. Instead, Biden issued his own proclamations. While they draw heavily from the originals made by Clinton and Obama, they are not mere repeats. Here are some differences and the top takeaways:

• Sacred sites and traditional uses: When Clinton designated GSENM in 1996, he did not directly mention protection of sacred sites, nor did he explicitly reserve tribal access to the monuments for traditional uses. By contrast, Biden’s GSENM proclamation and Obama’s Bears Ears proclamation include language saying, “The Secretary shall … ensure the protection of sacred sites and cultural properties and sites in the monument and provide access to Tribal members for traditional cultural, spiritual, and customary uses … including collection of medicines, berries and other vegetation, forest products … .”

• Bears Ears Transportation Plan: Obama’s Bears Ears plan calls for the development of a transportation plan designating roads and trails as open or closed to motorized or non-motorized use, which would have been included in a management plan. Biden doesn’t mention it.

• Recreation and tourism: Clinton’s GSENM proclamation is aimed solely at protecting natural and cultural resources. Obama’s and Biden’s proclamations also highlight the monuments’ contribution to local tourism economies. The area contains numerous objects of historic and scientific interest, and it provides world-class outdoor recreation opportunities, including rock climbing, hunting, hiking, backpacking, canyoneering, river running, mountain biking and horseback riding. On the one hand, this answers concerns that designation will destroy local economies. On the other it bolsters critics’ claims that designation will lead to an uptick in “wreckreation” on fragile landscapes.

• Starting from scratch: Agency officials will develop new management plans from scratch for both monuments, rather than reinstating the pre-Trump plan for Grand Staircase-Escalante. This is significant given that management of GSENM was widely seen as problematic long before Trump diminished the monument.

• Grazing phaseout? And, perhaps most significant, Biden’s language around grazing is slightly different than both Clinton’s and Obama, who both went out of their way to assure folks that designation would not mess with public lands livestock operations. Indeed, 20 years after the proclamation was issued, the number of animal unit months on the monument is virtually unchanged, and more than 95% of lands remains open to livestock. Grazing in Obama’s Bears Ears likewise would have been unaffected.

Biden’s proclamation doesn’t ban or restrict grazing – not even close. But by locking in voluntary retirements for both national monuments, he set the stage for a market-based grazing reduction over the long term, perhaps reviving a program first seeded in the late 1990s.

A few years after GSENM’s designation, the Grand Canyon Trust helped broker a deal to compensate ranchers to give up their BLM grazing permits in the Escalante River watershed. The ranchers were able to buy ranches elsewhere, retire comfortably, or continue to ranch in other parts of the region. The BLM then reallocated the forage and allotments to wildlife and watershed restoration. It was a win-win situation. Until it wasn’t.

In 2020, the BLM issued a new management plan for the shrunken national monument reopening tens of thousands of acres within the monument to grazing, including nearly 90% of the previously retired grazing allotments. The BLM, in other words, had reneged on its deal. Biden’s added language would make it far more difficult for the BLM to back out of such deals and it would provide more certainty for conservation groups looking to fund these buyouts. More importantly, it does away with the notion that grazing levels should remain constant.

Ultimately, though, the approach taken with either of these national monuments is largely dependent upon the management plan, the staffers charged with carrying out the plan, the presiding culture within the oversight agencies, and the level of funding allocated to the plans’ implementation. The first GSENM plan was finished in 1999 and promised great things, but in the years since, monument scientists have been replaced by rangeland managers, funding has diminished and the culture has prioritized grazing over preservation.

Where the Biden BLM will end up is anyone’s guess. On the one hand, Interior Secretary Deb Haaland seems intent on rebuilding the agency and overhauling its culture. On the other hand, Haaland hasn’t made any moves to reform public lands grazing and top administration officials say they want grazing lands to count towards 30x30 climate change conservation goals.

As for the concerned public, its task is to stay involved, hold the agencies accountable and provide input into management plan development.

Jonathan Thompson is a fourth-generation Durangoan who runs the Land Desk, a thrice-weekly newsletter: visit www.landdesk.org. He is also the author of River of Lost Souls, Behind the Slickrock Curtain and the newly released Sagebrush Empire.?