New laws of the land
Disposable bag fees, higher wages and cage-free eggs include changes for 2023 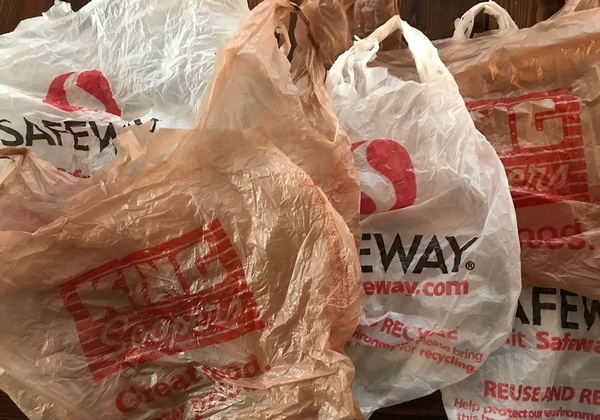 The start of the new year brings into effect numerous laws and regulations. While some are relatively obscure, others will be felt by many.

Colorado’s minimum wage changes at the start of each year based on the past year’s inflation rate. The statewide increase is equal to nearly 9 percent. It’s a small silver lining amid inflation, though it also adds a new cost for employers to absorb or pass along.

Starting Jan. 1, stores across the state will be required to charge 10 cents for every paper or plastic bag they provide to a customer. Local governments can set the fee even higher. The money collected will be split 40-60 between stores and local governments, which can spend the money on recycling and related programs.

The universal fee is the next step toward a statewide ban on single-use plastic bags that will take effect in 2024. The same law also bans single-use foam food containers starting next year.

People who show proof of being enrolled in a state or federal food assistance program are exempt from paying the fee.

Colorado workers will see their paychecks shrink slightly in the new year, as the state starts collecting fees that will fund a paid leave program. The program is open to workers taking time off to care for themselves, a new child, or a loved one, among other reasons.

Coloradans who fail to register a vehicle within 90 days of moving from out of state will have to pay additional penalties. The new law closes a loophole that exempted vehicle owners with a temporary registration from another state from paying late fees when registering vehicles here.

According to an analysis in 2021, around 500,000 vehicles were registered with an expired temporary registration.

Under the new law vehicle owners who register late will need to pay back taxes and fees. The change is estimated to bring in nearly $7.6 million this next fiscal year, and $15.4 in fiscal year 2023-24.

Colorado will require more people to wear alcohol-monitoring devices if they’re convicted of driving under the influence. Under SB22-055, any person who’s put on probation for felony drunk or drugged driving will be required to wear a device that can detect if they’re consuming alcohol. They’ll have to wear the “continuous alcohol monitoring” devices for at least 90 days.

The change applies to the most significant DUI charges, when a drunk driver seriously injures or kills someone, or if a person has multiple convictions.

It’s the nation’s first law mandating the use of the technology, according to manufacturer Scram Systems, although Colorado judges can already choose to require them in some cases. If the device detects a person is drinking, their probation can be revoked and they could be jailed.

The rule isn’t ironclad: People can be exempted from the monitoring if they live in an area where they can’t “reasonably obtain” the device, or if it would not be “in the best interests of justice.” People forced to use the devices are charged $8 to $10 per day to cover the cost, unless they’re unable to afford it.

State analysts expect that nearly 900 people per year will be required to wear the monitoring devices under the new law.

Colorado’s largest egg providers are on the path to keeping all of their hens outside of cages. The first step, which goes into effect Jan. 1, requires that each hen have at least a square foot of floor space in its enclosure. By the start of 2025, cages will be banned altogether, and hens will have to be kept in open barns, although the law does not require that they have access to the outdoors.

Proponents say the traditional system of keeping hens confined to small cages is inhumane, preventing the birds from performing natural behaviors like perching and dust bathing. However, the transition could significantly increase the cost of eggs. For example, the cheapest cage-free eggs at Walmart are more than double the cost of the cheapest conventional eggs.

State lawmakers passed a law in 2022 to address criminal penalties and treatment for fentanyl, the deadly synthetic opiate.

Some elements of the bill already took effect – most notably, a new felony penalty for possession of more than a gram of the drug, which began July 1, 2022.

Starting Jan. 1, people convicted of certain drug offenses will have to undergo a substance-use assessment, and they could then be ordered into treatment, including staying at a residential facility.

County jails that receive certain state funding will have to implement policies by Jan. 1 to connect people with medication-assisted treatment and other services after they leave jail, rather than just while they’re behind bars. The state also will create a real-time map of overdoses and fentanyl poisonings.

A surcharge increase on snowmobile and off-road vehicle licenses will help pay for more funds for backcountry search and rescue equipment and training. Colorado Parks and Wildlife will oversee the program, which was previously located within the Division of Local Affairs.

The new law also would give dependents of people who die in search and rescue operations free in-state college tuition.