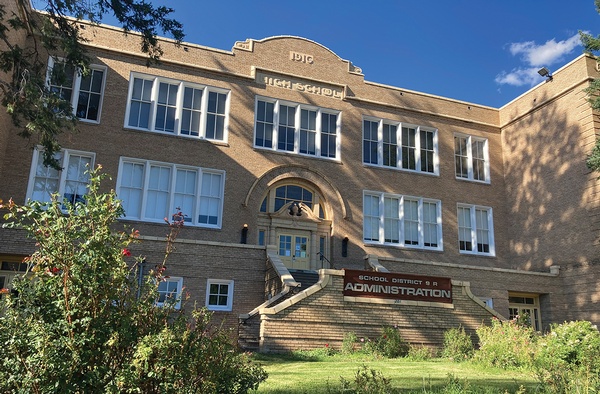 Local schools are also on the ballot this November. Durango School District 9-R is asking voters to approve $90 million in bonds for school upgrades, construction, maintenance, safety and other capital improvement projects. The bond will not result in a tax increase but will replace bonds issued in the early 2000s that are about to expire.

If approved, the current 9-R mill levy of 5.776 will remain the same, which equates to about $166/year on a $400,000 home. The money will be split among all 9-R schools as well its three charter schools – Juniper, Mountain Middle and Animas High – which will each receive $2.5 million.

“Basically, it would inject $90 million into our schools, economy and community with no increase in taxes,” 9-R Board of Education member Erika Brown said in an email. “The money can only be used on capital projects, but we have agreed to share funds with the public charter schools in our district as well – a first for the state of Colorado.”

The big-ticket item on the 9-R list is the replacement of Miller Middle School at $45 million. Built in 1966, with additions in 1972 and 1999, the district said the school no longer meets educational needs due to increasing enrollment and deteriorating, outdated facilities, too-small classrooms, poor configuration and hazardous conditions. The district decided it would be more cost-effective to build a new school rather than retrofit the old one.

• A $10 million career and technical education center, most likely at Durango High School

Brown said the list of recommendations came from the District’s Long Range Planning Committee. Made up of community members, parents, 9-R staff and consultants, the committee was created in 2018 and tasked with assessing facility needs and coming up with a five- to ten-year plan. She said the Board considered pursuing a larger bond to meet what she called “significant capital needs” but chose to pursue the no-tax- option as a result of the COVID recession.

According to the Board, Colorado consistently ranks among the lowest in the nation on per-pupil funding, severely limiting the ability to address deferred maintenance, safety, technology and air-handling systems that have long been neglected. In fact, over the decades, per-pupil funding in Colorado has dropped, according to the National Center for Education Statistics. In 1982, Colorado spent $232 more per student than the national average whereas in 2015, it spent $2,162 less per student than the national average.

“Quality facilities, lab spaces and flexible learning environments will better prepare schools and students to take on challenges of the future,” Brown said. “As you know, great schools are at the heart of great communities.”

For more information on the 9-R’s proposed capital improvement projects, go to durangoschools4a.com.