Ohana Kuleana off the market
How did Durango's only community garden fall into private hands? 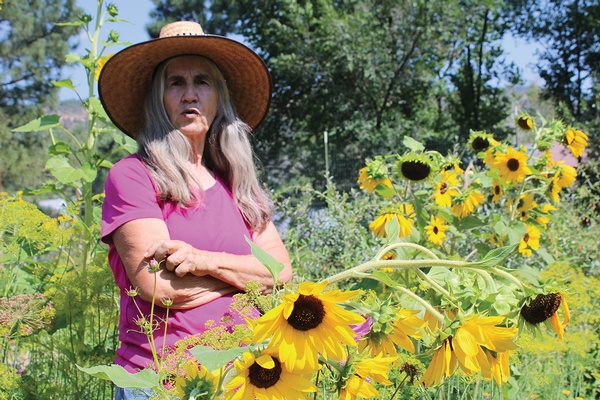 Chris Paulson, one of the organizers for Ohana Kuleana Community Garden, said a grassroots effort has started to help raise funds to buy the garden, located in the 2900 block of East Sixth Avenue. Recently, the property was sold from La Plata County to Bob Lieb, who helped start the garden about a decade ago. Lieb has expressed he wants the property to remain a garden, but hasn't taken private development off the table./ Photo by Jonathan Romeo

Ohana Kuleana, Durango’s only community garden, is off the market – for now.

In the few past months, the future of the community garden has been in question after La Plata County sold the land as part of a contractual agreement put in place a decade ago with Bob Lieb, a Durango resident and developer. After initial attempts to conserve the property faltered this summer, Lieb then listed the 1.2-acre parcel in north Durango for nearly $1 million for private development.

Lieb, 80, did not respond to requests for comment on this story.

But recent efforts may save the lush garden, nestled in a residential area in the 2900 block of East Sixth Avenue. After a failed attempt to have the City of Durango purchase the property and take over management, a group of dedicated gardeners are heading a grassroots fundraising effort to purchase Ohana Kuleana, in an attempt to forever conserve it.

The asking price, and deadline to raise the funds, remains up in the air, said Chris Paulson, one of the lead organizers for Ohana Kuleana. But Paulson, who said she has been in direct talks with Lieb, is hopeful the two sides can work on an agreement that would save the garden from development.

To the highest, and only, bidder

So how did Durango’s only community garden fall into private hands?

La Plata County first obtained ownership of the land, within city limits, in the 1930s. By the 1950s, county records show it was deeded to Durango School District 9-R for use solely as a playground or for recreation. One condition of that agreement, however, was the land would revert back to La Plata County ownership if 9-R no longer needed it, which happened in the early 2000s.

By 2010, the county was actively trying to sell off the land. According to county records, then-County Commissioners Kellie Hotter, Joelle Riddle and Wally White called for proposals for the property, but only one interested party emerged – Lieb, under the name of his company, Durango Threadworks.

It should be noted Lieb served as a county commissioner from 2000-08.

At the time, Lieb championed the use of the land as an organic urban farm, after a proposal for affordable housing was shot down by adjacent neighbors. “I’ve said this 100 times, and I’ll say it 101 times, the concerns of the neighbors will be taken care of entirely,” Lieb said at a January 2010 county meeting. “I want this to be their project. I’m committed to that.”

Commissioners approved a contract with Lieb that allowed him to lease the land for 10 years at a rate of $3,600 a year. At the end of the contract, Lieb would then have the option to purchase the property for a non-adjustable price of $300,000. Both Riddle and White did not return calls seeking comment for this story. Hotter, whose last name is now Gosney, said in an interview this week, “The intention was very pure, and sometimes things look different down the road.”

“I wouldn’t say that it wasn’t a good decision,” she said. “At the time, the way it was crafted (the contract) made sense. And, (Lieb) was the only one who stepped up and cared to do anything with (the property).”

Ohana Kuleana (which Lieb named and means “community responsibility” in Hawaiian) opened in 2013 and has since grown to offer about 40 plots for community members, with an additional six reserved for students at the nearby Riverview Elementary School. Led for years by the Garden Project of Southwest Colorado, the garden is now run by a group of six or so involved members.

Concerns over the future of Ohana Kuleana, however, started to snowball after the county and Lieb’s contract expired in fall 2020, and Lieb, with the option to buy for it $300,000, did just that. Over the past 10 years, county records show, the land grew in value to nearly $1 million. But the new set of county commissioners, hamstrung by the 2010 contract, were unable to adjust the price or change any conditions of the sale.

“For future commissioners, I hope we look to try to keep those resources in public hands going forward,” then-Commissioner Gwen Lachelt said at the time. County spokesman Ted Holteen said that commissioners in 2010 likely decided to sell the property because there was no benefit to the public to keep it or a viable use for county development.

Lieb, for his part, said he put about $300,000 of his own money into improving the land, and addressing issues with storm water runoff and other infrastructure needs. While showing a preference to keep the grounds a community garden, Lieb has never outwardly said in public the land would be invulnerable from any sort of private development.

More than a garden

For many, Ohana Kuleana has become more than a place to grow some vegetables in the summer – it’s a social gathering spot, a break from the stresses of daily life, a place to reconnect with nature. Aside from private plots, the grounds are covered with pollinator plants and medicinal herbs. Volunteers even built a modest amphitheater for educational talks and live music.

Though the garden offers only 40 or so plots open to community members, Paulson said almost anyone who wants a spot gets one, as a few people always tend to drop out every season. And, the garden tries to remain affordable, with 150-square-foot plots renting for $80 and half-lots for $40 for the entire season. “We bend over backwards to be fair and equitable,” she said.

On a recent weekday, Durango resident Carol Diver was out pulling weeds on her sliver of dirt. In her first year, Diver is taken by the community spirit of Ohana Kuleana. “It’s heaven,” she said. “Plus you get to take home something to eat. We’ve just been amazed at our produce and how it’s taken off.”

Tess Ruscton, a volunteer gardener, was also out harvesting squash, but not for herself. Most of the food she and her fellow gardeners grow go to local food banks. “I’m a huge advocate to keep (Ohana Kuleana) here,” she said. “Because you can’t replicate this. It takes time to make something this fantastic.”

The grounds have also introduced countless students to getting their hands dirty and working the soil. Charlie Love, a teacher at Riverview, said he uses the garden for classes almost on a daily basis. After nine years, Love estimated he’s taken about 1,000 children to Ohana Kuleana. “The connection to nature, to me, is the biggest thing for kids,” he said. “They’re observing plants, planting seeds to harvest.”

And the food’s not bad either, Love said.

“Almost all the kids try what we grow, that normally, they’d shy away from,” he said. “I think we are just scratching the surface of what’s possible down there. The threat of it going away has caused all of us to reflect about what potential it has.”

At first, it appeared the preferred choice was for the City of Durango to take over Ohana Kuleana. Lieb said he had the property appraised, which showed a value of $915,000, but said he offered it to the city at a reduced cost of $475,000. City councilors a few weeks ago discussed the purchase behind closed doors in an executive session. Ultimately, the council chose not to move forward, and instead, called for more evaluation of the project.

“We think the concept is good, but we just don’t know if it’s the right thing to do,” Mayor Kim Baxter said in an interview with The Durango Telegraph.

Indeed, questions have been raised about how the city would manage a community garden, a first for the municipality, and have a system that would be fair to all residents. Plus, many wondered what would happen to other priority projects, like the purchase of Buckley Park in downtown Durango. Frustrated by the delay, however, Lieb said at a city meeting earlier this month that he then made a knee jerk call to his real estate agent to list the property for $950,000.

But in the days since, Lieb said he “calmed down.”

“Within two days, people wanted to buy it,” he said. “But I took it off the market.”

In the latest development, Ohana Kuleana gardeners have realized going through the City of Durango may not be the best option, and instead, are now working to raise the money in a community effort to buy it outright, Paulson said. Again, while no price has been agreed upon, the target is to have the money raised by the end of the year.

“We feel this is the best of both worlds and everyone seems on board,” she said. “I’m hopeful. There’s no other garden like it, and it would take years to replicate what we have here.” ? 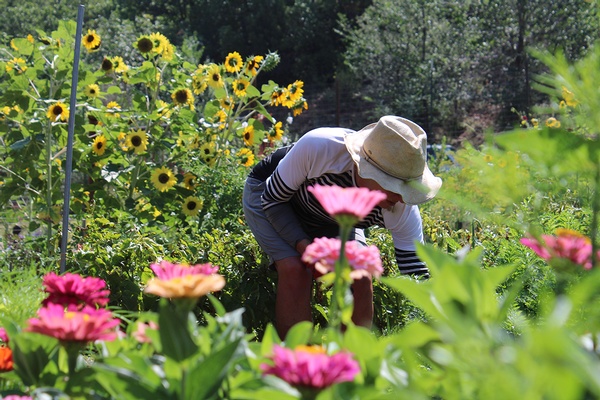 About 40 plots are open to the community, and another six or so reserved for students at Riverview Elementary School, at Ohana Kuleana Community Garden, on the north end of Durango./ Photo by Jonathan Romeo