On a roll
Area trail systems are in for some changes 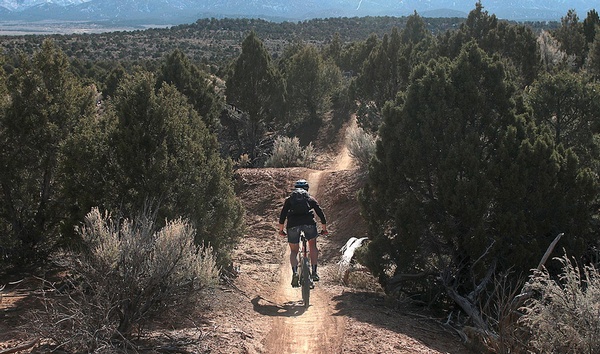 Commenting on the proposed expansion of Phil's World (pictured above) Trails 2000 Executive Director Mary Monroe Brown said, "The additional trails are a wonderful tourism driver for both Cortez and all of the Southwest area. I've talked to dozens of folks who ride Durango, then Phil's on their way to Moab making for a great mountain bike tour."/Photo by Jennaye Derge

Whether it’s subtle tweaks to the northern watershed, an entirely new world around Cortez and Mancos, or fresh routes near Junction Creek, the trail systems across Southwest Colorado are in for some changes.

Starting north of Durango, those subtle tweaks are no less controversial.

The goal behind a draft management plan for the Hermosa Creek Watershed was to keep the status quo. But even small changes, like closing one trail to bicycles and opening another to motorized vehicles, can spark a little controversy. The debate is open to the public during the comment period, ending Oct. 1.

Heading west, the changes are not so subtle. In fact, it’s a whole new world.

Future plans for Phil’s World, the popular trail system just outside Cortez, include more than 26 miles of new trails, bridge and boardwalk construction, additional signage and more. It’s a plan several years in the making and now open for public comment – but only until Sept. 15.

Also to the west, talks are under way to create a brand new trail system near Mancos.

The town approached the Bureau of Land Management recently about using federal lands, known as the Aqueduct property, along with some additional acreage to the southwest to create a brand new trail system.

Mancos town administrator Andrea Phillips said officials have taken the first steps, literally, walking the area, located northwest of town off Road 39, with members from the Mancos Trails Group, a key player in the early discussions and scoping, and the Four Corners Backcountry Horsemen.

“Now we need to hire some people with a lot more knowledge,” she added. They’ve reached out to local trails organizations in the hopes of putting together some specific suggestions to bring back to the BLM. Then, they can begin the environmental assessments, design phases and the all-important search for funding.

A project slightly smaller in scale than Mancos, but nonetheless celebrated by locals, is an addition to the Log Chutes trail system off Junction Creek, just up the road from the Colorado Trail trailhead.

Monroe Brown said trail projects are certainly about health and wellness, but the component most often overlooked when it comes to recreation is the economy.

According to studies conducted by the U.S. Department of Interior, recreation likely makes up 4 percent of the
nation’s GDP. “It’s health, it’s wellness … it’s economic drivers,” she added.

These are also some of the benefits behind Gov. John Hickenlooper’s “Colorado Beautiful” initiative.

Announced in 2015, the governor’s program is an attempt to promote the state’s trails and scenic lands by connecting them across communities. This year, the state announced 16 priority projects for the initiative, and making the cut was the “Paths to Mesa Verde,” a hard-surface trail connecting Cortez to Mesa Verde and Mancos.

Funding has already been set aside, and design for  the trail is already under way. A kick-off event is scheduled for Sept. 22.

In 2013, a local bike club came to the BLM with a proposal to expand the Phil’s World trail system, just east of Cortez.

What has developed from the initial application is a proposed 26.5 miles of new singletrack, non-motorized trails.

The key changes, though, outlined in the project’s draft Environmental Assessment, aren’t just the sheer number of additional miles, according to Jeff Christenson, supervisor and recreational outdoor planner for the BLM’s Tres Rios Field Office.

He said there’s also the potential for two additional trailheads, which can help dramatically reduce congestion at the existing lot and trailhead. Plans also call for increased trail diversity, creating options for riders of different skill levels. There would also be better connectivity, allowing riders to access the trails from nearby towns instead of being forced onto the highway.

For the proposed plan, the public only has until Sept. 15 to add their two cents to the conversation.

Christenson said land managers would like to find out from the comments which components are most important to the public. Whether it’s creating loops or additional trailheads or technically challenging trails, it’s the best way to find out what aspects of the proposal the people want to see become reality.

Christenson said the area’s bike club, Southwest Colorado Cycling Association, formerly called the Kokopelli Bike Club, not only submitted the suggested trail system in 2013, they will also be the biggest part of making it a reality.

The bike club has spent many volunteer hours developing and maintaining the trails in Phil’s and will continue that tradition.

He said they’ve also been active when it comes to seeking grants for projects, like the 26.5 miles of additional trails mapped out in the proposed action. Additional funds could come from fundraisers like the 12 Hours of Mesa Verde endurance mountain bike race.

“I don’t envision much, if any, dollars coming out of the federal coffers,” he added.

Years ago, boaters, anglers, ranchers, environmentalists, politicians and a host of other stakeholders came to the table to talk about protecting the Hermosa Creek watershed.

It was something that hadn’t really been done before – putting all those different users in the same room to discuss problems and, more importantly, come up with solutions. It was called the Hermosa Creek Workgroup and, in the end, they inspired the Hermosa Creek Watershed Protection Act, signed into law in December 2014.

The act protects wilderness and roadless areas, and creates a Special Management Area. The entire area encompasses 107,900 acres of federal land, all of which are included in the Hermosa Creek Watershed Management Plan.

The main body is about the forest level plan, which includes wilderness designations and resource management.

“We don’t expect a whole lot of controversy with that,” Hooley explained.

The second part, however, will likely get some attention. Under Appendix B is the travel management section. “I think there’s probably a few things that will generate public interest,” she added.

“I know that’s going to generate some interest on both sides of the issue,” Hooley said.

The comment period of the Hermosa management plan is Oct. 1.

Hooley said land managers often hear from commenters whether or not they like a plan, but what they really need to know is why. “That’s what helps us most,” she added. 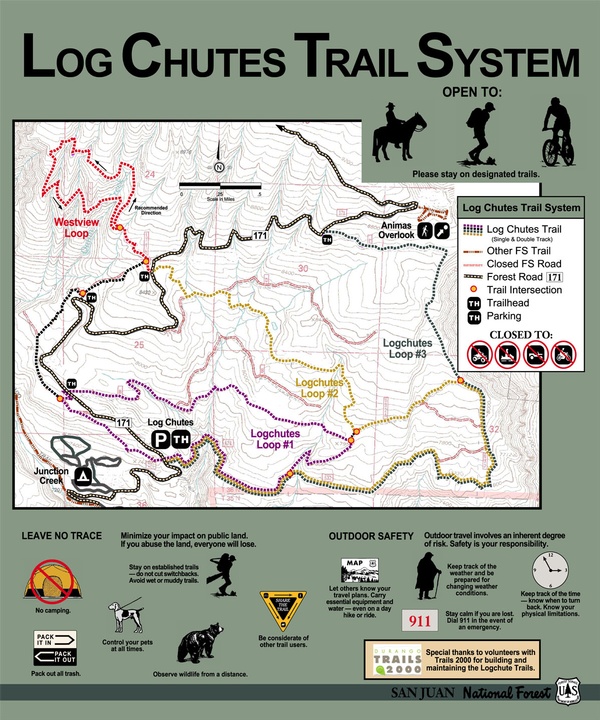