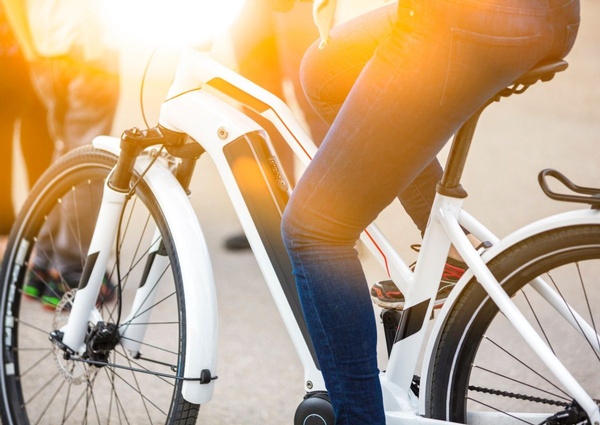 E-bikes may be great for commuting and saving the planet and all, but the price for most of us is an uphill battle. But that all soon could change.

Last month, Reps. Jimmy Panetta, D-Calif., and Earl Blumenauer, D-Ore., drafted the Electric Bicycle Incentive Kickstart for the Environment (E-BIKE) Act. The legislation would give tax credits of 30 percent, up to $1,500, toward the price of a new e-bike of $8,000 or less. Best of all, it could be used once per every three years.

Of course, tax credits for electric and hybrid cars have been around for years now and have proven effective in motivating people to buy greener vehicles while saving millions of tons of carbon dioxide from entering the atmosphere.

Likewise, a recent study  from Portland State University, in Oregon, found that if just 15 percent of car trips were replaced with e-bike trips, carbon emissions would drop by 12 percent.

Although the e-bike craze is catching on – imports have surged in recent years, and last year, the U.S. imported roughly 600,000 e-bikes, up from 270,000 in 2019 –  quality e-bikes, costing between $1,500 -$4,000, are not within reach for many consumers. The bill would allow millions more Americans to access the e-bike market, said Ken Cook, of the nonprofit Energy Working Group.

“Americans are just beginning to discover the thrill of riding the new generation of electric-powered bicycles,” said Cook. “The boom in sales during the pandemic has made clear the enormous potential of e-bikes for recreation, commuting and errands. For many uses they can replace a car, no sweat – literally.”

He also added that e-bike technology is only getting better and costs are dropping by the month.

With Democrats in control of the House, Senate and White House, Oregon’s Blumenauer expects the bill will gain enough traction to pass. Plus, Biden is an avid cyclist himself.

“When is the last time you saw Donald Trump on a bike,” Blumenauer laughed.

One way to ensure a hearing may be to wrap the E-BIKE bill in with President Biden’s “Build Back Better” infrastructure proposal, which the president hopes to address after the approval of a new COVID-19 rescue package.

And while you try to get the image of Donald Trump on a bicycle out of your head, write your legislator to get on board with the E-BIKE Act at: action.peopleforbikes.org/e-bike-act.