On the downward slide
As avalanche fatalities decline, awareness and education remain priorities 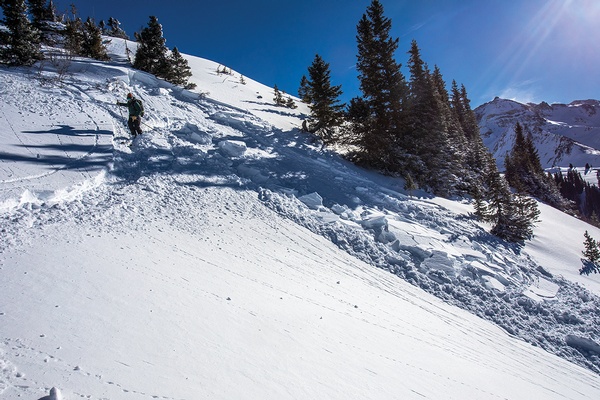 As one member on the Colorado Avalanche Information Center wrote in the nonprofit’s most recent annual report for the 2016-17 winter season, “Unfortunately Colorado had one avalanche fatality, one fatality too many.”

That number is down from five avalanche-related fatalities over the 2015-16 season, according to the CAIC, a decline that is happening at both the state and national levels. Over the past several years, in fact, there has been a sharp drop in avalanche fatalities across the United States.

It’s not a result of a lack of snow either. For example, in 2012 and 2013 – both years of record low snowfall and persistent drought conditions – the number of avalanche fatalities was higher, recording 7 and 11 respectively.

The decline is certainly a welcome trend, but avalanche experts use caution when analyzing the statistics.

“I don’t know if we’re getting better or if we’re just getting lucky,” Michael Ackerman, faculty for Silverton Avalanche School and board member of Friends of the San Juans, said.

The real risk with celebrating the declining numbers, experts say, is taking them for granted. Ackerman calls it a negative feedback loop.

Someone who survives a near miss – which can also be described as an avalanche accident that could have ended fatally – can start to let his or her guard down, or believe it’s more than just luck.

“In avalanche and backcountry travel, there’s nothing out there that’s safe,” Ackerman explained.

Not only is there a risk of getting caught in the negative feedback loop, but the numbers are not necessarily reliable.

Unlike ski resorts where passes and lift tickets are scanned for an accurate skier count, it’s hard to know exactly how many people head into the mountains in search of fresh powder. One way experts attempt to assess backcountry use is by looking at the increasing number of sales for backcountry gear, like skins or avalanche beacons.

However, it’s impossible to know if all that gear actually gets used. One way local professionals gauge the popularity of the backcountry is to head up to Red Mountain on any given weekend.

It used to be just a few vehicles scattered along the pass but, according to Jim Donovan, director for the Silverton Avalanche School, these days it’s packed.

“I think the use has really skyrocketed in the past 10 years,” he added.

There are several reasons for the increase in popularity, Donovan said. For one, gear has improved. It’s lighter,

more affordable and more effective. Also, snowmobilers have grown dramatically as a user group with vehicles capable of taking on terrain that used to be unreachable.

“The tools, technology and techniques we use in the backcountry are being refined and advancing at an amazing speed,” Ackerman explained.

It’s still hard to know, however, just how much new technologies and improved gear impact the numbers.

Experts say they do have confidence in the data associated with avalanche fatalities. Those numbers come from official sources, like Forest Service or coroner reports. But the data for things like accidents and near misses are less concrete.

First of all, not everyone is willing to tell his or her story of a near miss. It can be challenging to face the trauma or admit mistakes, especially in a public forum. It’s even harder for professionals who may fear it’s a blemish on their record.

Donovan said that’s beginning to change with avalancheworkersafety.org, a website where reports on accidents and near misses can be submitted anonymously.

Something else that stands out in the CAIC’s statistics are the number of fatalities in Colorado compared to the rest of the country. Between the winters of 1950-51 and 2016-17, Colorado reported 276 avalanche fatalities, the most, by far, of any state, with Alaska coming in second at 152.

One of the reasons for Colorado’s spot at No. 1 is the growing number of people who visit and recreate in the Centennial State.

The other reason is the tricky snowpack found in this part of the country.

“If you can figure out the snowpack in the San Juans, you can do it anywhere,” Ackerman said.

With the mix of snow types, inconsistent snowfall and wide temperature fluctuations in this part of the country, the snowpack here is unlike any other. It also doesn’t change quickly. This region is infamous for its persistent conditions – meaning when there’s an avalanche danger, it takes a long time for that danger to pass.

What makes this region so fickle is also what makes it a hot spot for avalanche research and snow science.

Donovan called the San Juans an amazing mountain range with a long history of being a hub of avalanche research and snow science. With so many experts in one place, the Silverton Avalanche School decided to host a first-ever avalanche awareness event for the general public.

The event will highlight many of the area’s snow and ice minds, as well as introduce the subject to anyone who isn’t in the know when it comes to avalanches. It happens Fri., Dec. 28, from 6-8 p.m. at the Avon Hotel in Silverton.

“We do have a lot of great local resources,” Donovan said. “People need to access them and use them.”

One thing Ethan Greene, director for the Colorado Avalanche Information Center, noted about the CAIC’s statistics was that although more people are participating in winter recreation activities – like backcountry skiing or snowmobiling – the number of avalanche deaths is not climbing at the same rate.

He said there’s a lot of different reasons why this could be happening, but it’s hard to argue that education and outreach efforts are not making a difference.

In the past few years alone, class offerings for both professionals and recreationists have increased and changed to suit the two different types of users. In this region, organizations like Friends of the San Juans and the Silverton Avalanche School have seen a marked increase in attendance.

Ackerman said in the Friends of the San Juans latest round of introductory avalanche awareness clinics, the group hosted about 140 participants. He attributes the increase to the growing popularity of backcountry recreation, a growing awareness by many users of the need for safety, and the push by groups like Friends to advocate for education.

“We’re really in a resource rich environment,” he added. “I hope we don’t take it for granted.” 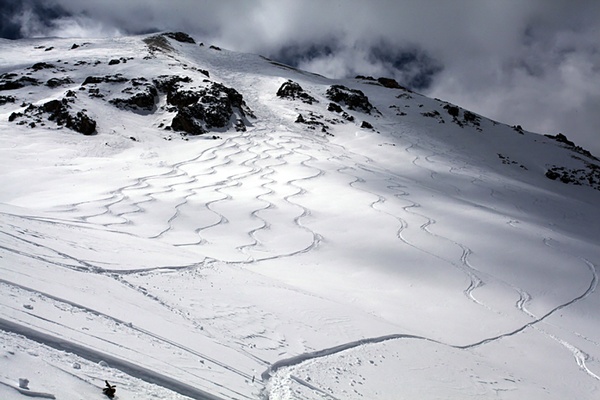 • Friends of the San Juans: www.thesanjuans.org

Also check out a personal story of avalanche awareness in the latest edition of The Gulch: www.gulchmag.com