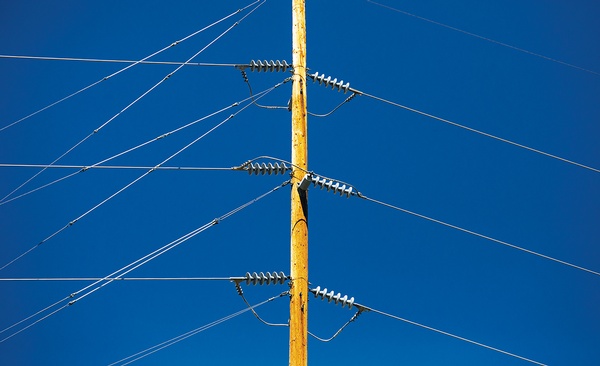 It’s official. La Plata Electric Association has asked TriState Generation and Transmission exactly how much it would cost to buy out its contract with the power supplier.

After months of research, number-crunching and due diligence, the Durango-based cooperative has concluded it will likely be cheaper to part ways with Tri-State now than stick with the power supplier for the next 30-plus years.

LPEA was in the middle of bringing its findings to the coop’s membership – via a “Future of Power Supply” information series which hits Durango on July 10 – when the Board of Directors decided to pull the trigger on Tuesday.

Tri-State’s official response to LPEA’s request came the same day from the power supplier’s board president Rick Gordon, who also serves on the board for Mountain View Electric Association, which serves 48,000 members east of Colorado Springs.

“When a member requests information on the value of their wholesale power contract with the association, Tri-State has a process in place to provide such information,” he said in a press release. “We believe our membership’s vision for Tri-State is closely aligned with La Plata Electric Association’s laudable goals to be cleaner and lower costs.”

In recent years, other coops under the Tri-State umbrella have considered a contract buyout. Kit Carson Electric Cooperative, based in Taos, N.M., did so in 2016. Delta-Montrose Electric Association attempted to do the same in 2018.

One of the main drivers for the departures is the limit, or cap, on renewable energy.

The contracts these coops have – or had – with TriState require each to purchase at least 95 percent of its energy from Tri-State, leaving just five percent to come from local renewable sources like solar gardens, methane capture and hydroelectric projects.

LPEA, like the other coops, has hit the five percent cap. It first asked Tri-State to consider increasing the cap to 10 percent but was unsuccessful. So, LPEA began looking at other ways to increase its local renewable generation.

One of those was a buyout of its contract.

A buyout is, essentially, a fee for cutting the contract short. When Kit Carson ended its contract with Tri-State the cost, or exit fee, was $37 million.

LPEA is a different kind of coop than Kit Carson, though. Kit Carson, for example, offers electric, propane and internet services. LPEA only deals with electricity. Kit Carson has about 29,000 members, while LPEA has 33,000 individuals and businesses across the Southwest.

Therefore, knowing the price for Kit Carson’s departure can help to inform LPEA, but the only way to get the bottom line is to ask. And, that’s exactly what LPEA has done.

In early June, just as LPEA was completing its research, Tri-State announced it was looking to be regulated solely by the Federal Energy Regulatory Commission, or FERC.

This would completely change how Tri-State, including all 43 of its member cooperatives, are regulated. Whether it would, ultimately, be a positive or negative change is a complete unknown.

And, that’s part of the problem.

Before Tri-State’s Board of Directors makes a final decision, which was originally slated for this month, several of its members said they want to know more about the consequences of the change.

Along with Delta-Montrose and United Power, which serves about 250,000 customers near Denver, LPEA sent a letter asking Tri-State to slow down. The three coops had lots of questions and few answers – a sentiment echoed by other Tri-State customers.

Why so quick to make the change? Why weren’t members told about it sooner? How much would it cost? Would it increase rates? How would it affect disputes between TriState and its members?

Now under pressure, Tri-State has postponed the decision and, instead, is likely to take it up during its August board meeting, according to Ron Meier, LPEA’s manager of engineering and member relations.

And so far, there hasn’t been any response to the long list of questions.

Currently, Tri-State is regulated by several entities because it has customers in four states: Colorado, Nebraska, New Mexico and Wyoming. The power supplier is required to deal with each state’s regulating agency, as well as the federal one, FERC. The state agencies, however, have priority over FERC.

That makes a total of five regulatory bodies Tri-State answers to – which it states as one of its reasons for wanting the change. Tri-State claims a single decision-maker would be better for everyone, providing certainty and stability.

The reason the states have priority now is that Tri-State is owned by small cooperatives, like LPEA and Delta-Montrose, which makes it exempt from FERC regulation. If its membership were to change, however, it would be able to slip under the umbrella of FERC.

But, Tri-State has not announced or named any new members that would qualify it for FERC regulation. The power supplier only stated it can add these types of members in the future.

“Tri-State can become FERC regulated by adding a new member that is not a ‘small electric cooperative,’” the power supplier’s brief on the issue reads. “Tri-State’s bylaws provide that the board has the authority to establish a new class of membership ... then prepare and file all necessary pleadings, applications, tariffs and information with FERC to become FERC regulated.”

In that same brief, the possible price tag of all this was addressed: “There would also be new costs, including an annual fee (approximately $1.3 million), litigation costs and increased staff.”

But, that was it.

Just as LPEA put in the time to research and analyze the possible cost of a buyout with Tri-State, it would like the power supplier to offer more analysis on its new costs.

In addition to concerns over new unnamed members and unknown costs, the timing of the announcement also raised red flags.

Delta Montrose Electric, much like LPEA, requested a buyout from Tri-State last year. When the power supplier

came back with a number, however, it wasn’t even close to what was anticipated by Delta-Montrose, which called it unreasonable and discriminatory.

In response, the coop turned to the Colorado Public Utilities Commission. Delta-Montrose asked the state agency to take a look at the issue and come up with an amount that was reasonable.

Tri-State tried to argue the commission had no jurisdiction since the power supplier represents coops across four states – not just Colorado. But, the state agency disagreed and decided to take up the case.

Soon after, Tri-State filed a lawsuit in an attempt to take the case out of the hands of the commission, but that case was dismissed. It’s likely the commission will move forward with a hearing and decision this summer.

“Tri-State’s sudden announcement only weeks ago is a last-minute effort to undermine the Colorado (Public Utilities Commission) and prevent it from deciding a fair and reasonable exit charge,” Delta Montrose CEO Jasen Bronec said in a press release. “Tri-State’s third attempt to sidestep Colorado law – a rushed, unvetted and secretive proposal to add a new member – lacks merit.”

Delta-Montrose filed its own lawsuit Tuesday in an effort to stop Tri-State from moving forward. The coop is asking the courts to keep Tri-State from making any changes until after the Colorado Public Utilities Commission makes a decision on the buyout cost.

LPEA’s Board of Directors and staff attempted to get involved with the state agency’s case earlier this year, knowing the outcome could affect its own negotiations. The request was denied, but the case has remained on the coop’s radar.

So, while the courts and commissions sift through the lawsuits and complaints, LPEA is making its own moves.

The coop announced Tuesday a plan to go to the Colorado Energy Office for help, specifically with Tri-State’s announcement to move under federal regulation. In addition, of course, LPEA is asking Tri-State for its own buy-out cost.

“The request for this number is the next step in our exploration for meeting our members’ needs and LPEA’s Strategic Statement of reducing our carbon by 50 percent from 2018 levels (by 2030) while controlling costs to our cooperative,” LPEA CEO Mike Dreyspring said in a statement. “As we have been doing, we’re taking a look at this slowly and prudently – doing what is best for our membership, which includes reliability, cost and environmental responsibility.”