Priced out
How the local housing crunch is impacting the workforce 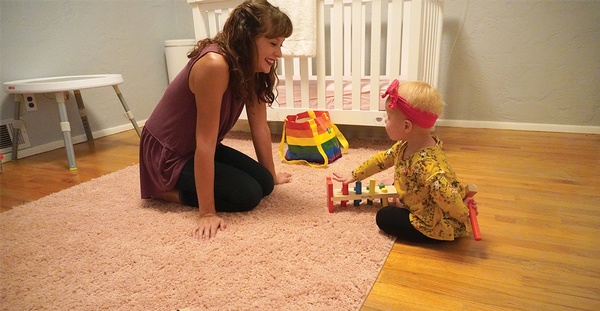 Danae Banks and her daughter, Lilla, in their new home in Farmington. Because of Durango's rising rent prices, Banks, a local special-education paraprofessional teacher, was pushed to seek housing elsewhere./ Photo by Jamie Wanzek

Over the past year, Danae Banks had been renting a two-bedroom apartment near Fort Lewis College. For $1,260 a month, it was an ideal situation for her and her 1-year-old daughter, Lilla.

Banks is a single mom and special-education paraprofessional teacher at Park Elementary. So the place was close to work and fit within her budget. It also provided a safe and comfortable place to live as a new parent.

In January, Banks received a mass email from the apartment complex; every tenant’s rent would increase at the end of each lease. At first, it wasn’t clear how much the rent would increase. “I thought maybe $50 or $100,” Banks said. Shortly after, she found ads on Craigslist for her apartment listed at $1,600. The $400 increase in rent was out of the question; she could no longer afford to live there.

Banks, 28, quickly noticed a shift in demographics at the complex, too. When she first moved in, the majority of people who lived there were students. “In the end, though, I was surrounded by people who were twice my age. I didn’t see students anymore.”

By June, she began hunting for a new place, with her lease ending in mid-August. “I got discouraged pretty quickly,” Banks said. Most two-bedroom options were going for $1,600-$1,700. And with her daughter, she couldn’t consider single bedrooms or roommates.

Ultimately, Banks had no choice but to consider Farmington, where she secured a four-bedroom house, costing less than her previous apartment. They have more space now, even a back yard. And the hour commute to Durango for work isn’t terrible. But, she explained, it feels defeating to be forced out of Durango.

As the real estate market booms across the Durango area, the scarcity of housing is squeezing the workforce out – making stories like Banks’ increasingly common. And the current conundrum has community members, institutions and local governments casting wide nets, seeking solutions.

“With these kinds of pressures, it creates a housing crisis, literally,” Mike French, executive director of the La Plata County Economic Development Alliance, said. “And with the lack of inventory, we’ve seen a continuous increase in pricing, which is pricing out our essential workforce.”

The Alliance works to build the La Plata County economy through public and private partnerships by helping recruit and retain local employees. Although, without affordable housing, its work can’t take root. In fall 2020, the Alliance drafted a three-year strategic plan to ensure economic prosperity following the COVID economy. Its No. 1 priority was workforce housing.

Ben Waddell, an associate professor of sociology at Fort Lewis College, believes when we look to other mountain towns, “the writing is on the wall.” Waddell grew up in Telluride, although at age 8, his family moved to Norwood where housing was more affordable. Through his perspective, he sees it like this: when the essential workforce gets pushed farther into the periphery of a place, it creates a vicious cycle. The labor pool shrinks, which in turn drives up labor prices and ultimately goods and services. “And then that cycle continues to push on society,” Waddell said. 4

And that push on society is currently in motion and can be seen across Durango’s workforce in the health, education and service industries.

Mercy Regional Medical Center is feeling the impacts of the area’s housing crunch, Carrie Wilson, Mercy’s human resources director, said. “We had a challenge bringing in traveling nurses (this summer) because they just weren’t able to find affordable housing in the area,” she said.

The availability and cost of housing are common barriers Mercy faces when recruiting. It’s not uncommon for potential hires to get the job and then decline because they can’t find accommodations in the area, which, Wilson explains, is a concern for the hospital.

“We want to make sure that we’re able to bring in the best talent that can provide care for the community,” she said. “It’s important that talent is here, in a timely fashion, and when we need them. And so when housing challenges crop up, it can either delay that process or in some instances, people decide this isn’t the right place for them.”

Fort Lewis College, another leading employer in the region, faces similar issues when hiring; it all comes down to housing. Becky Clausen, an associate professor of sociology and human services at FLC, said departments have been experiencing “failed searches” because of housing costs.

“(Candidates) go through the whole interview process, visit the campus, and then at the end, none of them can accept the job because the salary they make doesn’t match the outrageous housing costs here,” she said.

The housing crisis is not only impacting recruitment but retention of current employees. Professors move here, rent and realize there’s no path to homeownership or they can’t afford rental prices, so they end up leaving. “We’ve felt the impacts among our staff and faculty,” Clausen said.

According to Clausen, who also serves as a faculty representative to the Board of Trustees, more and more conversations are happening about how best FLC can use its resources to support its staff. Recently, those moves include working with Project Moxie – a local housing consultant company, created by Jenn Lopez, who in 2020 developed the City’s Homeless Strategic plan along with a myriad of other housing solutions across the region.

Lopez and her team are currently working with FLC to develop housing solutions for its staff. Those solutions could consist of housing on campus, partnering with builders, or providing down payment or mortgage assistance for professors. “We need this right now,” Clausen said. “We can’t just leave it to the free market to decide.”

On the ground, the increasing number of help wanted signs downtown reflect the woes of a dwindling housing supply, too.

According to a survey conducted by Local First, a nonprofit business alliance, at the beginning of summer 2021, 85 positions remained unfilled among 18 restaurants. While low wages, shifts in the industry since the pandemic and increasing child-care costs were all suspected factors, affordable housing remained a top contributor and concern for the service industry.

“As time went on, people stopped coming to work,” said Blaine Bailey, a former sous chef and executive director of In the Weeds – a nonprofit that supports restaurant and hospitality workers. “At first, we thought it was unemployment. But then housing started going up like crazy. I’ve had friends in the industry looking for places, and they just can’t find it. Some folks are leaving the region altogether.”

This summer, Bailey witnessed the impacts of the housing crisis on the industry. For some, it was steep rent increases; for others, it was the lack of available homes. As a result, he watched some friends and colleagues seek affordable housing in the Farmington and Aztec areas.

Blaine never planned for In the Weeds to get involved in housing issues, but he quickly became a catch-all for industry workers – from helping people fill out applications to connecting with landlords willing to provide affordable rent.

Ultimately, it inspired an idea to create an alliance of landlords, property managers and second homeowners willing to support the workforce. It’s currently in the beginning stages, but he hopes to create an initiative where both parties benefit – the workforce has first dibs on available housing in the community, while at the same time, landlords and real estate agents can still obtain fair market value. “This is my goal, but in the meantime, I’m encouraging those who can to step up and support the community. (If we don’t) this place is going to turn into Telluride or Aspen.”

And while Durango is certainly at a different stage of a housing crisis than our sister-mountain towns, the most severe impacts, including the loss of a workforce, are imminent and in motion.

“I have zero community in Farmington,” said Banks. “I live there, but it’s not my home. Durango is my home. That’s where my family is, that’s where my child goes to school. I’m putting my time, my energy, my emotional energy into a community that I don’t get to be a part of anymore.”

Every day, Banks and her daughter make the drive to Durango. With the move, Banks now pays more for gas, obviously. But also child care. Since moving to New Mexico, she fears she may no longer qualify for Colorado Childcare Assistance – a program that aids low-income families with child care. This could mean a $400 increase in expenses.

Everything is in jeopardy now, Banks said. She can’t put her child in two different schools, across two state lines an hour from each other. In addition to working at Park Elementary, Banks works two other jobs in Durango. Uprooting her life entirely to Farmington is not feasible or possible, and moving there has created a new level of uncertainty. 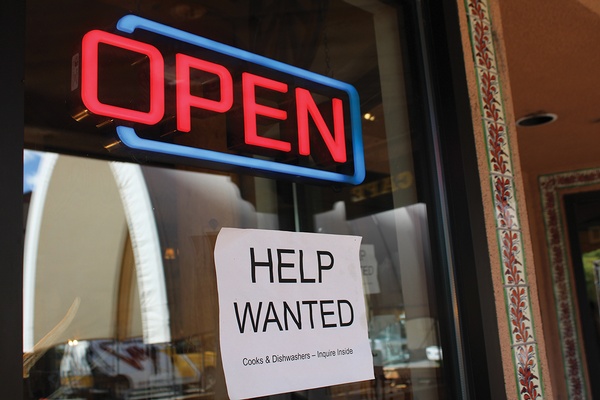 Several stores in downtown Durango are hiring. Many factors are at play, but lack of affordable housing is one major contributing factor./ Photo by Jonathan Romeo

Developments in the housing crisis pipeline

• In July, Durango, Bayfield, Ignacio, and La Plata County joined forces to reactivate the area’s Regional Housing Alliance, which went dormant in 2017. The RHA will facilitate partnerships among local governments and ultimately have more access to funding to get affordable housing built.

• The Root Policy Report, a current and extensive housing study, will be presented to the Southwest Council of City Governments on Sept. 16. The study will reveal the affordable housing need more precisely, like how many units need to be built and what type of affordable housing is needed (deed-restricted housing, single-family homes, apartments) within each area’s medium income. The public meeting is virtual and is open to the public.

• La Plata County currently has access   to nearly $11 million in COVID?relief funds that could be used for this purpose.  The city of Durango also has about $4.7 million. Both government entities are deciding how best to use the funds, which could include assistance for affordable housing.

• The City of Durango is pursuing the Best Western on Highway 160 as an affordable housing solution. The project is undergoing a 90-day due diligence period while securing funding and working with Project Moxie to consolidate a plan.