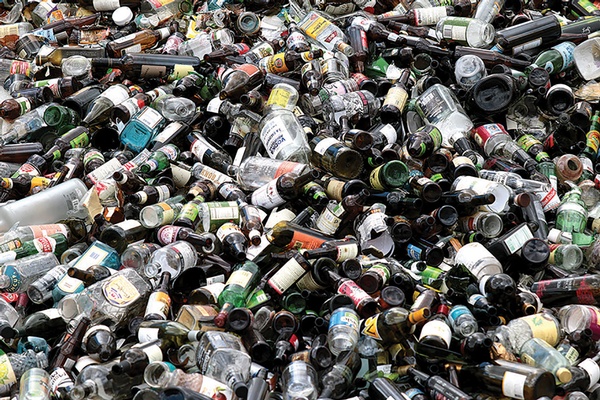 State recycling rate in the dumps

Colorado may have the highest vistas, but when it comes to recycling, we’re scraping the bottom of the barrel.

According to a recent report, Colorado’s recycling rate remained stagnant at 12 percent last year, well below the national average of 35 percent. In addition, the state generated a record 9.3 million tons of waste in 2017.

The statistics were a few of the high – or low – lights of the annual “State of Recycling in Colorado” report put out by Colorado Public Interest Research Group, aka CoPIRG, and Eco-Cycle, a Boulder-based nonprofit dedicated to building zero waste communities.

According to the report, all but 4 percent of items Coloradans are currently sending to the landfill can be recovered, recycled or composted.

“Colorado’s low recycling rate comes as a shock to most people who think of us as a ‘green’ state,” Kate Bailey, Eco-Cycle Director of Research and Policy and the report’s lead author, said. “The truth is, 96 percent of what we throw away could have been recycled or composted.”

The new report urged recently elected Gov. Jared Polis to enact policies to help reverse Colorado’s trash trend. This includes setting recycling and composting goals for state agencies, hiring a statewide Recycling Coordinator, and aggressively pursuing ways to attract new recycling businesses. The goal is to foster an economy where recyclable materials stay in Colorado and are remanufactured into new products in an environmentally sustainable way.

“With strong state leadership, Colorado is well-positioned to move forward quickly to realize the environmental and economic benefits of increased recycling,” Bailey said. “Increasing our recycling rate statewide is one of the fastest, easiest steps we can take to reduce carbon pollution.”

Another way to bolster recycling is by dedicating more funds to the cause. According to the study’s authors, Colorado only collects a small fee of $0.46 per ton of waste sent to landfills to support recycling programs. This is far behind other states, such as Ohio and Wisconsin, which allocate between $2 and $7 per ton.

One example of a successful recycling business that keeps materials in Colorado is Momentum Recycling, which recently built a state-of-the art glass recycling facility in Broomfield. Recyclable glass is collected locally, shipped to Momentum, which then sends it to local manufacturers, Rocky Mountain Bottle Company and O-I Bottling to be made back into new bottles.

According to president John Lair, since the facility opened, the area went from recycling 6 percent of its glass to 23 percent. With the right policies, he thinks it could be even more. “If the state aggressively expands its recycling efforts, we could be recycling 50 percent in a few years’ time,” he said.

What’s the magic behind a successful recycling program? According to the report, leading Colorado cities have two things in common: curbside residential recycling as well as curbside pick-up or convenient drop-off for yard debris.

“We already know what it takes to do better,” Bailey said. “We just need a coordinated state effort to really jumpstart our progress.” The two groups called on all Colorado cities and counties to track their trash and recycling rates moving forward so each community can develop a strategy for diverting waste away from landfills. They also called for the expansion of curbside recycling programs, particularly along the Front Range, to make recycling more convenient for residents and businesses, and for curbside and drop-off programs for yard debris.

“Living in a green state and having such a trashy diversion rate is not just embarrassing, it has big environmental consequences,” CoPIRG Director Danny Katz said. “Making new things with recycled materials wastes less energy and produces less pollution. If we double Colorado’s recycling rate, it would have the equivalent impact on climate change of taking about 450,000 cars off the road.”

To read the report, go to: www.copirg.org

Once again, the efforts of well-meaning but ill-informed citizens has had disastrous consequences for wildlife.

Colorado Parks and Wildlife reported last week that it had removed a mountain lion kitten from a home near Walsenburg after residents took the kitten home to let it “thaw out.” Authorities were alerted to the situation when the people published photos on social media showing the kitten in a cage. They claimed they found it in a snowbank after a snowplow passed by and that they had released it back to the wild.

However, wildlife officials discovered not only had the kitten not been released, its captors had fed it bratwurst.

Although sick from its diet of human food, the kitten appeared to be in good health otherwise. Unfortunately, after being in captivity for nearly 30 hours, wildlife officials determined the mother was likely no longer in the area. The kitten was taken to the nearby nonprofit Wet Mountain Wildlife Rehabilitation in Wetmore.

“Many animals intentionally leave their young behind when startled, relying on the built-in camouflage of the youngsters’ spotted fur to keep them safe,” CPW Wildlife Manager Travis Sauder, who retrieved the kitten, said. “The mother will then return to retrieve her young once the area is safe. This is why it's vital to leave baby wildlife where you find them."

In addition, it is dangerous to feed baby animals anything they are not accustomed to. In this case, the kitten, estimated to be younger than six months, was probably not weaned from its mother’s milk and had only eaten regurgitated solids from its mother.

In conclusion, Sauder offered this constant reminder to potential do-gooders. “Wild animals do not need to ‘thaw out’ because they are equipped by nature to survive cold and snow,” he said. “If you find wildlife you believe to be orphaned, leave the area immediately. By leaving, mom will feel safe to come back and retrieve her young.”

In the unfortunate event of abandoned baby wildlife, Sauder said it is important to call CPW as soon as possible so the animal can be taken to a licensed rehabilitator who knows how to care for the animal so it can successfully be released back into the wild. 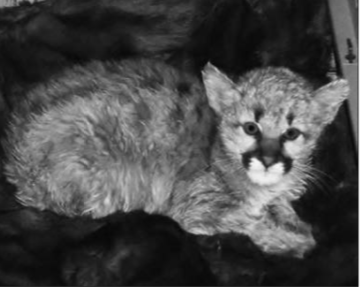