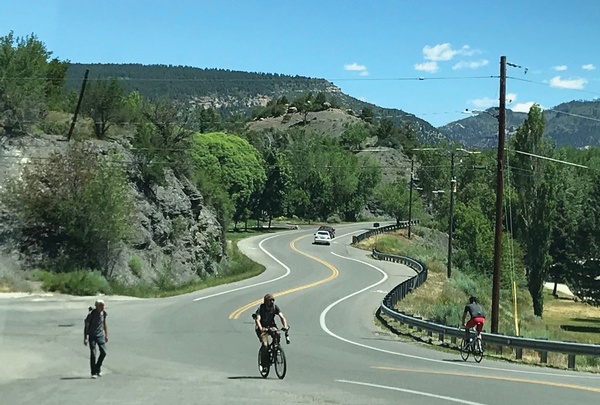 The newly formed team tasked with tackling the local homelessness issue is rolling up its sleeves. Formed in April between the City of Durango and La Plata County, the Planning and Action Team on Homelessness (PATH) is planning two upcoming opportunities to better gauge the homeless situation, from both the homeless person and the non-homeless (aka “housed”) person’s perspective.

The first meeting will be an invite-only listening session Tues., Aug. 20. The listening sessions will be broken into two groups: people who have experienced homelessness or are at risk of homelessness (12:30-3 p.m.); and housed residents and local businesses (5:30-8 p.m.) The PATH team is recruiting a small but diverse group of people to participate in each session. Those interested can contact Meagan Picard at meaganp@athenaplace.com.

The second option to weigh in comes Wed., Aug. 21, when PATH hosts an open house at St. Mark’s Church, 910 E. 3rd Ave., from 3:30-7:30 p.m. This meeting is open to the public and will focus on finding common ground in addressing the issue of local homelessness. The open house will also include information on:

• Numbers and statistics on the homelessness situation in Durango and beyond;

• Policies at the national level that contribute to the rising number of homeless;

• What people had to say at the listening sessions.

Last spring, the City and County contracted with Washington-based public policy consultants the Athena Group to help formulate an action plan on homelessness. So far, PATH has held two meetings and conducted surveys and interviews of residents on such topics as homelessness in Durango, what community members value and potential goals.

According to PATH, the key findings so far are:

• The number of people experiencing homelessness in Durango – and across the United States – is growing;

• There are significant health challenges and other barriers to accessing stable housing, including the cost of housing.

On the flip side of the issue, PATH has also found tensions between community members and the homeless. Reported problems include vandalism, trash in open spaces and intimidating behavior from homeless residents due to intoxication and mental illness.

The $70,000 consultant fee for the strategic plan came from the joint city-county sales tax. The plan is expected to be finished by the end of the year with information on detailed actions within two years.

Roosa Avenue is about to get a lot safer for walker, bikers and drivers thanks to a $1.9 million project. Funded by the City of Durango and the Colorado Department of Transportation, the project will include a new, 10-foot shared-use path along the east side of Roosa from 9th to El Paso streets; upgraded curb ramps to make the sidewalks ADA-compliant; new bike and pedestrian crossings; and additional parking spots at Schneider Park, among other things.

Locals can learn about the project, called the “Roosa Avenue Connect,” with a tour from 5:15 – 6 p.m., Wed., Aug. 21. The tour will depart from Schneider Park, and city staff and project engineers will be on hand to discuss the project and answer questions.

The gauntlet known as Roosa Avenue is getting a makeover courtesy of a $1.9 million City/CDOT-funded project. To find out what’s in store, tour the project with city staff next Wed., Aug. 21./Courtesy photo

The Roosa Avenue Connect was identified as a high priority in the City’s 2012 Multimodal Transportation Plan. The project is being designed by local firm, Goff Engineering, which completed the plans in October 2018. Money to build the project came from a $948,644 CDOT grant and a matching $951,356 from the City, using funds from the half-cent sales and use tax. Construction is expected to begin in 2023. For more information, visit Durango Gov.org/RoosaConnect.