Quick'n'Dirty
Airport's expansion plans take flight; investing in the future; and a beer for the Weminuche 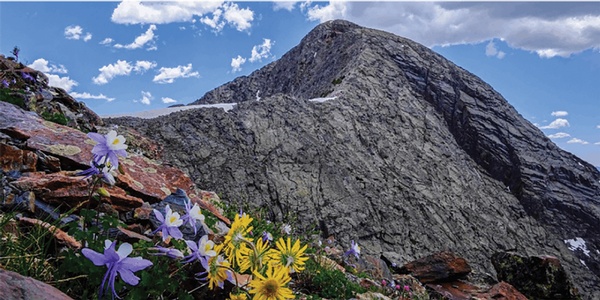 The Durango-La Plata County Airport is planning to spread its wings and inviting the public to weigh in. Next Mon., Oct. 14, airport officials will host an open house on its Terminal Area Maser Plan from 5 – 7 p.m. at City Hall, 949 E. 2nd Ave. The public is invited to learn about and review options for expanding the existing terminal, including plans for the newly acquired 12.5 acres of land northeast of the existing terminal. The $3.9 million parcel, which was bought on a lease-to-own agreement, will be paid for using airport passenger facility fees.

According to airport officials, 2019 is on track to be the busiest year ever at DRO, with more than 380,000 passengers expected to arrive or depart the airport. In addition, enplanements (defined as the number of people departing) has more than doubled since 2000, from just over 90,000 to more than 190,000 in 2018.

On top of this, over the years, Transportation Security Administration screening and offices have gobbled up even more space and airlines are now flying bigger planes, which places more demand on the airport’s infrastructure. Plus, competing airlines also tend to schedule arrivals and departures in close proximity, causing airport “rush” hours, according to airport officials.

Since voters turned down a property tax increase that would have raised $40 million to build a new terminal in 2016, the airport has undertaken a piece-meal approach to fixing the airport. It is currently finishing up a $1.7 million terminal renovation project that included a new baggage-handling conveyor belt, remodeling of the ticket counter and offices, and construction of a 4,600-square-foot building to serve as a baggage-handling facility and garage. The airport operates as an enterprise fund of the City of Durango and generates self-sustaining revenue from airport tenants and users in the form of rent, landing fees, terminal concessions, ground leases and parking fees.

The airport does not receive any local tax funding. The master plan was a collaborative effort between the community, airport, City of Durango, La Plata County, CDOT, Federal Aviation Administration, and other state and federal agencies.

For more information on the open house or plan, contact Tony Vicari, Director of Aviation, at 970-382-6052 or

Want to put your money where your heart is? Join the City of Durango and Local First to learn about unleashing the power of capital for good next Tues., Oct. 15 from 12 noon – 1 p.m. at the Durango Public Library.

The session will include a panel of local experts speaking on how to build retirement plans based on your ethics, move your money locally and maximize local resources to grow your business. This workshop is the fourth in a series offered by the City of Durango and Local First through the Best for Colorado Challenge. Best for Colorado is a statewide initiative that helps businesses measure their impact on their community and the environment as well as understand industry best practices.

In addition, the workshop will help businesses take the next step on how to improve and communicate their impact. According to Local First, close to two-thirds of customers are willing to go out of their way or pay more to support a company that shares their values or ideology.

Snacks will be provided. For more information or to RSVP, visit local-first.org/best-for-colorado.

Drink a beer for the Weminuche

With increased visitation to and decreased federal funds for one of Durango’s most beloved wilderness areas, the San Juan Mountains Association is getting active. The local land-preservation nonprofit recently launched the Weminuche Wilderness Stewardship Fund. The fund will support on-the-ground stewardship projects, improved management and trail access in the nearly 500,000-acre wilderness area.

To kick things off, SJMA is holding a fundraiser Thurs., Oct. 17, from 5:30 – 8 p.m. at the Durango-Silverton Narrow Gauge Railroad Grange Hall (next door to the Museum). The evening will include bluegrass from the Six Dollar String Band and La La Bones, Ska beer, hors d'oeuvres and a silent auction. Speaking of which, SJMA is now accepting donations for the silent auction, such as vacation rentals, guided trips, gift certificates, outdoor gear and apparel. Interested donors should contact Lea Parks Novak (lea@sjma.org).

The event is also sponsored by Alpine Bank and Backcountry Experience.