Riding the wave
From Sorels to splitboards, 25 years of ups and downs in the boarding biz 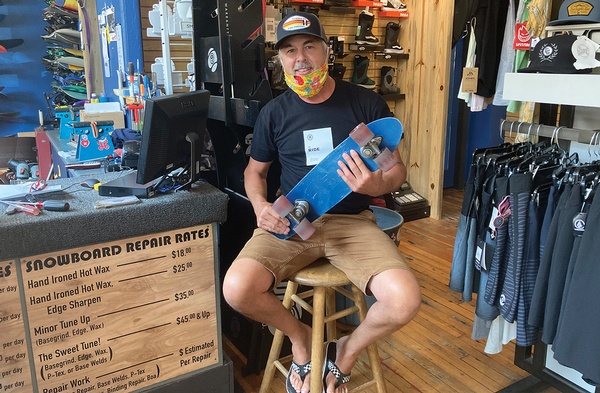 Boarding Haus owner John Agnew with a board just like his first one in 1976: an aluminum "GrinTech." Next week, Agnew celebrates 25 years of the Boarding Haus, which he started in 1995 with the help of former HassleFree Sports owner Tommy Peterson. Housed in the tiny cinderblock building next to Hasslefree on N. Main, the Boarding Haus moved downtown to take over Inferno's Main Avenue spot in 2017./ Photo by Missy Votel 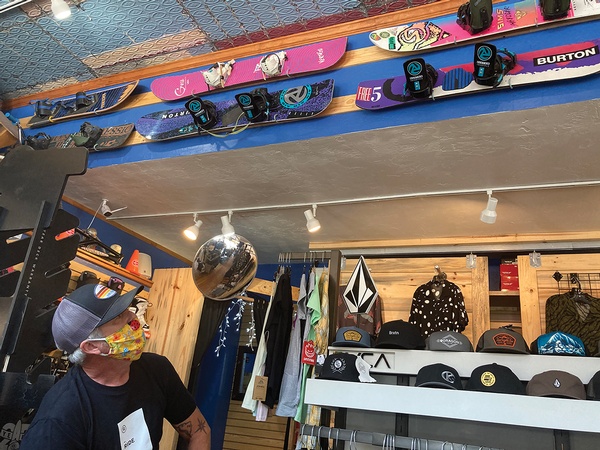 John Agnew takes a ride down memory lane with some early snowboards, which hang over the downtown shop./ Photo by Missy Votel