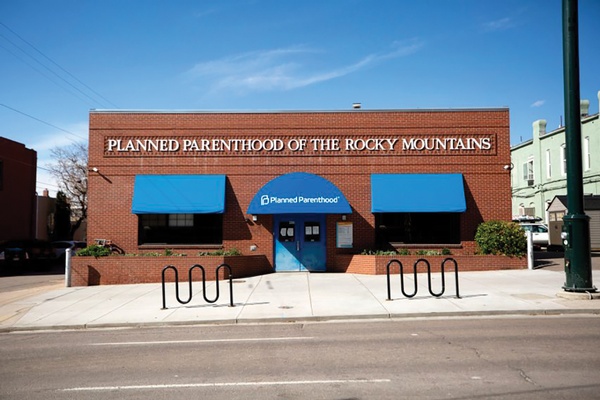 Planned Parenthood and The Cobalt Abortion Fund said donors have stepped up to provide additional funding for the expected wave of Texas patients who will be seeking services in Colorado in ight of that state's recent abortion ban.

Abortion providers in Colorado are anticipating an influx of people from Texas seeking abortion care after a new law went into effect Sept. 1. The Texas law bans abortion after six weeks of pregnancy and allows private citizens to sue both providers and others who help women receive abortion care, such as rideshare drivers.

Most women don’t know they’re pregnant until much later than six weeks after conception.

“It has been a very sad week for providers and health care specialists and certainly for our supporters as well,” Adrienne Mansanares, chief experience officer of Planned Parenthood of the Rocky Mountains, said.

But, providers aren’t surprised by the new law.

“The people who work in protecting abortion care have been waiting for this. We knew it was coming,” said Karen Middleton with The Cobalt Abortion Fund. “It’s an upsetting moment, but we’re committed to keep doing what we were doing and to lean in even more.”

For the Texas ban, critics cautioned that women will still need abortions, but now will have to travel farther and come up with the money to make a trip to a neighboring state.

“Fortunately there are a lot of supporters that have understood the tremendous need for flexible financial support, but I’ll tell you the well is very deep,” Mansanares said. “We’re talking hundreds of thousands of patients, all of them experiencing various specific barriers in their life when trying to seek very expensive care.”

During the beginning of the pandemic, Colorado providers saw an increase in patients from states that considered abortion care to be non-essential and closed many clinics, including in Texas. The Cobalt Abortion Fund stepped up its donation drives to provide support for patients then and plans to continue.

“The Cobalt Abortion Fund has not turned anyone away as long as we’ve been operating it,” said Middleton. “And we will continue to offer support.”

The Congressional Pro-Choice Caucus called an emergency meeting last week to discuss the Texas law and what Congress can do to protect abortion access throughout the country. At the top of the agenda is to pass the Women’s Health Protection Act which would ratify Roe v. Wade into law. House Speaker Nancy Pelosi is expected to bring it up for a vote when members return this fall.

For those who support abortion restrictions, the passage of the Texas law was a sign of hope.

“It’s been nearly five decades since the horrendous Roe v. Wade decision. The Supreme Court’s recent ruling to uphold the Texas Heartbeat Act is a positive first step in restoring states’ rights,” Rep. Doug Lamborn, R-Colorado Springs, said. “With the Dobbs v. Jackson Women’s Health case on the horizon, I hope that the Court is finally ready to protect the most vulnerable in society, the unborn.”

Tom Perille, president of the Democrats for Life of Colorado, said the Texas law is not necessarily the right approach, although any reduction in abortions is a good step.

“It certainly gives the opportunity for the pro-life community in Texas to reach out to mothers, and to treat both the woman and the baby,” Perille said. “I hope that they step up to do just that.”

Democrats for Life of Colorado were behind an abortion restrictions ballot measure, Proposition 115, earlier this year, which would have banned abortions after 22 weeks with some exceptions. Perille said he’s interested in seeing an audit of the number and circumstances of abortions in Colorado to gain better insight into the practice, which Perille claims is largely motivated by financial barriers.

“We don’t know the exact figures in Colorado without the abortion surveillance data,” he said. But, he continued, the lack of figures suggests there is an opportunity to help women who get abortions for financial reasons.