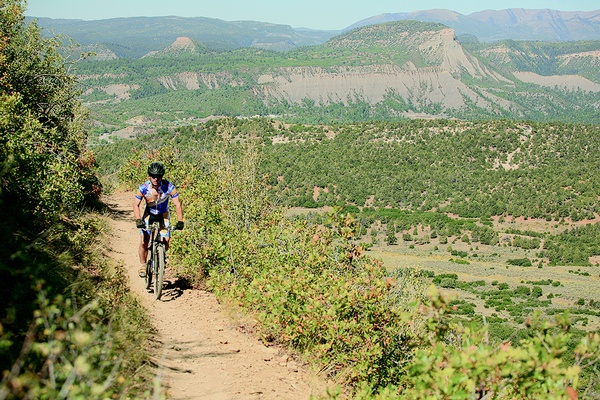 At a meeting scheduled for March 4, the Natural Lands Preservation Advisory Board will share with other board members and the community its possible solutions to an ongoing debate over e-bikes use on natural surface trails, including a new system of user-specific, directional trails that could be build at Durango Mesa Park./File photo

The latest idea coming from the City of Durango’s Natural Lands Preservation Advisory Board is to find a future home for the next big thing – e-bikes.

At the heart of it all is the idea to create a new system of user-specific, directional trails for electric bicycles, or e-bikes, instead of opening up existing ones. And, it just so happens there’s a large swath of land south of downtown where this could happen: Durango Mesa Park.

The park is a 1,850-acre property that was donated for public use by Mark Katz, former owner of Mercury Payment

Systems, and his family. The vision is to create a community hub that would be home to the La Plata County Fairgrounds, a sports complex, music festivals, parks and trails systems.

City officials already reached out to the Durango Mesa Park Foundation, the nonprofit behind the project, and asked if the group had any concerns with e-bikes. According to Parks and Recreation Director Cathy Metz, they did not have concerns and showed an interest in working with the community.

“We have an opportunity,” she added.

The Natural Lands, Parks and Recreation, and Multimodal advisory boards plan to meet at 5 p.m. Wed., March 4, at the Durango Rec Center to continue discussions about whether or not the city should allow e-bikes on natural surface trails in the city.

No decisions are likely to be made. But, the meeting will give the Natural Lands Board a chance to present possible solutions it has been working on, including the new system of user-specific, directional trails.

“I think the boards are going to want to hear from the community, as well as each other,” Metz said.

What: Joint Advisory Board Meeting on e-bikes

The upcoming meeting won’t be the first time the Durango community has debated e-bikes. Several years ago, the talk centered on whether or not to allow e-bikes on the Animas River Trail and other hard-surface trails. After months of public input and feedback, City Council decided to go with a yearlong trial run.

The trails were monitored regularly, as were public comments during that time. In the end, it became official. E-bikes are now allowed on the Animas River Trail as well as trails adjacent to Florida and Goeglein Gulch roads.

City officials also considered allowing e-bikes on natural surface trails back then, but decided against it. The reason the issue is back on the docket is because the Department of the Interior recently opened up trails on the lands it manages to e-bikes.

Since e-bikes first hit the scene, they’ve been regarded by land managers and federal agencies as motorized vehicles because they have electric motors. However, last summer, an order came down from Interior Secretary David Bernhardt instructing the agencies in his department – like the Bureau of Land Management and National Park Service – to begin allowing e-bikes on the same trails as mountain bikes.

There’s certainly been some controversy over the order. A lawsuit was filed last year by the Public Employees for Environmental Responsibility and other conservation groups, alleging the process behind the decision was flawed. The groups argue interior officials met with e-bike industry representatives behind closed doors to craft the new order when they should have made the process open to the public.

As the suit plays out in court, agency officials are left to interpret the order and attempt to implement it in their local jurisdictions – which is certainly true for the Tres Rios Field Office in Dolores.

The regional office, which oversees BLM lands in Durango and La Plata County, was in the middle of putting together its own travel management plan when the e-bike order was released.

That plan dealt with trail systems surrounding Cortez, Mancos and Durango – some of which crossed city-owned property in Overend Mountain Park and on Animas City Mountain – and proposed allowing Class 1 e-bikes (pedal-assist with a 20 mph speed cap) on the same trails mountain bikes are allowed on.

This crossover is the reason city officials are taking another look at e-bikes on natural surface trails. And, many of the arguments haven’t changed.

For those who support allowing e-bikes on the same trails as mountain bikes, it’s about access. Pedal-assist bikes open the outdoors to people who are older, disabled or have other physical challenges. The Class 1 bikes only assist someone who is already pedaling and do not have a throttle.

“I’m going to be 67, and I’ve had both knees replaced,” Richard Speegle, a Durango resident and member of the Parks and Recreation Advisory Board, said. “I wouldn’t be mountain biking if it wasn’t for e-bikes.”

For others, the key issue is the motor. If natural-surface trails dedicated as nonmotorized are suddenly opened up to e-bikes, then the flood gates are open. Today, those trails might be open to Class 1, but tomorrow it could be Class 2, then Class 3, and so on.

“We shouldn’t go rolling back long, hard-fought decisions around motorized and nonmotorized areas,” Michael Carroll, senior director with the Durango-based Wilderness Society, said. “We need to be prudent when we’re introducing a new use … and thinking about what impact that has down the road." 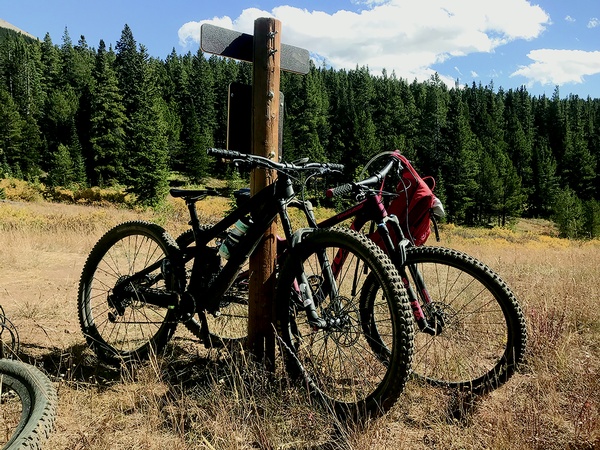 New mountain bike trails - along with the possibility of allowing e-bikes - are part of the BLM's proposed travel management plan in the Southwest. To keep up with the latest from the local office and their implementation of the e-bike order from the Interior Department, visit go.usa.gov/xE6ZU./File photo 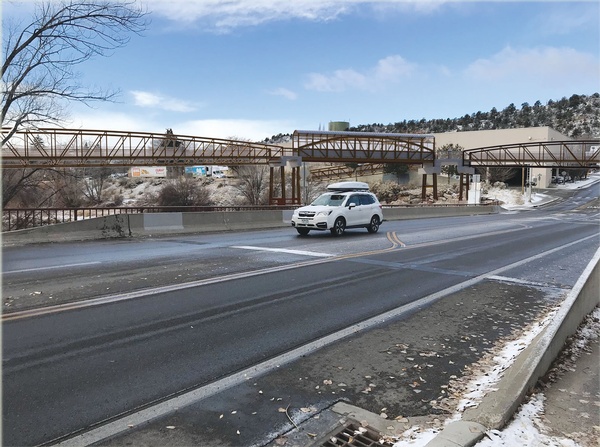 With a renewed debate over the proposed bridge connecting the north section of the Animas River Trail near 32nd Street (an artist rendering pictured above), city officials are hosting a community meeting tonight at the Rec Center.

It’s been about a decade since the conversation over the bridge began, so officials will likely recap many of the ideas and possible solutions reviewed earlier in the process. They’ll also answer questions and hear comments from the public.

To keep up with the process or for more information, email rec@durangogov.org.