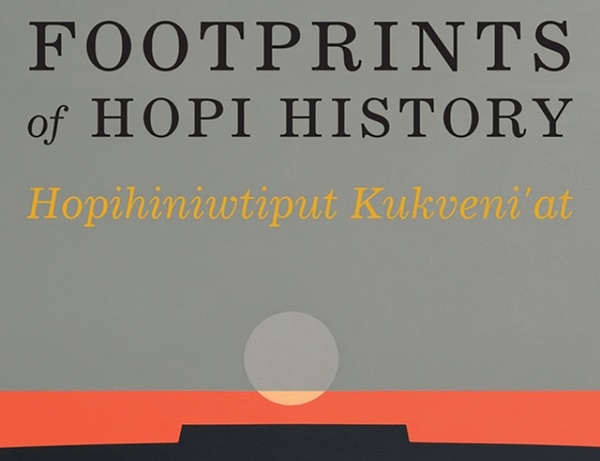 When I was a teenager, I spent some weekends, holidays and most of the summers at my father’s little house overlooking a small canyon on the edge of Cortez. On his and my days off, we’d get up early, drink some instant coffee and drive west onto the Great Sage Plain. The old car floated over rolling hills on county roads that started out paved but inevitably became washboard nightmares that rattled dashboard screws free and caused dust to rise from the old car’s floorboards to mingle with the smoke from my dad’s cigarettes. Each of us stared silently out the windows, ruminating on rows of vibrant green bean stalks rising from red earth or cubical hay bales lined up on a freshly cut field.

Eventually he would steer the car to the side of the road and park in what seemed like an arbitrary spot. Then we ambled through sage, piñon, and juniper – and, in the heat of summer, the incessant cicada-screech – until we came to a fragment of a wall sticking up from the earth, perhaps, or maybe just a pile of hewn stones covered with lichen with potsherds scattered about: a cultural site, the remains of a structure from the Pueblo II or III period.

We then walked delicately around the site, studying it, my father looking for architectural features, the function of which archaeologists had yet to discern – alignments of large stones, walls set apart from other structures, Chaco-style swales, often called “roads” for lack of a better term. My job was to find high vantage points, such as on top of a nearby hill or in the branches of an ancient juniper, from which I could see the surrounding skyline in order to see how the architecture fit into the larger landscape. Did walls or berms align with Ute Mountain or the Bears Ears, for example? Did a road point due north? Was there a sign of a similar structure on the opposite side of a canyon?

I almost always found these sorts of alignments – or perhaps I imposed them upon the structure. Yet I never knew what to do with that information or what it meant.

My dad was doing archaeology of a sort, informed by Pueblo scholars with whom he worked as Crow Canyon Archaeological Center’s research director. Although I didn’t know it at the time, I think I was doing something more like place-ology, trying to better understand my place in Place by piecing together how the Pueblo people placed themselves in Place through their architecture. These two approaches may have been one and the same.

Memories of those site visits returned recently as I listened to the screechy thrum of cicadas and pored through Footprints of Hopi History: Hopihiniwtiput Kukveni’at, a 2018 book edited by Leigh Kuwanwisiwma, T.J. Ferguson and Chip Colwell, with contributions from a number of Hopi and non-Hopi scholars and archaeologists. It’s not a new book, but it’s a remarkable one, and a must read for anyone interested in the archaeology and history of the Four Corners country.

As the title implies, the book delves into the history of the Hopi people placing footprints – or migrating from place to place – over the course of millennia around the Four Corners until they reached the center place, or Tuuwanasavi, on the Hopi mesas. But it tells that story through the lens of another narrative; one about the creation of the Hopi Cultural Preservation Office and efforts by its longtime director, Kuwanwisiwma, to retake control over the Hopi story and how it is told. You might call it history sovereignty.

One way in which the Hopi Tribe could have done this is to simply shut out non-Hopi researchers and archaeologists, which would have been an understandable response to what one of the contributors to the book called historicide, or the anthropological community’s failure to see Hopi history from the Hopi point of view. Instead, Kuwanwisiwma and his colleagues take a different approach: educating non-Hopi scholars, government officials and archaeologists through collaboration. In many ways, Footprints is the manifestation of that collaboration.

One chapter, “The Genetic Diversity of Hopi Corn,” by Kuwanwisiwma, Shirley Powell and Mark Varien, lays out the details of one of those partnerships with the Crow Canyon Archaeological Center. Crow Canyon researchers wanted to better understand the farming techniques of the Ancestral Puebloans in the northern San Juan or Mesa Verde region. The northern San Juan Puebloans most likely grew crops without the aid of irrigation, relying only on direct precipitation, just as the Hopi still farm today.

So, Hopi farmers got together with Crow Canyon to cultivate experimental plots at Crow Canyon. While the Crow Canyon farmers wanted to mix several strains of corn in one plot, the Hopi farmers insisted that each strain be separated into distinct plots to avoid cross-pollination and hybridization. This discussion led to the possibility of analyzing the DNA of the current Hopi corn varieties in order to determine where the corn originated, to protect existing strains, and to protect Hopi intellectual property.

Ironing out details and addressing everyone’s concerns took years, but eventually the testing went forward. The results showed that different strains of Hopi corn are genetically distinct, not simply morphologically different. “This result supports the Hopi view and the view of other Pueblo groups that varieties of Hopi (and Pueblo) corn, distinguished by color, have distinct characteristics that were important to the survival of Pueblo people,” the authors write. “Clearly, thousands of years of Hopi plant husbandry have created and preserved morphologically and genetically distinct corn varieties that are uniquely suited to the highly variable environmental conditions of the northern Southwest.” Hopi corn may be just what is needed in these times of climate change-induced aridification as more and more crops become unviable in the dry West.

Most enlightening was a theme that runs throughout the book: The importance of landscape to the Hopi people. The land is not merely a backdrop against which human history plays out. It is integral to that history and culture; you can’t have one without the other. “The Hopi past and present are shaped by the way the land is remembered and discussed,” write the authors of a chapter on “multivocal approaches to Hopi Land.” Landscape is not just a trigger for memories, it is memory.

This concept is important to consider when thinking about preserving and protecting cultural sites in places like Bears Ears National Monument. It is not adequate merely to draw a line or put up a fence around a single Puebloan structure or village. The physical village is only a small piece of a much larger ritual landscape, it is the center of “a nested set of landscape features that mark cardinal directions, sacred places and boundaries, giving physical definition to the notion of centeredness,” write Wesley Bernardini – informed by the work of Alfonso Ortiz – in “Visual Prominence and the Stability of Cultural Landscapes.” If you want to protect a village, you have to include far more than just the architectural remnants.

Establishing a 2-million-acre national monument, in other words, is perfectly reasonable and is in line with the Antiquities Act’s mandate to set aside the smallest area possible in order to preserve the antiquities in question.

Bernardini’s chapter was the one that brought back those memories of site visits with my dad. Bernardini describes visiting sites with Kuwanwisiwma who, instead of staring at the ground, like most non-Hopi archaeologists, would look out to the horizon and take stock of the landforms he saw. He and his colleagues would often be able to discern which clan occupied the site based on the information they gathered.

Bernardini goes on to present a methodology for placing a site in its landscape and in relation to landforms near and far in order to “operationalize an Indigenous spatial lens that can identify likely cosmological landmarks.” Back during my site visits, I was doing a version of this, albeit an uninformed one in which I didn’t quite know what I was looking for, even if I had a vague sense of it.

Now, thanks to Footprints of Hopi History, I have a slightly better understanding of what I was seeing. I look forward to taking that new knowledge back out onto the Great Sage Plain.

The Land Desk is a thrice-weekly newsletter from Jonathan P. Thompson, longtime journalist and author of River of Lost Souls, Behind the Slickrock Curtain, and the forthcoming Sagebrush Empire. To subscribe, go to www.landdesk.org.?