Saving the San Juans
Will third time be the charm for Southwest Colorado wilderness act? 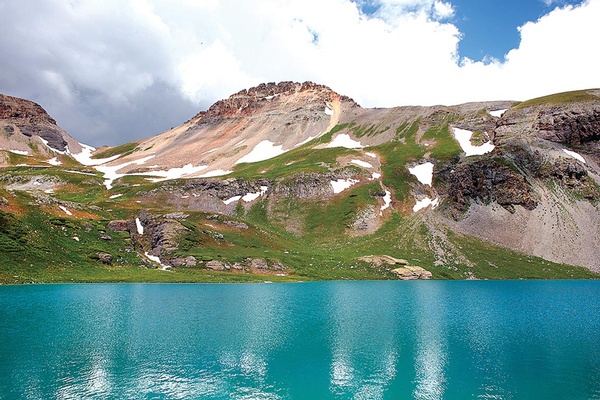 The popular Ice Lakes area near Silverton would be included in the proposed 21,620-acre Sheep Mountain Special Management Area. The area is one of the largest roadless areas in Colorado not designated as wilderness. The Special Management Area would be similar to the Hermosa Creek Watershed Protection Area in that it would be closed to future mining and new road construction./File photo

When former Rep. John Salazar, D-Colo., introduced an act to expand wilderness areas in the San Juan Mountains, political battles over remote landscapes in the American West weren’t often the subject of national news. That, of course, was before the largest reduction of federally protected land in U.S. history. The recent reduction of Bears Ears National Monument pushed the conversation to center stage. Since then, debates over public lands have become intensely ideological and partisan.

It is in this politically charged climate that Sen. Michael Bennet, D-Colo., re-introduced the San Juan Mountains Wilderness Act last week, a bill that has twice fizzled in the halls of Congress. The question is, will the third time be the charm or will the bill fall victim to what many call an anti-conservation Congress?

The bill is set to expand and create new wilderness and special management areas in the North San Juan Mountains. It’s a landscape where blue mirror lakes reflect glacier-carved cliffs and mountains unfurl into desert badlands.

“We must do our part in Washington to push this bill across the finish line,” Bennet said in a statement. “Not only are these iconic landscapes vital to outdoor recreation and local economies, but they also stand as a symbol of our public lands legacy in Colorado – a legacy we must pass onto our kids and grandkids.”

The act would add 20,438 acres to the Mount Sneffels Wilderness Area – where the current boundary bisects the fourteener’s summit and excludes the imposing facade of Whitehouse Mountain. Near Telluride, the Lizard Head Wilderness Area would see small additions to round out the borders and add the west face of Wilson Peak, another prominent fourteener in the region.

“Those types of areas are underrepresented in the wilderness system,” Jeff Widen, of The Wilderness Society, says. “However, one of the goals of the system is to protect a range of natural ecosystem types.”

To that end, the San Juan Mountains Wilderness Act will also designate the northern half of the existing McKenna Peak Wilderness Study Area in San Miguel County. Here canyons and arroyos cut through the grey Mancos shale and Mesa Verde sandstone. Cactus and hardy desert plants dot the landscape below the bare, crusty slopes of McKenna Peak. Such a designation is unique as it would be the only desert wilderness and the only wilderness area overseen by the BLM in Southwest Colorado.

Proponents have lauded the collaborative, community-driven efforts to create the act. During negotiations with stakeholders in the area, various concessions were made to accommodate recreation use (like the Hardrock 100 race course), mining activities and motorized travel. The Sheep Mountain Special Management area – which includes the iconic Ice Lakes Basin and the headwaters of South Mineral Creek – will not become a wilderness area in part because of existing helicopter skiing operations in the area.

The act will also protect municipal water supplies in Naturita Canyon, a tributary to the San Miguel River. The so-called Naturita Canyon Mineral Withdrawal will remove 6,000 acres from future oil and gas development.

According to Widen, wilderness areas are traditionally a nonpartisan issue, and in Colorado every designation has had support across party lines.

“We as a country have decided that preserving areas in their natural state is a good and positive thing,” Widen says. “Good for protecting clean water supplies, clean air and wildlife habitat. It’s almost a spiritual respite from the modern world.”

When the Wilderness Act was signed in 1964, the country was in the throes of change. The environmental movement was coming into its own, inspired by growing concerns over atomic waste, chemicals and air pollution. Americans were also tuning into the damaging effects of timber and extractive industries, particularly in the West.

The Wilderness Act drew much of its inspiration from writers like Henry David Thoreau, John Muir and Aldo Leopold. In its most famous passage, the act seeks to define wilderness as an area “where the earth and its community of life are untrammeled by man, where man himself is a visitor who does not remain.”

A wilderness area receives the highest level of federal conservation protection available. In fact, American wilderness areas are among the most protected landscapes in the world. And preserving wilderness for wilderness’ sake is a very American concept. In much of the developed world – Europe, for example – wild places on the map were erased centuries before they could be valued as such. That we still have something to protect is what makes the Wilderness Act so unique.

The San Juan Mountains Wilderness Act was first introduced into Congress in 2009 after several years of negotiations with local businesses, landowners, residents and municipalities. In 2010, it passed the House Natural Resources Committee with a unanimous vote, and in 2013, it passed the Senate Energy and Natural Resources Committee. It was first spearheaded by Salazar and later by Sen. Mark Udall. After Udall was defeated by Cory Gardner in 2014, Bennet picked up the banner.

The act has been supported since the beginning by San Juan, San Miguel and Ouray counties, as well as numerous regional conservation organizations including the San Juan Citizens Alliance and Great Old Broads for Wilderness. Telluride Ski Resort, Telluride Helitrax, and a slew of other regional businesses have praised the legislation.

It is likely opposition will arise from motorized recreation groups like snowmobile and OHV advocates who say the wilderness act would cut access to trails. A bigger threat, however, may be ideological opposition to wilderness designations, says Widen.

“It used to be that if you had a house member who had a wilderness proposal in their own district, the two senators would support it as well,” he says. “That doesn’t happen anymore. It’s become so ideological.”

Mark Pearson, executive director of the San Juan Citizens Alliance, says it remains to be seen if Colorado’s Republican Sen. Cory Gardner will get on board. “He’s the only senator in Colorado history to never sponsor a wilderness bill,” Pearson says.

Alternatively, the backlash to increasing attacks on public lands and environmental regulations could also have a positive effect by galvanizing political involvement in the run-up to mid-term elections.

“We are hoping that after November we have a conservation-friendly majority at least in the House, if not the Senate,” Widen says. “We would go from having zero chance to a really good one.”

For more detailed info and maps, go to: www.sanjuancitizens.org/san-juan-mountains-wilderness-act