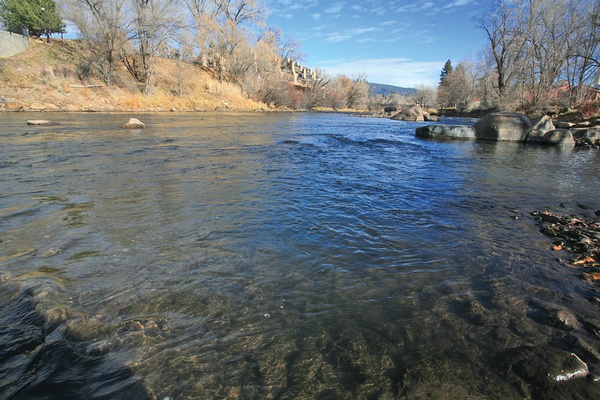 Locals are putting together a Community Advisory Group that will be an official part of the Superfund in Silverton, the Bonita Peak Mining District. The group will serve as the primary point for communication between the Environmental Protection Agency heading up the site and the communities who depend on the Animas River./Photo by Stephen Eginoire

It’s time to make it official. Since the Bonita Peak Mining District was first declared a Superfund site in the summer of 2016, residents have been looking for ways to stay involved.

Whether it’s keeping up with meetings hosted by the Environmental Protection Agency, creating a citizen workgroup, or simply signing onto the latest email list, locals have been putting in the time to stay informed.

Now, they’re getting a seat at the table.

Pull up a chair

For decades, residents have struggled to deal with the hundreds of abandoned mines littering the mountains surrounding Silverton and the waste seeping from those mines into the headwaters of the Animas River.

Efforts to address the situation gave rise to groups like the Animas River Stakeholders Group in 1994 and, most recently, the San Juan Clean Water Coalition. The community even debated a Superfund designation as a way to help long before the Gold King Mine spill in August 2015.

But, once the spill happened and the river turned orange, any opposition to the idea of Superfund status dwindled, and the community came together in support of it.

When the Bonita Peak Mining District was created a year later, many locals considered forming an official Community Advisory Group, or CAG – most Superfund sites across the country have them. But, at the time, lawsuits were flying and the blame game over the Gold King spill was in full swing. It was believed the CAG could quickly become political.

Instead, a Citizens Superfund Work-group was formed. As an unofficial part of the Superfund story, its goal was partly to educate the public and partly to stay involved.

The group met several times starting in the fall of 2016, hosted tours of some of the abandoned mines – including the EPA’s processing site for waste from Gold King – and put together a list of goals that residents wanted to see the EPA address in coming years. They even hand delivered that list to EPA officials in the region and elected leaders in Washington, D.C., this past summer.

Now that the Citizens Superfund Work-group has finished what it set out to do and the flurry of litigation and politics  has settled down, it’s time to move forward with the creation of an official Community Advisory Group.

One of the big differences – and benefits – of a Community Advisory Group versus a citizen workgroup is that it’s part of Superfund law.

Superfund designations are governed by the Comprehensive Environmental Response, Compensation and Liability Act, also known as CERCLA. Under that law, the EPA is required to give local communities representation and a way to engage with the process. They do that through the advisory group.

“It is the primary communication mechanism between the EPA and those in the affected watershed,” Ty Churchwell, San Juan Mountains Coordinator for Trout Unlimited and a member of the CAG Formation Committee, said.

Although the EPA needs to approve the group, they don’t really have any say in it. Churchwell said it’s initiated, driven and funded by the community. The only requirement the EPA gave to the CAG Formation Committee is that it must be diverse and include representatives from recreation, environment, agriculture, mine remediation, public health, local government and more.

“As long as we have people on the CAG that represent a broad group of stakeholders, (the EPA) will endorse our process,” Churchwell added.

The CAG will be limited to 15 members, but the entire process is open to the public. Meetings will be posted online and anyone can sign up to receive updates. The group also plans to host meetings in Silverton and Durango.

The formation committee includes Churchwell; Peter Butler, co-coordinator for the Animas River Stakeholders Group; Marcel Gaztambide, Animas Riverkeeper for the San Juan Citizens Alliance; Shannon Manfredi, facilitator for the Animas River Community Forum; and Anthony Edwards, community liaison for San Juan County and the Town of Silverton. The group is taking applications through Dec. 22, and members will be announced in early January.

Butler said he thinks they’ll likely receive a lot of interest from locals looking to be part of the CAG. But, even if someone isn’t selected to serve, everyone can still be involved.

“I think we’re really lucky we have a lot of citizens who are knowledgeable and experienced,” Gaztambide added.

CAG members will likely serve three-year terms, but those details can be ironed out in their first meeting set for Jan. 31. Time will also be taken in that first meeting to write a mission statement, develop operating procedures and decide on future meeting times.

Most CAGs last the duration of the Superfund designation, which could easily be 15-20 years – or more.

“It’s a completely open and public process,” Gaztambide said. “Even if you don’t feel you could be a member or at every meeting, you can still stay informed about what’s going on with the headwaters of your river.” 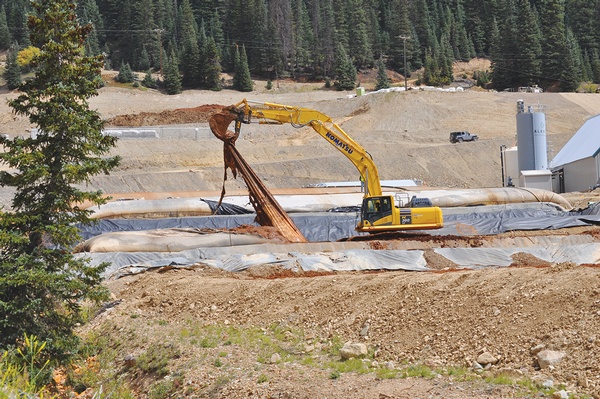 Above: Wastewater from the Gold King Mine, along with lime, is pumped into gigantic bags designed to allow the water to leach out while metals and other materials, which attach to the lime, remain. In the end, only a burnt orange sludge is left. An excavator then rips open the bags and the sludge is moved up the hill to be laid out to dry. For the past two years, this has been the process for addressing mine waste flowing from the Gold King, but no permanent facilities have been built and even nearby mines have not been addressed. It's something the EPA has been criticized for in recent weeks. At a November meeting, EPA officials said although it is taking longer than they hoped to collect initial data and craft a long-term plan for addressing mine waste in the Bonita Peak Mining District, it's still early on in the process./File photo

Get your group on

To find out more about the Community Advisory Group, sign up for their email list or to apply, visit www.bonitapeakcag.org

Applications are being accepted until Sat., Dec. 22. Members will be announced in January.

The first meeting will be from 6:30-8:30 p.m., Jan. 31, in Silverton. If you have any questions, email the formation committee at bonitapeakcag@gmail.com