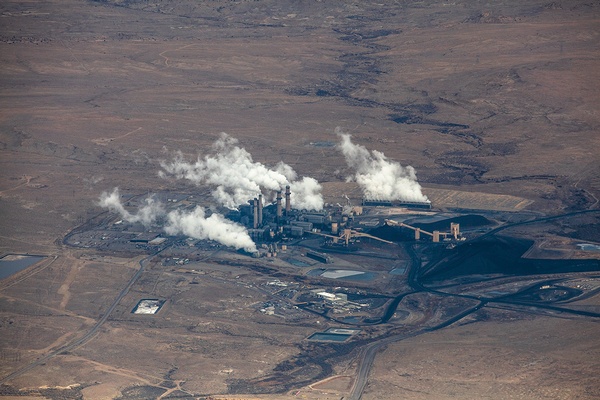 The San Juan Generating Station near Shiprock, N.M., pictured above, was once the only way to power the Southwest. Today, communities across the region – including those in LPEA's service territory – are finding ways to expand their local renewable energy portfolios./Photo by Stephen Eginoire

They want in. La Plata Electric Association’s Board of Directors gave the go-ahead last week for the coop’s legal team to file a request to get involved in a key case between Tri-State Generation & Transmission – LPEA’s power supplier – and Delta-Montrose Electric Association.

“This is going to be a really interesting case,” Mike Dreyspring, La Plata Electric’s CEO, said.

Breaking up is hard to do

Last year, Delta-Montrose decided to buy out its contract with Tri-State – making it the second customer of the power supplier to do so. Instead, it planned to power its territory by increasing local renewable energy production as well as partnering with a wholesale power provider.

The staff and board for the electric coop, which serves 27,000 members across Montrose, Delta and Gunnison counties, had done their homework. They knew Kit Carson Electric near Taos – the first coop to split with Tri-State – paid $37 million to cut ties. Therefore, they had an idea of how much it might cost them to do the same.

But when Tri-State came back with a number, which hasn’t been disclosed, it far exceeded anything Delta-Montrose envisioned. Tri-State was also not willing to disclose the formulas or calculations it used to get to that number.

In response, Delta-Montrose filed a complaint with the Colorado Public Utility Commission on Dec. 6. It called the most of the buyout unreasonable, unjust and discriminatory and asked the state agency to step in.

Tri-State countered by filing something of its own – in court. The power supplier is claiming the Colorado Public Utility Commission doesn’t have jurisdiction because it’s a state agency, whereas Tri-State serves 43 electric cooperatives across Colorado, Nebraska, New Mexico and Wyoming. Tri-State’s argument is that this should be settled in the federal courts.

All this back-and-forth, though, played out over the holiday season – which, it turns out, has caused another hiccup.

Because of open meeting laws, Christmas and New Year breaks, and the need to get board approval, LPEA wasn’t able to get its legal request to the Colorado Public Utility Commission before Jan. 9 – the deadline for filing a motion to intervene.

Therefore, LPEA had to first ask the state agency to allow it to enter the fray a little late. Dreyspring thinks with the mitigating circumstances and timing, LPEA’s request to intervene will likely be approved.

In fact, he said, the commission just might extend the deadline another 30 or 60 days because other groups have also asked to jump on board a little late.

There is a lot at stake in this case – which is why so many groups and individuals want to weigh in. Besides LPEA and the Colorado Energy Office, more than 50 state legislators and 37 other coops under Tri-State’s umbrella have filed briefs or sent letters showing support for one side or another.

The Colorado Energy Office sided with Delta-Montrose and wants the commission to rule on the complaint because it wants to open the door to more renewable energy.

If the commission prescribes a formula to establish a just and reasonable exit charge, it may allow other members of Tri-State to exit voluntarily and fairly in order to pursue additional renewable energy generation and economic development,” the office’s filing reads.

On the other side, are the 37 cooperatives under Tri-State’s umbrella who agreed with the power supplier’s argument that this case is a matter for the federal court system.

Although LPEA sided with Delta-Montrose, it wasn’t a straightforward decision.

It can be risky for independent cooperatives to ask state agencies to regulate their businesses. The more these agencies intervene, the more autonomy the coops risk giving up.

Board of Directors did not take the decision to get involved lightly.

Ultimately, it decided to move forward because this case will affect all other cooperatives looking to buy out their contracts – something that LPEA’s Power Supply Committee is currently researching.

If Tri-State is allowed to treat Delta-Montrose this way during negotiations, it could treat any of its coop members the same way, including LPEA.

Transparency is what really matters to LPEA. The local coop needs to know just how Tri-State calculated the buyout cost because the staff, board of directors and members can’t debate whether or not to buy out its contract without all the facts.

“I’m not saying LPEA is going down that path,” Dreyspring explained. “That’s a board decision. What we’re supporting is, we want Tri-State to be transparent in how they calculate the buy-out number.”

Last week, La Plata Electric Association’s Board of Directors announced it has set a goal of reducing the coop’s carbon footprint by 50 percent by 2030, all while keeping rates low for its members. Ron Meier, LPEA’s manager of engineering and member relations, said the next step is to set the specific standards and benchmarks moving forward. “Now the real work begins,” he explained. “We want to do all we can for the benefit of our consumer members, so we want to make sure we’re prudent and study everything as we proceed. We will keep our members informed of what we learn and how we plan to evolve as we move along this road to the future.”

Not their first rodeo: Tri-State appeal still in federal limbo 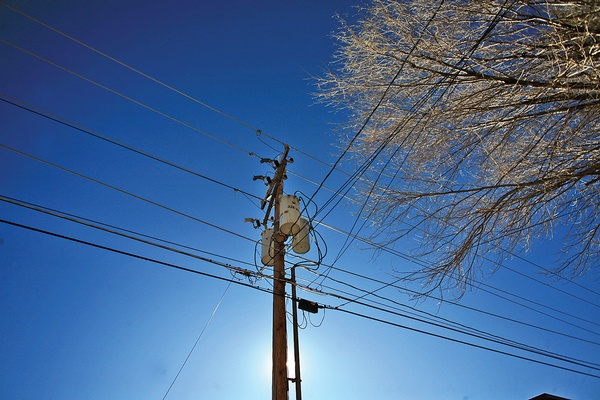 This isn’t the first skirmish between Delta-Montrose Electric Association and Tri-State Generation & Transmission.

Back in 2015, the issue was about what’s called “qualifying facilities.” Essentially, a federal law passed in the 1970s encourages electric companies to work with renewable energy businesses. There’s several things in the law – the Public Utility Regulatory Policies Act of 1978 – that help renewable energy companies deal with rate and regulatory hurdles.

So when a hydropower company, which was a qualifying facility, came to Delta-Montrose and said it wanted to set up shop, the coop had to agree. But adding the hydropower project to their renewables portfolio meant Delta-Montrose would exceed the 5 percent cap on renewable power in its Tri-State contract – the same cap LPEA has in its contract with Tri-State.

Tri-State wanted Delta-Montrose to pay for going over the limit, but Delta-Montrose contended it had no choice since the hydropower project was a qualifying facility, and it shouldn’t be punished for it.

Much like the recent case, there was a lot of back-and-forth, with policy changes and complaints. In the end, though, the Federal Energy Regulatory Commission sided with Delta-Montrose.

The decision was a shock to many in the industry, who felt the door was now open for more local renewable production – not just in Tri-State’s territory, but across the nation. Tri-State appealed the decision and asked the federal agency to reconsider.

That was more than three years ago, and today, the appeal is still sitting on someone’s desk. It’s not known when, or if, the federal agency will ever take another look. The one thing that is known is that as long as the case is still pending, everyone has to be prepared in the event the agency reverses its decision.

For example, if a qualifying facility were to come to LPEA wanting to build a solar array, the two parties would need to decide who would pay Tri-State’s extra fees should the feds one day change their minds.

LPEA CEO Mike Dreyspring said the coop could do more with qualifying facilities if the case was settled once and for all. “It kills many prospects for us,” he added.